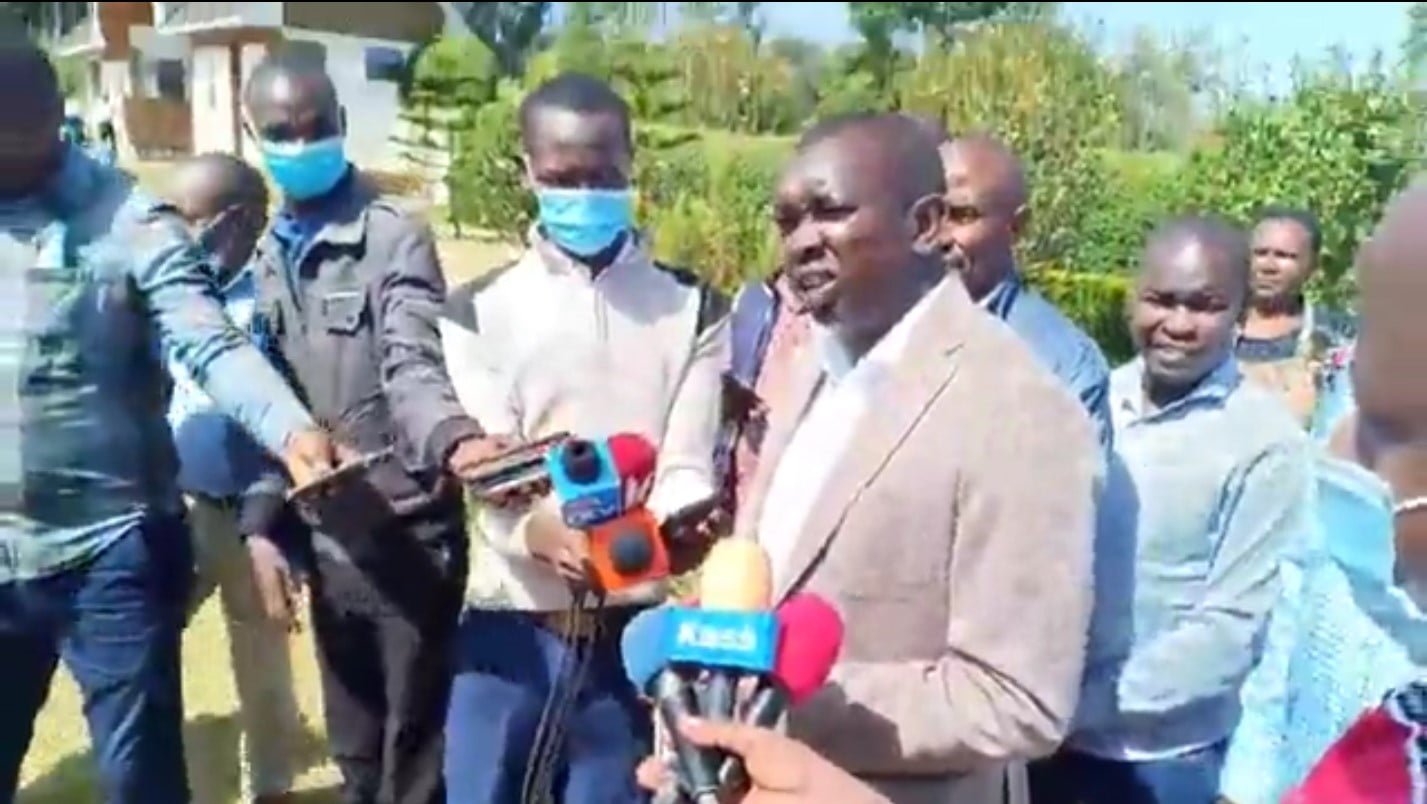 While addressing a media briefing from Uashin Gishu County, Sudi together with a group of Political leaders from Rift Valley have castigated Uhuru’s statements this past weekend as hate speech which is now targeted at fueling animosity between communities, adding that, Rift Valley Region residents won’t allow Uhuru to divide the region based on those who support William Ruto and those who support Gideon Moi and the BBI.

Speaking on Saturday when he met 5000 delegates from Mt Kenya region, the President gave yet another indication that he might not support his deputy William Ruto when said he is not indebted to any individual but the people of Kenya,

“Some people keep saying I made a promise to them. No, I only have a promise and covenant with the people of Kenya,” the President said.

In regards to his Jubilee Party Membership, Oscar Sudi has reported that he has already packed his belongings and that he will soon demand his money and take it to UDA Party.