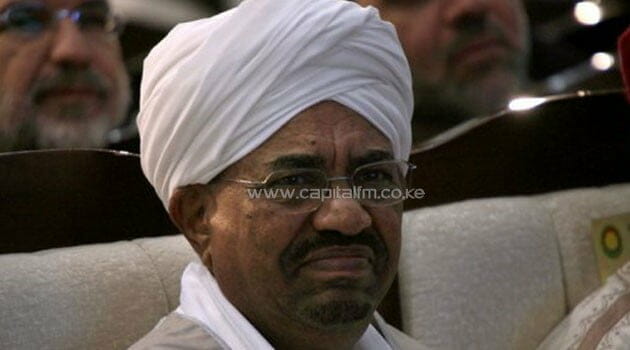 Sudanese President Omar al Bashir said Thursday he would stand down if he is voted out at polls in April, as he launched his campaign which he is widely expected to win.

“I will leave but by the ballot box,” Bashir told a rally in Wad Madani southeast of Khartoum, where he was launching his campaign for the presidential election.

“The Sudanese people hold power and choose who governs and represents them through the ballot box,” he told the cheering crowd on the outskirts of Wad Madani, in Jazira state, a farming area.

Bashir, 71, also criticised his opponents who have said they will boycott the April 13 legislative and presidential elections.

He said there was no place for those seeking power through “conspiracies or foreign allegiance, whether they meet in Addis Ababa or Paris”.

Various groups opposed to his government, including political parties and armed rebels, have signed agreements in the Ethiopian and French capitals.

Standing on a metal stage in front of the supportive crowds, Bashir gave few concrete details of his programme for another term in power.

People arrived in buses from throughout Jazira region to attend the rally, many wearing the traditional gleaming white Sudanese robes and turbans, and waving Sudanese flags and pictures of Bashir.

The ruling National Congress Party started its own campaign for the elections on Tuesday.

Bashir did not attend Tuesday’s launch because he was in the United Arab Emirates, flouting an International Criminal Court indictment for alleged war crimes in the western region of Darfur, where his government has been battling insurgents since 2003.

The career soldier seized power in a 1989 Islamist-backed coup and won an election in 2010, which the opposition also boycotted and observers said failed to meet international standards.