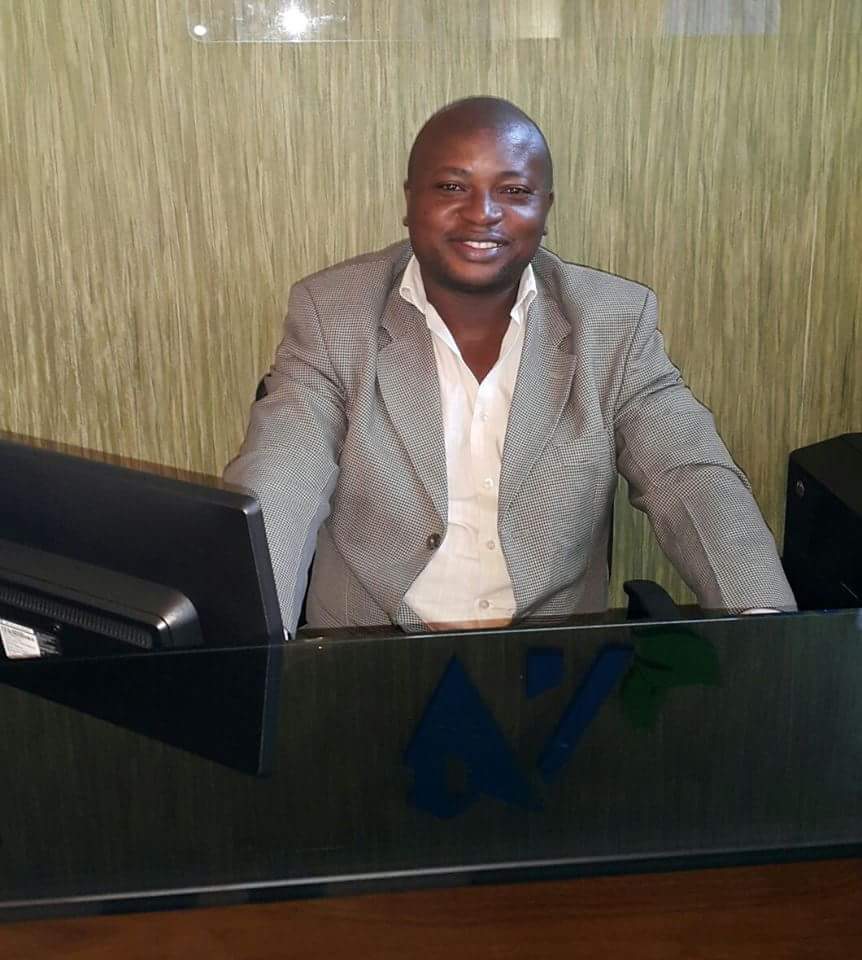 Caption: Bribed journo Gordon Opiyo who lives off handouts by the JAP Party to feed his family.

The Jubilee regime has employed a series of diverse messaging tactics, ranging from fear-mongering by the likes of Ory Okolloh who was tweeting about an Internet blockade if Kenyans decide to revolt in 2017, or subliminal/subtle campaigns by leading lights. The strategy works best with journalists hailing from “opposition” regions as the message will be viewed as independent.

The messaging by Gordon Opiyo is aimed at sanitising graft, and show that this country’s elections rotates around a two-horse race, with the innocent victims being Kenyans who are forced to choose between two evils.

The empty sophistry by Gordon Opiyo would wish to reinforce the narrative that there are no corruption-free Kenyans out there, who can be able to steer Kenyan into wealth and prosperity. Such journalists misuse their platform to run agendas for little pay, selling their souls in similar fashion as a prostitute would commercialise her vagina.

Here is the article by Gordon Opiyo.

Moral Authority And Tough Choices: In the run up to the 2002 General Elections, I had the privilege of meeting several Politicians opposed to KANU and Baba Moi. I started off as a reporter with the political paper, Weekly Review. In 1999, I remember meeting people like Mukhisa Kiutuyi, Anyang Nyong’o, Kiraitu Murungi and others in very average eateries. We used to meet in places like Njunguna’s along Waiyaki way. The passion they had for Kenya was real. The problems they were facing, were nearly the same as those of average Kenyans. They had no vested interests, and when they spoke, they spoke for Kenyans.They had normal Toyota Vehicles, and no security. They truly represented Kenyans.
During that period (1998-2002) Raila Odinga was deep in the KANU Plunder. He was in something called “Co-operation” and was deeply involved in several energy sector deals where he made some good money. (It is during the “Co-operation” that Raila actually became a billionaire.)
When people like Mwai Kibaki, Gitobu Imanyara, and James Orengo were busy fighting to liberate Kenya from the KANU oppression Raila was working closely with Wetangula who, after defending KANU as nominated MP between 1992 and 1997 was rewarded by KANU to head the lucrative Electricity Regulatory Board in 1998.

Wetangula was the chairman of the Board at a time when Gichuru and Okemo were fleecing Kenyans billions of shillings via the Electricity Sector, and hiding the money in Jersey. Kalonzo was KANU Damu, and long serving Organising Secretary.

In other words at a time when the whole Country was planning to kick KANU out, all the top three CORD Luminaries were busy plundering Kenya.

Fast Forward to 2016>>>>> The main voices against Corruption in Kenya are Raila, Wetangula, Kalonzo…….. and wait……. Jacob Juma!!!!! I agree that Jubilee has squandered lots of goodwill due to massive corruption and open tribalism. But the big question is this- What Moral Authority do the current opposition leaders have in speaking against Graft?

You know as Kenyans we have lost it when we have people like Jacob Juma and Moses Wetangula leading the fight against corruption. We could as well invite Brother Paul Kamlesh Pattni to lead the anti corruption crusade.

Where are the Kivutha Kibwanas, James Orengos Gitobu Imanyaras and Kiraitu Murungis of the 1990s? Where are the Passionate Young voices that persistently cried for Kenya? Where are the voices from the Universities that called for Justice (Not the Babu Owinos of this world)?

Clearly, Kenya does not have a THIRD FORCE that distinguishes itself from the the two thieving sides of the political divide.

That is why when it boils down to the two camps- I will wake up at 3 am to vote back Uhuru.

At least by the time 2017 reaches, his camp will have eaten and would be full kabisa. Maybe, he will one day take action.Voting the Raila camp will mean that they will descend on massive eating to compensate the years they have been salivating from the sidelines.

It is a tough choice, but that is what Kenyans have on the table- we are between a rock and a hard place. As long as there is no sensible and viable Third Force- Afadhali Uhuru Tena.