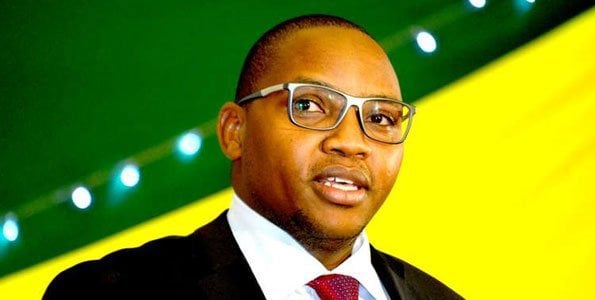 Struggling supermarket giant Tusker Mattresses Limited trading as Tuskys has now been put under probe over Sh1.2 billion debt it owes to its suppliers.

The Competition Authority of Kenya (CAK) is investigating the bank accounts of supermarket chain; and Tuskys has now been ordered to furnish the regulator with its monthly bank statements for the past one year for all bank accounts relating to its retail business by end of this week.

Two weeks ago, suppliers complained to the government to help them not lose their money and livelihoods as it happened to another retailer, Nakumatt in the past.

Government, through the ministry of Industrialization Cabinet Secretary Betty Maina, assured them that a probe would be opened.

Tuskys was then on Monday this week ordered to start paying its suppliers.

Tuskys’ executives and the retail chain risk a jail term of five years or a fine of up to Sh10 million or both if they fail to settle the debt of Sh1.29 billion by between July 1 and July 16, or furnish CAK with bank statements, audited accounts, list of suppliers and their contracts.

“Any person who fails to comply with the order of the authority commits an offence,” said CAK in a letter to the retailer.

CAK further stated that the matter remains under investigations and further orders will be issued as and when merited.

Tuskys told the regulator that it owed suppliers a total of Sh884.3 million on May 15th, however, CAK established that the retailer had hid another Sh400.9 million owed to suppliers. This was even after Tuskys has tried to revise down the Sh884.3 figure.

“With this background and our investigations, the Authority has established that Tusker Mattresses Limited is experiencing incidences of abuse of buyer power in the form of delays in payment of suppliers contrary to sections 24A(1) and 24A(5)(a) of the Act,” CAK wrote in a letter to the retailer.

CAK has ordered Tuskys to settle its outstanding debt in a specified schedule, failure to which the penalties will be imposed.

Another Sh400.9 million supplier debt, which the regulator uncovered on its own, is to be settled in full within 14 days from yesterday.

The retailer has blamed its woes on the Covid-19 pandemic, however, analysts say, a substantial part of the debt predates the disease, which was first confirmed in the country on March 12.

In this article:Competition Authority of Kenya, retailer, supermarket, Tuskys