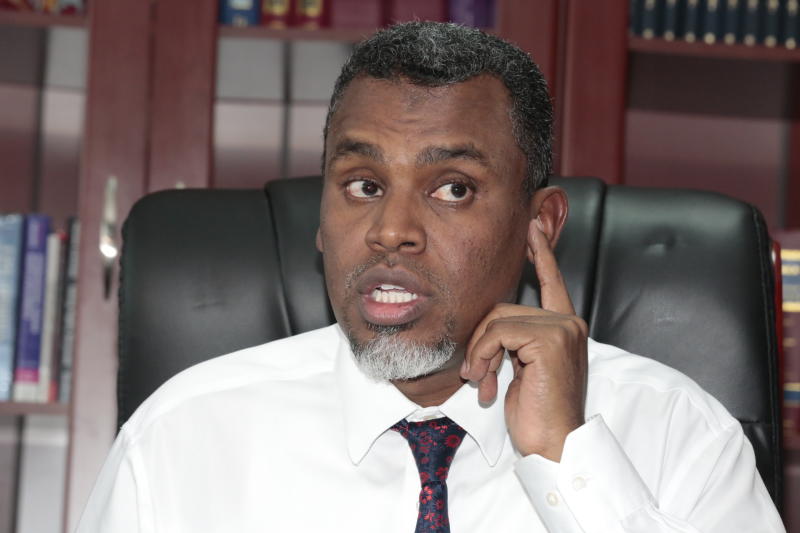 Following the suspension of criminal proceedings against lawyer Tom Ojienda, Director of Public Prosecutions (DPP) Noordin Haji has asked the prosecution to prepare a response and Chief Justice David Maraga to intervene.

Prof Ojienda was arrested on December 21 over claims of fraudulent acquisition of Sh89 million from Mumias Sugar Company. He was released on Sunday night and on Monday, Justice Chacha Mwita halted his prosecution to determine whether DPP Haji acted illegally.

In a statement on Monday evening, Mr Haji noted that the order cripples his office and the Directorate of Criminal Investigations (DCI).

He pointed out that it also “jeopardises the state of witnesses and evidence in criminal cases”.

The DPP explained that the directive rendered it impossible for them to pursue cases involving Prof Ojienda until petition 470 is determined.

Mr Haji pointed out that in the case, Prof Ojienda was to take a plea before Senior Principal Magistrate Martha Mutuku but that he did not, even though all other pleas were taken.

He further noted that the prosecution and the accused were both represented in court, so the setting aside of the matter was for “unknown reasons”.

As Prof Ojienda waited for the charges to be read to him before magistrate Mutuku, his lawyers argued at the High Court against his prosecution.

The ruling suspended investigations, the recommendation of prosecution, arraignment, searches at Prof Ojienda’s homes and offices until February 18.

The DPP said his office will respect the ruling, but added that such determinations are bound to erode public confidence in the criminal justice system.

He termed them a “major setback” in the anti-corruption war but said they will respond in line with their obligations to the public, cane farmers in particular. 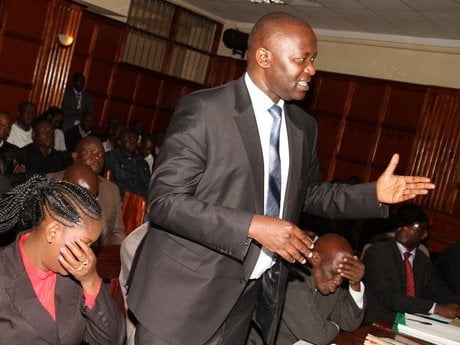 While citing several cases in which similar orders were issued in favour of Mr Ojienda, Mr Haji noted a trend in which conservatory orders are issued ex-parte, beyond the stipulated 14-day period.

“This requires urgent attention,” he said.

The Prof Ojienda cases that Mr Haji cited were:

Petition 377 in which a November 2 order, by Judge Mwita, prohibited the attorney-general, the Directorate of Criminal Investigations (DCI) and the Kenya Revenue Authority (KRA) from pursuing criminal charges for 2009-2016.

Petition 418, in which Justice Wilfrida Okwany compelled the KRA to issue the lawyer with a compliance certificate for 2018/19 despite investigations on tax compliance. This order was issued on December 4.

Petition 464, which concerned the Ethics and Anti-Corruption Commission. In this matter, Justice Mwita issued an order that prevented the commission from summoning, arresting and charging Prof Ojienda over the use of the government vehicle he was assigned.

Mr Haji also cited a case which “the accused has exploited as a bar to his further prosecution”.

He said that in petition 122 of 2015, Justice Isaac Lenaola did not halt the probe but noted it would be best for Prof Ojienda to clear himself.

Mr Haji quoted the judge as saying, “Investigations of the nature he is facing are not akin to an inquiry of professional misconduct but a serious inquiry into alleged corruption.”

He said the lawyer has not sought to clear himself since then.

The DPP said he is concerned about these orders, “all in favour of a particular litigant” as they “raise serious questions on the principle of equality before the law”.