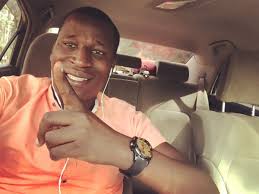 My name is Cyprian Nyakundi. I am born and raised in the Western Region, to a family of humble means. Contrary to the narratives peddled by the so-called paid Twitter AKA “Twitter A” , I’m not a beast, or rapist or child molester like our catholic priests.

Believe me or not, all the people who instigated my arrest have tried in one way or another, approached me to try and rope me into their propaganda machinery. For instance, Nairobi Governor Mike Sonko had once sent blogger Robert Alai asking for my indulgence and begging for my cooperation.

I was not in a position to engage Mike Sonko, largely because he records his phone conversations and meetings. Taking money from Sonko is like doing a deal with the devil, and I chose not to engage in his mediocrity. For some people, I’d rather die than take their money.

I was thus amazed to see “Twitter A” running errands for Sonko to whip up negative sentiment against me. It is extremely unfortunate that the young people I have been fighting for, have been reduced to bootlickers of the status-quo, and shamelessly denied their potential.

Everyone who has sued me is desperate to have me on their side, but most of the time they send competing bloggers, greedy brokers, crooked intermediaries, thieves and the likes.

Suddenly it occurred to me that it’s not the message which is discomforting; it’s the messenger.

Everything I’ve ever written has been posted in various forums, but because it’s Nyakundi who “said” it, the authorities have a specific way of handling the issue.

To my antagonists, jailing, threats to kill me (like those ones who came to visit me in jail), won’t make me want to work with you. Most of you, want me to regurgitate your bullshit for peanuts, because that’s what you normally pay “Twitter A” folks to do.

I have created a brand over years and just because you think you are so and so in society, you want me to run you bogus propaganda on my platforms for free. Like who the fuck do you think you are?

Now killing me, will not mean that the traffic that aligns with platforms, will automatically redirect to your propaganda streams. If you want Nyakundi’s services, pay! Don’t send Robert Alai or Dennis Itumbi to try and be the middleman in our deliberations. I get offended by people who do that!

For instance Joshua Oigara pays competing bloggers a lot of money to bring to me. I’ve never received a dime. Infact if I heard it was from Oigara, I’d never collect it because he has dispatched random brokers affiliated to one of the political parties, to tarnish my name that I’m trying to extort him 10m.

Dude, it’s those guys who want that money, not me.

So ladies and gentlemen, Sonko, Waiguru are desperate to work with Nyakundi. But I cannot deal with them as long as they’re sending shadowy character to act as the intermediaries yet my contact details are all over the Internet.

Paying lawyers, bribing DCI, and the judicial mechanisms is more expensive than just taking the phone and calling me.

Nyakundi is not in the business of extortion, this is a media narrative created by the cartels and my enemies, being pushed around by paid bloggers and influencers to disparage my name.

The truth is far from this open lie, those who’ve engaged with me at close levels don’t need convincing, my character is best known but lies sells more. I’m not in the business of propaganda, if your agenda fits in basic moral and ethical standards, I will help you sell it, Nyakundi has never and never will be in the business of sanitizing frauds.

There are so many people in this town who use my name to con unsuspecting people, I have a wide range of intelligence and so msny times I’ve captured fraud players running to those I’ve exposed to collect money promising to handle me. I’d like to say that I’m never part of such extortion racket and if anything why allow yourself to be coned yet all my contacts are public.