The government of Kenya has confiscated 340 guns in the ongoing vetting of private gun owners.

The Interior CS also revealed that over 5000 ammunitions (bullets) were confiscated and 36 gun licenses canceled. 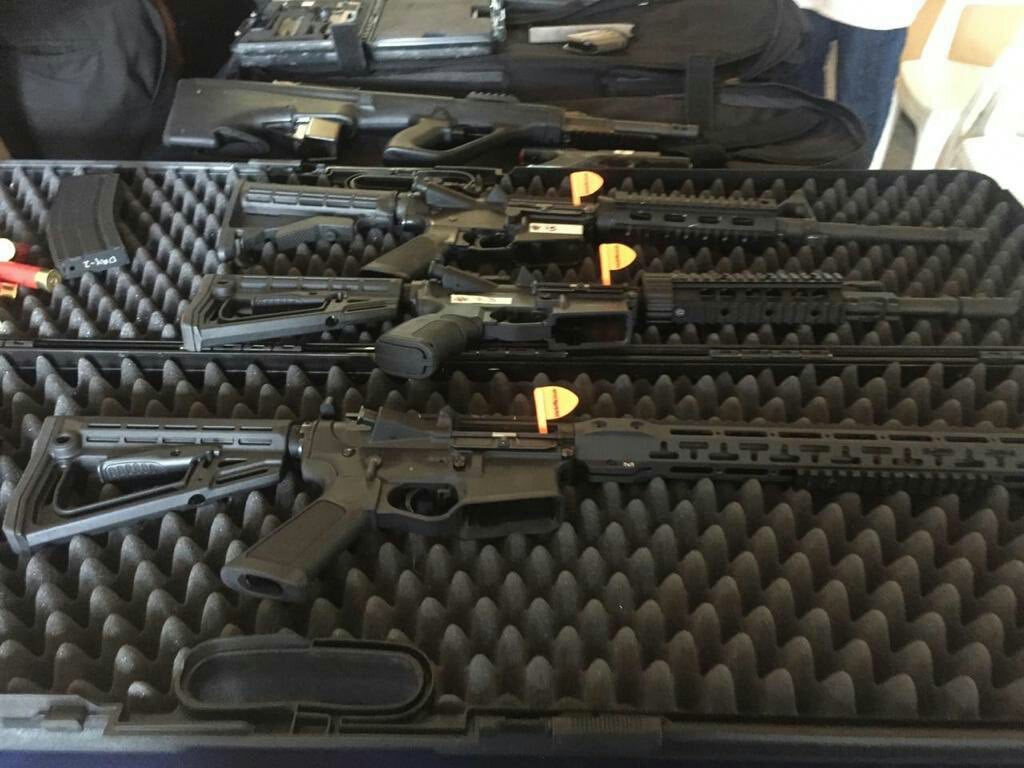 CAPTION: Automatic riffles at the ongoing vetting of gun owners.

The ongoing exercise aims at ensuring proper electronic records are in place of all those who own guns.

A survey conducted between 2014 and 2016 by Small Arms Survey, an Institute based in Geneva, Switzerland revealed that there were over ‘750,000 guns in private hands in Kenya’. The biggest in East Africa.

The survey also stated that as other neighboring countries i.e. Tanzania, Uganda, Ethiopia and Rwanda were reducing their cache of illegal weapons, Kenya’s increased.

The government seem to have been caught flat-footed going by the number of terror attacks that have been carried out in the country.

Matiang’i warned private gun owners who have not been vetted to do so by March 7th ruling out any extension of the deadline.

The CS also stressed that there will be no shortcuts in obtaining gun licenses.