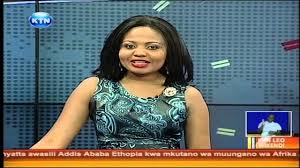 Just like I said a few weeks ago, Standard Group was in a retrenching spree and many Jounalists have now gone home . Kenya’s top Kiswahili language television presenter Mwanaisha Chidzuga has been eased out of KTN. The adorable coastarian who had a  bewitching smile will now no longer grace your television screen in the evenings after she became part of the unlucky lot that has been retrenched from the second oldest television station in Kenya.

What is she up to now that she has been retrenched ? Our sources have confirmed to us that Mwanaisha is now running an upscale restaurant located barely 200 metres from the Standard Group headquarters along Mombasa Road.