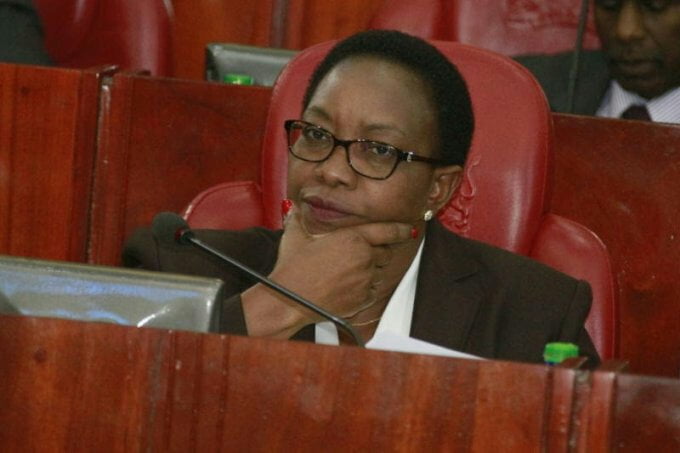 Ms. Kariuki has been involved in scandals before.

When she was the CS for Public Service, Youth and Gender Affairs, she oversaw the looting of National Youth Service (NYS) to a tune of Kshs. 9 billion. There were other scandals.

At the health ministry, the looting continued. She is presiding over theft of funds at the National Hospital Insurance Fund (NHIF).
All the ministries she has headed since 2013, have been hit by corruption scandals.

Now, staff at the ministry decry salary delays, accuse human resource of ulterior motives, amid a litany of scandals.

I know you have a lot on your desk but this urgent, MoH-FACES has refused to pay us our salaries.

Today is 11th yet we haven’t received our salaries. We have bills to, families to run and loans to pay.

The first reason we were given for the same was that signatories went to the devolution conference in Kirinyaga, bla bla blah.

However, this is not the first time they delay with salaries, last year from around June they used to pay us on the 12th of every month…could be that they are trading with this money through the bank to bag interest for selfish gains? We don’t know that.

They also intimidate and arm twist staff, hii sasa imenuka Prezida (things are going from bad to worse) I know you are a busy man but please expose this rot, I know it will bring some kind of sanity.