I hereby draw your attention to the above-mentioned issue. I applied for a birth certificate for my daughter in February this year at the National Registration of Persons at ACK Gardens offices and complied with all the required paperwork which includes a filled form issued at the same offices and I attached a notification certificate and parents ID copies (my wife’s and mine) and was told to check for the birth certificate after 2 weeks.

I went back to the same offices after 2 weeks and I was told the document was not ready and asked to wait for another 2 weeks. The same narrative of 2 weeks continued until June.

I was asked to fill another form in July given that there was a new system in place that was more efficient and cheaper. I obliged and filled another form hoping that I was going to get the document this time around.

While still there, I noticed that the mother’s name was totally different. My wife’s name is Susan Achieng Odhiambo while the name on the birth certificate was Dolphine Moraa Lumumba.
I was shocked because this seemed to be a deliberate mistake given that it’s understandable if the mistake could have been on the spelling of the actual mother’s name. I was sent to counter 5.

The young man at counter 5 frankly told me that the mistake was theirs and it could have originated from errors by his colleagues who do data entry. He asked me for a photocopy of my wife’s ID which I did not have given that my wife had traveled out of the city.
I asked my wife to send me her ID copy through WhatsApp which she did.

I printed the ID and resubmitted the documents again together with the certificate with the name error. The young man told to check for the certificate after 2 days, that is 28/11/18. I could not visit on the said date due to unavoidable circumstances.

I woke up very early today and arrived at the same offices before 8 am and lined up with other Kenyans as we were rained on up to 8.46 am when they finally opened the doors for us to get in for services. I went to counter 5 but to my surprise, no amendment had been done on the certificate, the young man on counter 5 sent me to counter 18.

At counter 18 I met a mature lady who asked me to pay Ksh. 130 for the amendment which I rejected and asked her why I should pay twice for the same service. The lady started blaming his colleagues on counter 5 for making mistakes that required me to pay a second time.

After rejecting her narrative of why I should pay a second time, she went to counter 5 and after some conversations with the guy at counter 5 came back and asked me do pay Sh. 40. I refused to pay that amount also given that they are the ones who did wrong entries on my daughter’s birth certificate.

After realizing that other members of the public lining up and with the same issue of being asked to pay twice were raising their voices in support of my stand, the lady took all my documents and asked me to leave and come back after 2 weeks. I have attached the supporting documents to help in this case. 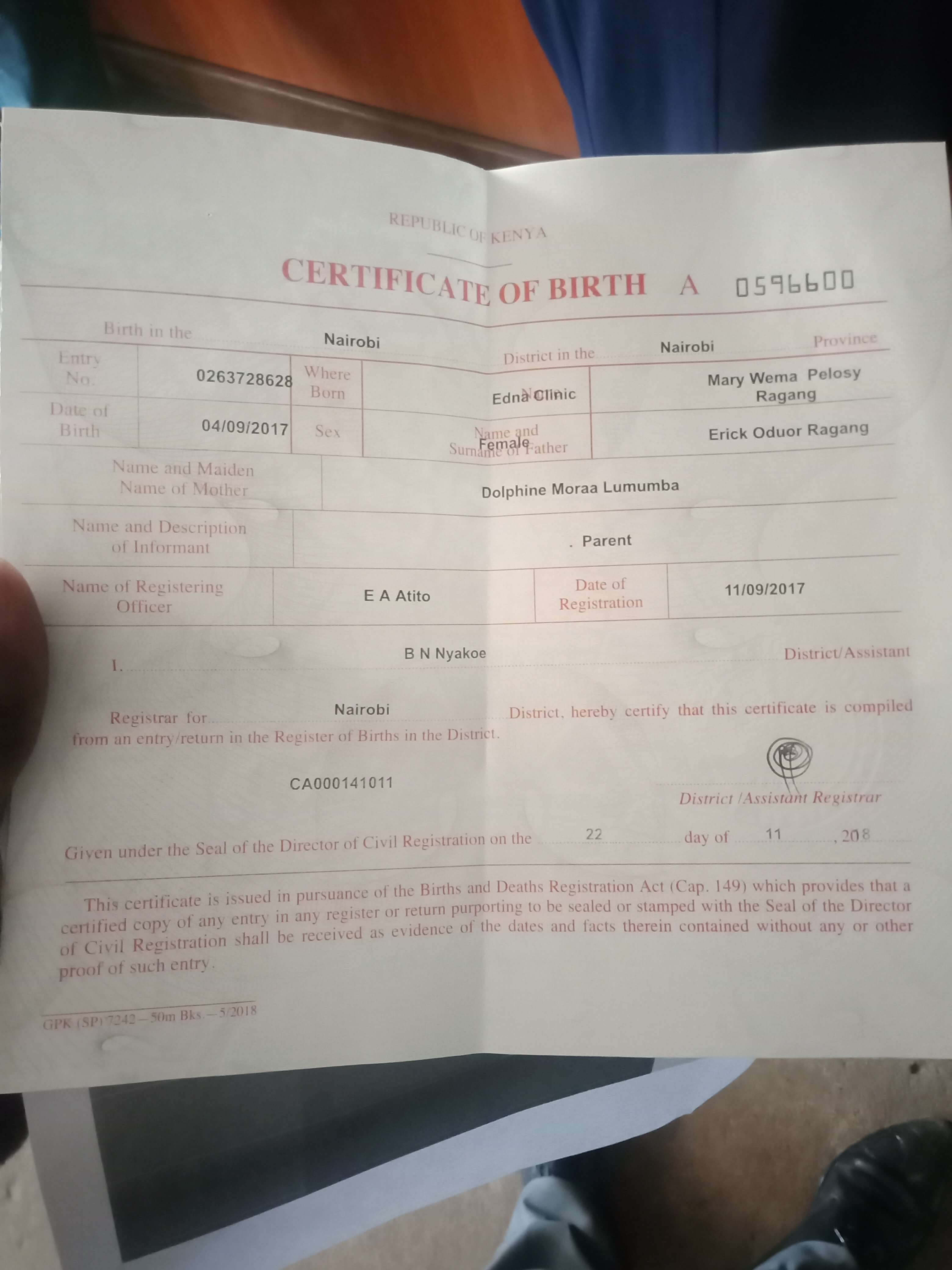 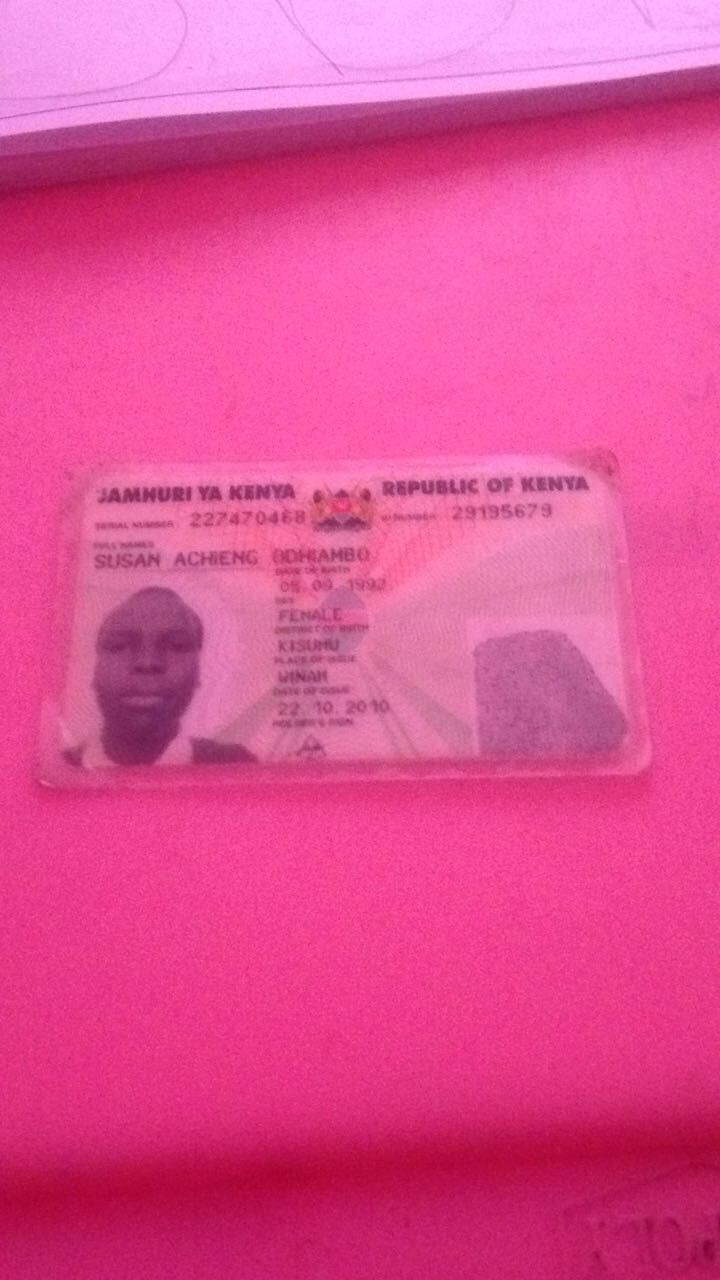 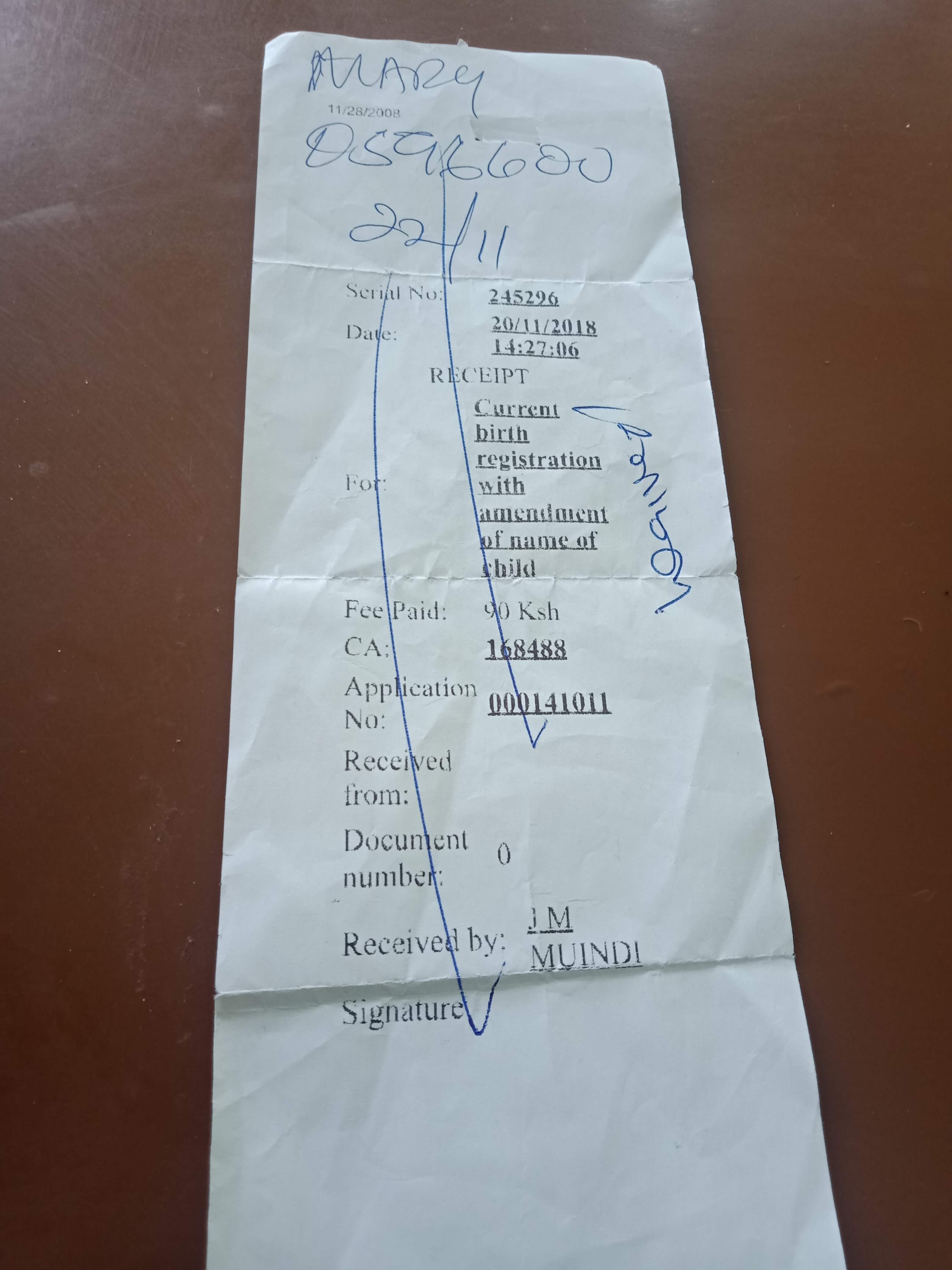 Kindly help me get my daughter’s birth certificate before those 2 weeks since I need it to include my daughter on a medical insurance. The staff at the said offices openly ask for bribes for the documents to be processed faster.