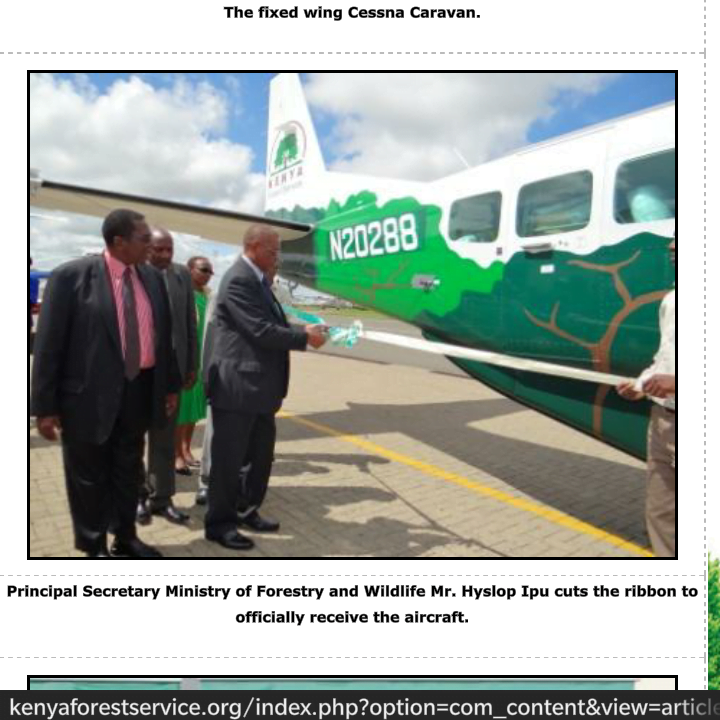 ‎Photo Caption: Pewin Motors Limited owner Peter Kirigua with Principal Secretary Ministry of Forestry and Wildlife Hyslop Ipu. Ipu is the brother of Sports Kenya CEO Gabriel Komora.
Former StateHouse Comptroller Hyslop Ipu is the man “Comptrolling” the recently-advertised football tender, CNyakundi.com can exclusively reveal.In our earlier article, we tabled a well-known fact that Sports Kenya acting CEO Gabriel Komora is the blood-brother of Hyslop Ipu. They are both born of the same father and mother.

Komora has openly taken a position, and endorsed a consortium that comprises of Icon Sports Marketing and Pewin Motors Limited, contrary to the public officers ethics act.

Pewin Motors Limited is owned by Peter Kirugua, who doubles up as the Chairman of Kenya Forest Service.

In the attached link from the Kenya Forest Service official website, Peter Kirigua is pictured together with Hyslop Ipu, commissioning a new aeroplane to the fleet of KFS.

KFS ACQUIRES AN AIRCRAFT TO ENHANCE FOREST CONSERVATION AND MANAGEMENT

Which begs the question; why do a group of old men like Peter Kirigua and Hyslop Ipu, who have never set foot in a stadium all their lives, so interested in a football tender?

The only logical explanation is that this is a scam, and there was never any intention to bring top teams from Europe to help market Kenya’s struggling tourism industry. This is just a vehicle to execute another heist as they did in 2013, where US$ 500,000.00 was paid to shadowy UK-based OpenSide Sports as downpayment to bring Arsenal, which all turned out to be a fraud.