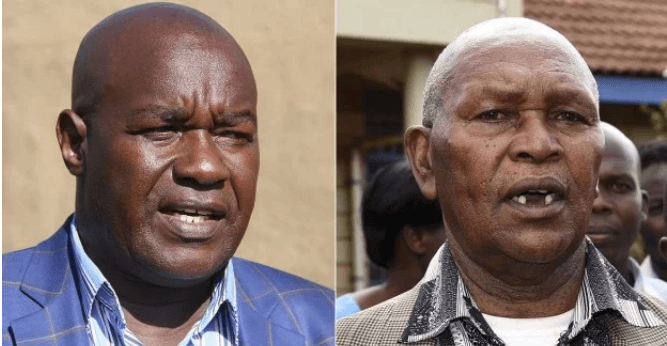 Soy Mp’s comment that the Director of Public prosecutions Noordin Haji should drop charges against Kipchoge Keino because he is a legend has angered the Kenyan online community.

Kipchoge Keino, a former Olympic Champion and former National Olympic Committee chairman, former Sports CS Hassan Wario, his then PS Richard Ekai among others have been accused of misappropriating Sh55 million during the 2016 Olympics in Rio De Janeiro, Brazil.

To show how serious he is Kositany the Mpig said that he was ready to organize a fundraiser to refund the monies stolen by Kipchoge Keino.

Keino, who was supposed to take plea Monday has gone underground as detectives hunt for him

Here are some top comments from angered Kenyans

William Kabogo: The rule of law is for all brother. No matter your position in society

Muthura Muhuhe: He is a legend in thuggery Bill Cosby is also a legendary figure cooling his heels in an American pentienary

Peter Rurua: No one is above the law. I’m also a legend in bed….nonsense!!

Lenin: These kalenjin Mps wametuchokesha…why is it always tribal with them????

Tumechanuka: Waiting for their reason when Ruto is hauled to court…You know Haji is saving the best for last.

Victor Ogega: This is what we are trying to fight, crime is crime and no one should be spared

Oliver Wambwire: Even Al Capone was a legend!

Tadeo Paneta: Nope, preposterous – law knows no legend. No one is above the law. And if he is guilty, he should serve maximum sentence as a deterrent.

Kaboch2 : Look at the kind of fools we elect/nominate….no wonder our public debt keeps growing…?

Kimani Kim: we are all legends in our own ways and the law should not be be applied selectively. mzee maina wanjigi has a case in nyeri court, why not kip..?

Boniface : This MPig should be charged with intent to facilitate economic crime (Corrupt thinking). LEGEND MY FOOT!!

Dancan Monday ; That Mp must have lost his damn mind, who told him because you’re a legend you can just steal escape without consequences, Kipchoge is not from heaven, he should and must be prosecuted

Nixon Kioko: F#*k legendary, corruption is corruption.
The wins he made are his own of which he was paid. The big issue is that he’s standing on the way for young athletes with this vice.
Hoping to see him in Kamiti soonest