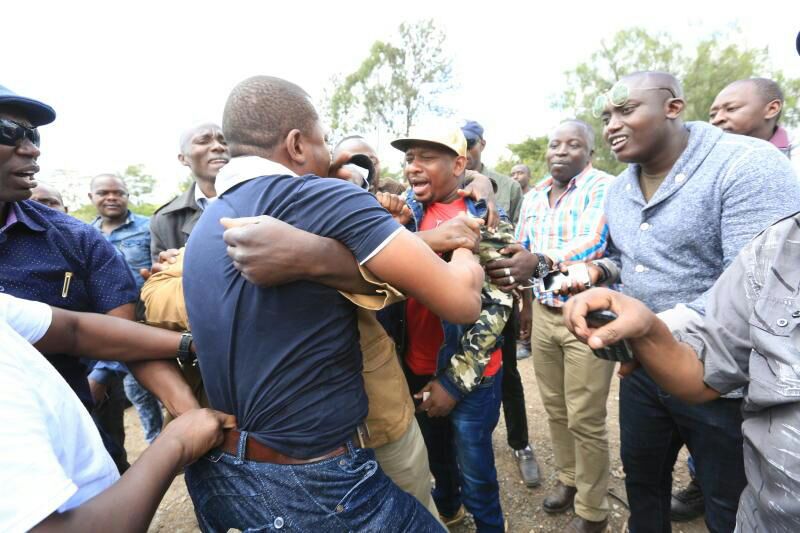 Contrary to lies peddled by NGO’s to solicit donor-funding, a slum like Kibera doesn’t have a population of 3 million people. Those were the biggest fabrications of our time, and lazy media kept regurgitating those lies without bothering to fact-find or double-check.

As per the last population census, Kibera had less than 60,000 people, and rightly so. Because it’s flat, while much of Nairobi is rising. For instance Eastland is one big concrete jungle, occasioned by the number of flats springing up. Same as Roysambu. Same as Kileleshwa. And many other places.

The notion that low income earners form the vast majority of Nairobians has been peddled by politicians for personal gain. To create the impression that hawkers, matatu operators are the “influencers” and shapers of politics is the grossest misconception of our time.

So pardon my anger when I heard that 300 hawkers and matatu operators are being flown to Rwanda for bench-marking by an institutional reject like Mike Sonko, all in pursuit of cheap points. Why have we made hawkers, matatu drivers, maids and watchmen as if they’re income generators?

My thinking is that incentives, tax-breaks, efficient service delivery, security, cheaper housing, and the likes will boost the middle-class into creating more opportunities for the low income-earners. When someone goes to school, graduates and then buys a car, he will create a job for the carwash guy, the mboch, the butcher and the likes.

But we can’t make the low income-earner as the focal point of policy interventions. That’s plain dumb!

Ever since Uhuru Kenyatta assumed presidency, we have seen deliberate efforts to stifle the middle-class, leading to an unprecedented financial crisis. Key amongst his moves was to oversee wanton corruption and mismanagement of state-coffers, beginning with his theft of Eurobond monies to embark on the family’s Northlands Real Estate project.

With his signal that corruption was a way of life, the cascading effect was to rubber stamp corruption by allowing his family members, cronies and political bootlickers, to engage in the same vice, leading to the crisis that we have today.

With this, saw the rise in domestic borrowing by Government, forcing banks to stop lending to individuals and SME’s. Couple that with County Governments blatantly refusing to pay suppliers and the money instead being diverted to build flats, and you’ll realize that you don’t have to be a chartered accountant to know who caused this whole crisis.

So by his limited thinking, Uhuru saw it fit to obliterate the middle-class while dishing out populist goodies, in an identical move as Sonko is doing today by rewarding makanga’s to travel to Rwanda.

Which then begs the question, and who will create jobs for these lower cadre individuals if there’s a systemic culture of undermining the middle-class where spending power is domiciled?

The middle-class don’t realize how much power is in their hands. You pay taxes to a regime that consistently insults your intelligence with lies and PR. They invest so much in their propaganda machinery so as to dupe the lower cadre of makanga’s, maids and the likes, making you an irrelevant part of governance.

Which is why as middle-class, it is disheartening to see you falling for the same lies as a matatu-tout would do. It pains me to see you after going to University, consuming the same media content as someone who has never stepped foot in class. You have been conditioned to hate yourself and believe that you’re a nobody in this country.

Which is why #SonkoTheChokoraa can gladly announce that he’s taking makanga’s and hawkers to Rwanda, and you gladly clap for him because you don’t know any better.

It all goes down to the elections and how you found yourselves in this sorry state. Sonko appeals to the slum-dwellers, hawkers, street-children and makanga’s. We have already established that middle-classers far outnumber these lower cadre’s of individuals. So how did these street-urchins, makanga’s and matatu-operators convince you to vote for him? Why did you become a hostage of their euphoria?

The truth is that Nairobians you’re fucked in the head. Even rural-dwellers like Kakamega residents knew better than to give a joker such an important position as Governor.

The biggest contradiction of our time is that the most educated, exposed and probably highest GDP-earner, consists of the dumbest folks who make monumental blunders on decisions which have a direct consequence on their very lives. Like you go to school, then to University, probably did a Masters and then you shout “Sonko for Governor”? Like dude, you seriously need help.

Shall we keep on doing digital-activism for fuckin Nairobians who if given an opportunity today, would repeat the same mistake over and over again? Nah men! We as the digital activists are tired. Tumechoka!

I have never seen Nairobians even grouping themselves into residents groups to lobby for better services like the Karengata Association used to be. Your work is just dundaing, nursing hangovers, and acting like you’re better than everyone else. Fuck you!

You made your bed, so lie in it fuckin Nairobians!