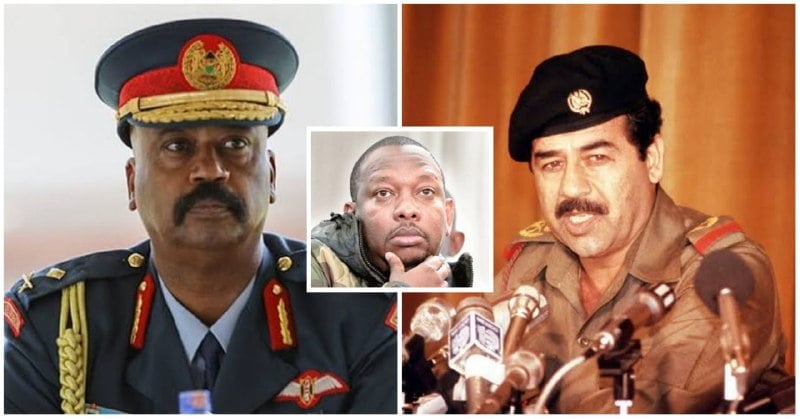 Just a fortnight after locking horns over the Nairobi mayor’s residence which Sonko wanted to convert into the governor’s official residence, the flamboyant city politician is back to firing shots at his nemesis.

Speaking at the funeral of the late Gabriel Maina, a resident of Mukuru Kwa Reuben slums who died during the demolition of houses in the area, the governor spared no words for the general who took over his functions.

“So General Badi, please,” he began, “We have lost one person. I am in pain for his soul. The county government promises to ensure the family of the deceased is compensated. Let us not play politics with peoples’ lives. To the people saying I don’t respect the NMS, I just want to tell that Saddam Hussein to respect the lives of Nairobians,” Sonko stated.

Last week, at least one person lost their life while sixteen others were rushed to hospital on Monday evening following the collapse of a building in Mukuru slums.

The sad incident happened during a poorly carried out demolishing project by the Nairobi Metropolitan Services (NMS) to pave way for the expansion of feeder roads within the area.

At the funeral, Governor Sonko promised to support the NMS as long as they focus on the development of infrastructure in Nairobi.

Acknowledging the huge work that needed to be done to improve the quality of life in the city, he welcomed Badi to partner with the county government.

Ever since the governor and the NMS DG got embroiled into their battle for supremacy, Sonko on numerous occasions claimed that NMS is an illegal entity and has a pending case in court.

Yesterday’s resignation of Beatrice Elachi as Nairobi County Assembly speaker now only further complicates the county government leadership crisis where Sonko has been operating without a deputy governor since Polycarp Igathe resigned in 2018.

Pundits and governance experts now say that the Nairobi County government could be staring at dissolution if the wrangles pitting Governor Mike Sonko against other leaders, including General Badi, are not resolved.

They have further warned that the chaos in the capital could soon have adverse effects on the stability of the county and delivery of services if not resolved soon enough.