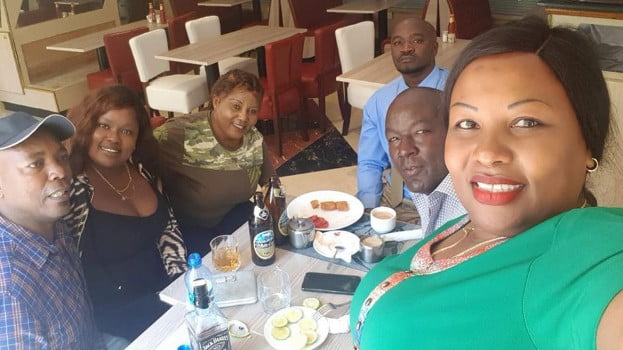 CAPTION: A section of Sonko-allied Members of the Nairobi County Assembly enjoy their favourite drinks moments before causing chaos at City Hall in attempts to evict impeached speaker Beatrice Elachi in September 2018

It was a reprieve for Nairobi Governor Mike Sonko on Tuesday, December 1, 2020, after a court temporarily halted his impeachment.

In the afternoon ruling, Justice Nzioka wa Makau placed a temporary injunction pending the hearing and determination of a suit filed by the county boss to block his outster.

This new development came just a day a after meeting convened by the troubled Governor to strategise against his looming impeachment was violently dispersed, with police lobbing teargas to break up a group of County Assembly members who had convened a press conference after a meeting with their boss, in which they disowned signatures to impeach him.

Now, just under 48 hours to Sonko’s D-day, reports are circulating that the flamboyant city politician as circulating reports now claim that he has today flown out up to 30 Nairobi MCAs down to an undisclosed location in the coastal city of Mombasa in an attempt to ensure they miss the proceedings come Thursday.

Murmurs from within the corridors of power further suggest that Sonko has reportedly asked all members of the contingent to switch off their mobile phones in order to to cut out all means of communication from the capital, as well as avoid being tracked down by their detractors.

Whether or not this latest move will bear any positive fruits is bound to be told by time but it clearly amplifies a fact we the governor has made clear over time; that he is ready to employ all the tricks in his book to remain just to defeat those who want him off the top seat.

Those pushing for his impeachment say it is a result of Sonko failing to approve a Sh37.4 billion budget to help the operations undertaken by the Nairobi Metropolitan Services (NMS).

The Governor is also accused of abuse of office, gross misconduct as well as the lack of physical and mental capability to run county affairs.

The motion to remove Sonko from office was started by Minority Leader Michael Ogada who tabled the notice of impeachment with a list of 86 MCAs he claimed had appended their signatures to allow the process to start.

In an earlier letter to the Nairobi county assembly speaker, Governor Sonko noted that there is a current court order preventing his removal from office.

“By your purporting to process a fresh impeachment motion against Hon. Mike Sonko Mbuvi while these proceedings are pending, you have committed an act of intentional disrespect to these judicial proceedings…which constitutes contempt of court,” the letter read in part.