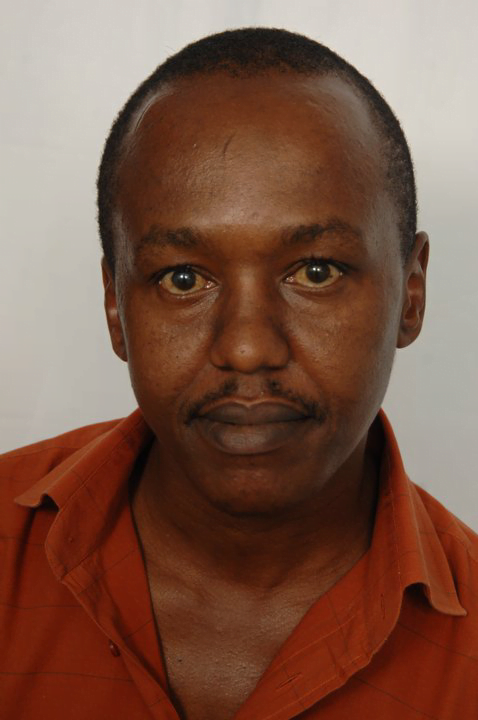 One Raymond Njiru has gone berserk on social media, posting one of the most ridiculous status-updates of all times. He “revealed” that his father Lee Njiru is HIV+ a matter that caused uproar amongst his Facebook friends.

But a closer look at Raymond’s Facebook page reveals perhaps someone with mental illness. He speaks of conspiracies to murder him by his own father plus other unnecessary details.

More interesting is the revelation that he has an uncle who has 3 passports, a matter that perhaps shouldn’t be ignored.

Raymond also has that Uhuru Kenyatta-ish look of someone who likes his poison neat. Red eyes, cigarrete-burnt lips. 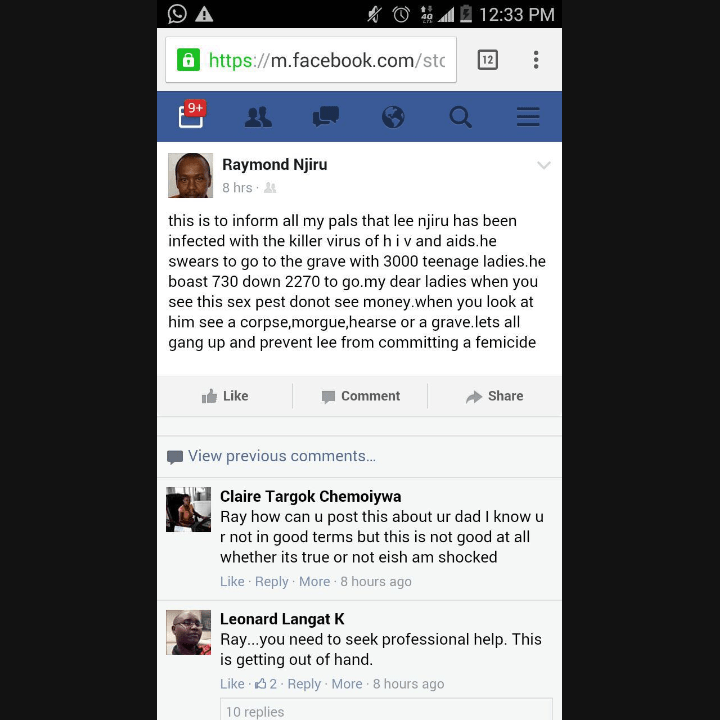 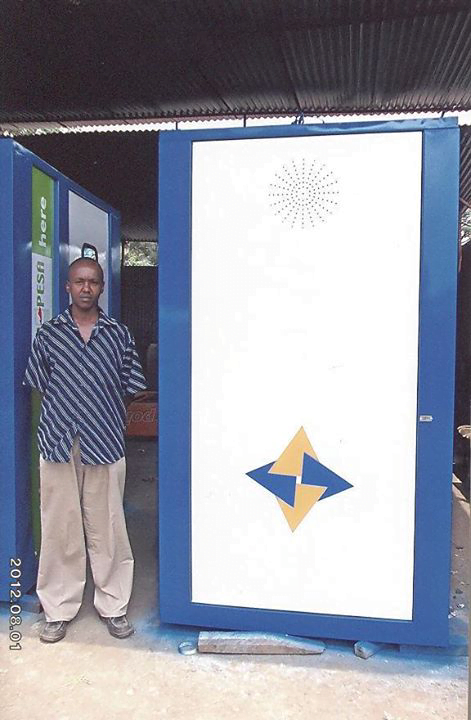 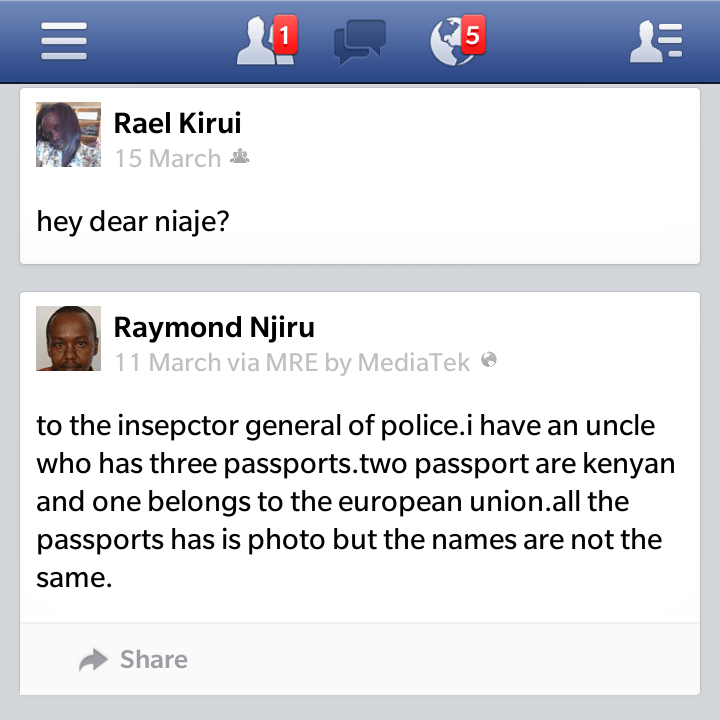