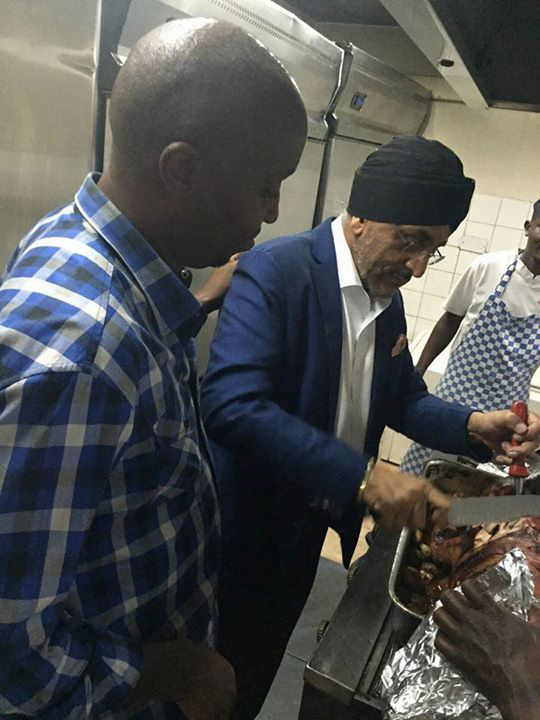 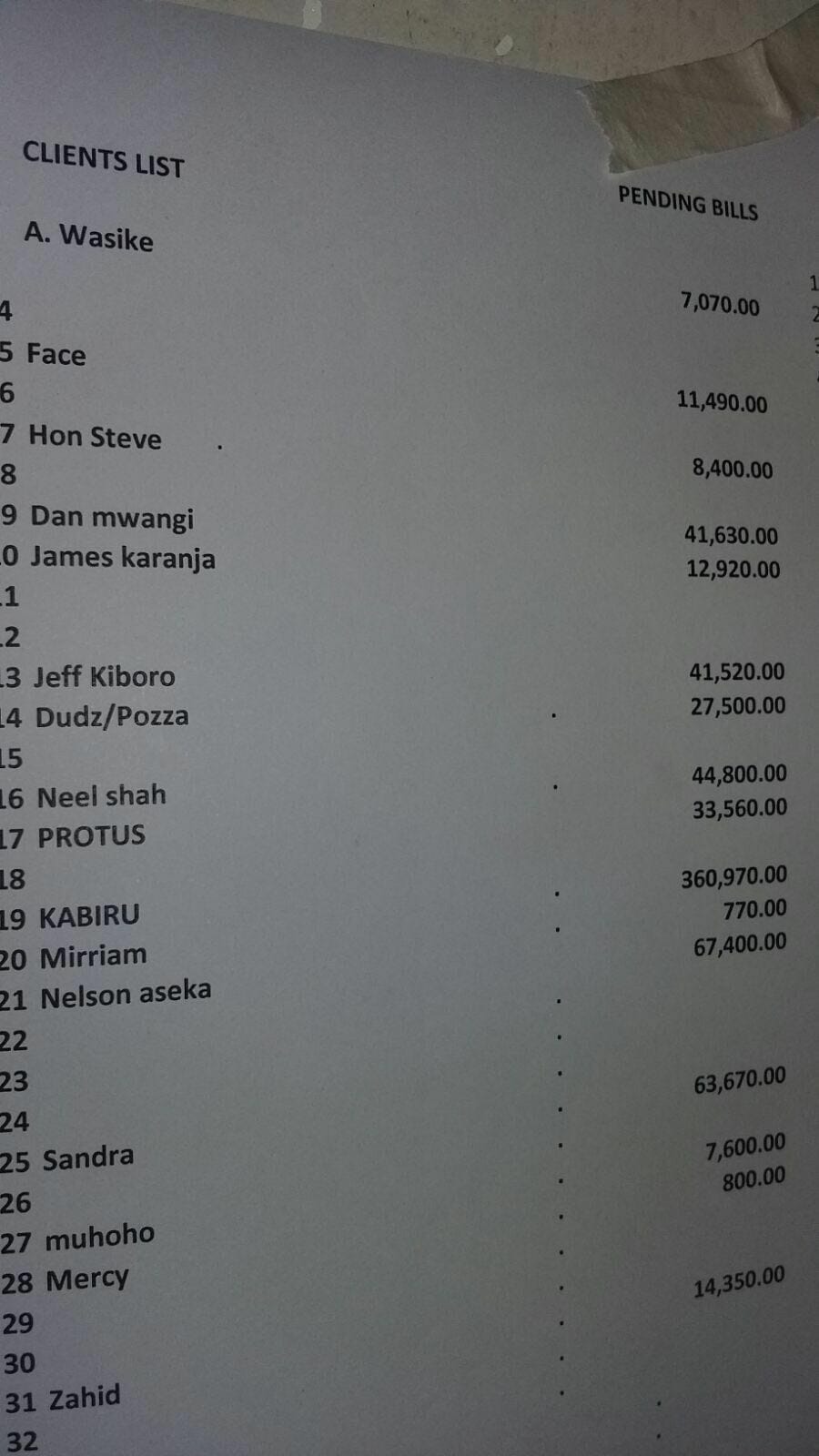 Soho’s Night Club located in Parklands area of Nairobi is in the news for all the wrong reasons. A list of debtors was “leaked” on whatsapp, showing names of prominent Kenyans who owed monies to the club.

The Club’s owner Pili Jhite a Singh Indian blamed a son of a former Deputy head of the then top intelligence organ Special Branch Kevin Kivuvani who works for SAB Miller, for leaking the list on whatsapp and reportedly filed a complaint at the Parklands Police Station. He also claims to have instructed his lawyers to sue Mr. Kivuvani.

But is that theory credible?

Unlike other sensible businesses run by right-thinking Kenyans that capture such debts in a special book, Mr. Pili Jhite had stuck his debtors list on the wall of his office, for all and sundry to see.

Listed also in the Soho’s List of Shame are socialites Joe Nyagah and George Pozza who are visible characters on the Nairobi night-scene. Nyagah referred to as Dudz in the list of shame shot into the media limelight during the funeral of Raila Odinga’s son Fidel, where he spoke on behalf of friends.

Another prominent Kenyan Jeff Kiboro is the son of business tycoon and prominent contractor Don Wood Kiboro, linked with a tender scam in the construction of the Kenya Pipeline Company Headquarters. “Jeffa” as he is popularly referred to by friends was also in the news In August 2009 when his wedding was listed by Daily Nation as a one-of-a-kind wedding. Guests at the wedding of Jeff Kiboro and Wacuka Gichohi included Zambian First Lady Thandiwe Banda and Prime Minister Raila Odinga’s wife Ida, whose son the late Fidel was one of the groomsmen.

According to a guest, a number of other prominent personalities attended as well. Guests were asked to leave their vehicles in the parking and boarded mini-buses that took them deep into the park. “We were treated to a mini-game drive before we arrived at the spot where several marquee tents had been put up,” said the guest.

But in a twisted scenario of irony, many of the listed individuals in the Soho’s List of Shame have been repeatedly referred to as Kenya’s highest flying socialites with extensive feature on even so-called credible journals like the Business Daily.

But who is this Pili Jhite that would risk his establishment’s reputation to expose and embarass Kenyans who are said to be members of the struggling Soho’s Club?

Sources say that Pili is a licensed firearm dealer and is connected to the top-brass security network, affording him the ability to procure and license guns for his wealthy clientele who include diplomats and expatriates. Pili is said to be well-connected to President Uhuru Kenyatta and William Ruto, who once attended the opening of his Indian Restaurant called Banares, off Museum Hill in Nairobi back in 2011.

Revellers have always complained of Pili’s high-handed attitude, where he treats Kenyans with the contempt of a racist, especially if you are not of political or business importance to him. Cases of man handling by Pili himself or his equally vicious security staff are rife, as he sought to segregate a members area where rich Kenyans could indulge in high-end guilty pleasures like snorting cocaine.

The easiest way to tell that Pili is a racist is a simple assessment of the list of shame. Only Kenyans are listed on it, yet there are many foreigners who frequent his establishment.

As section of Nairobians are now calling for a boycott of Soho’s, further imploring on the authorities to investigate Pili Jhite with a view to recalling his licenses to trade in firearms.