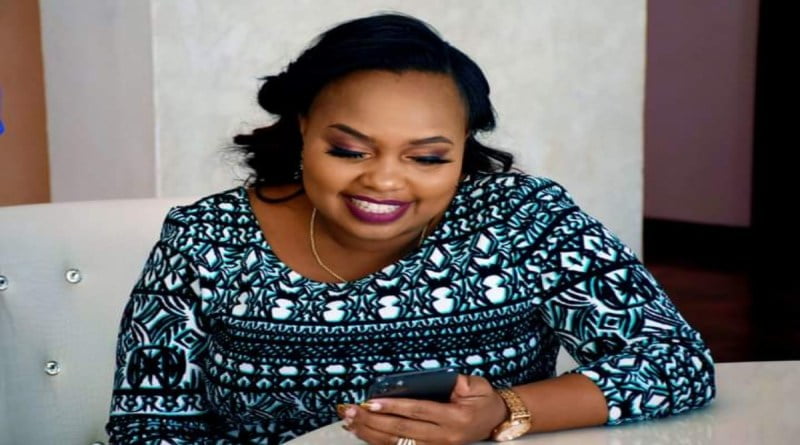 Nominated Jubilee Party Senator Millicent Omanga on Wednesday afternoon left netizens rather surprised after she declared her full support for the Building Bridges Initiative (BBI) Report, stating that the final draft of the document was “remarkable”, claiming that various issues which had been raised had been accommodated.

“Well, the final #BBIReport is a remarkable improvement. Our proposals on Nairobi are captured; women and people living with disabilities (PWDs) have gained their rightful share. The youth have an enhanced package. I hereby declare my unwavering support and full endorsement of BBI. Fired up! Ready to go!” she wrote on her official Twitter handle. This came off as peculiar, given that the vocal TangaTanga allied legislator is part of a group of strong critics led by Deputy President William Ruto who have been fiercely opposed to recent calls for constitutional changes ever since BBI preparations began.

Hours after the post went viral on social media, the former bedsheet vendor turned city politician who once received some stick from this site’s Chief Editor over her ostensible obesity, took a sharp U-turn and denounced the earlier published statement, blaming it on technical mischief.

According to the former KenGen Director who bagged the appointment under DP Ruto’s recommendation back in 2013, the post that purported to declare her support for the BBI was published by an impersonator who illegally accessed her account and not by her.

Omanga added that she had contacted legal authorities over the incident and demanded that immediate action be taken on the perpetrators found guilty.

In regards to the contentious BBI report, the Senator stated that she has her own views regarding the document but which she will share with Kenyans when the given time comes.

“Kindly disregard the previous tweet as it wasn’t made by me,” she wrote.

I've reported the illegal impersonation and mischievous intrusion of my Twitter account to the authorities and I demand an immediate action. I've my views on BBI which I'll share with Kenyans as I've always done. Kindly disregard the previous tweet as it wasn't made by me.

This came just after DP Ruto said that even with the signature collection launch, there still is a chance at a consensus for a non-divisive referendum.

The collection of the required one million signatures kicked off today where the President Uhuru Kenyatta and his new best buddy Former Prime Minister Raila Odinga signed the document alongside other heads of various political parties.

In this article:Building Bridges Initiative (BBI)