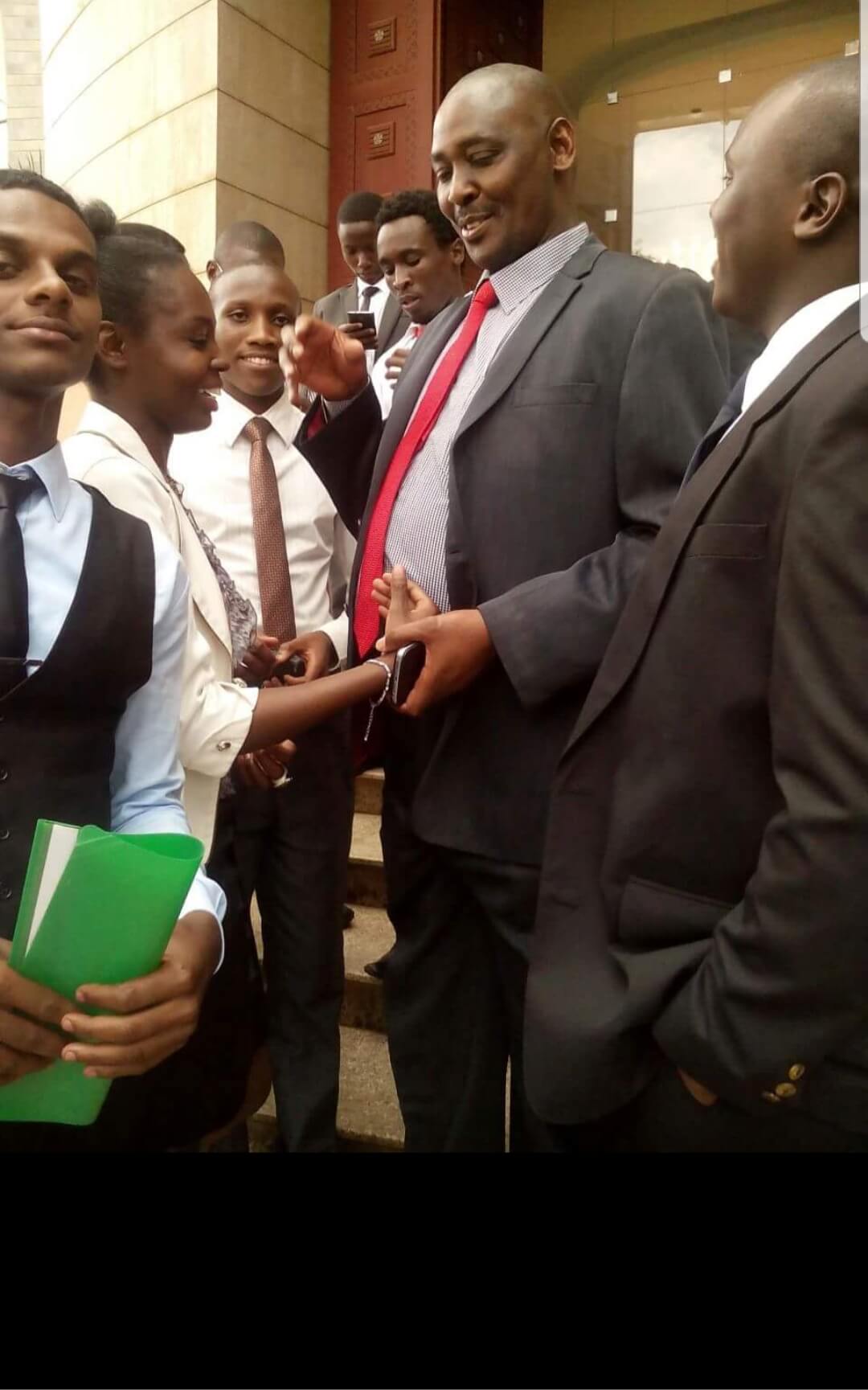 A senior Equity Bank executive going by the name Philomena Kabiru has been linked to sexual harassment and exploitation by social media users on an Equity foundation closed group.

Philomena Kabiru, senior manager learning and mentorship has been named by a number of people as the main culprit in sexual harassment allegations that have rocked the Equity Group Foundation

The screenshots we have received reveal serious concern by many individuals complaining about the sex predator.

The users claim the management is doing little to address the concerns though a senior Equity Bank executive we contacted promised action by confirming that the issue had been forwarded to the topmost leadership for action.

But this remains suspect since James Mwangi, the Equity Boss was himself linked to sexual harassment toward Esther Passaris who once narrated that Mwangi wanted to tap her oil field by force.

Here are the screenshots 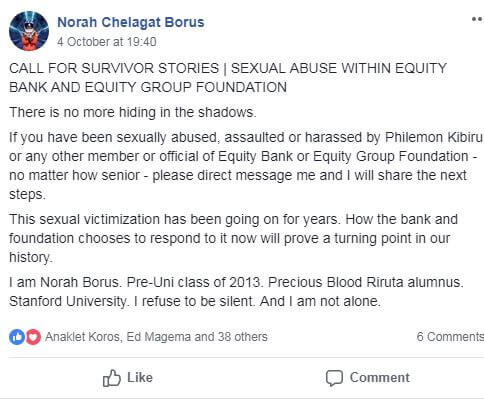 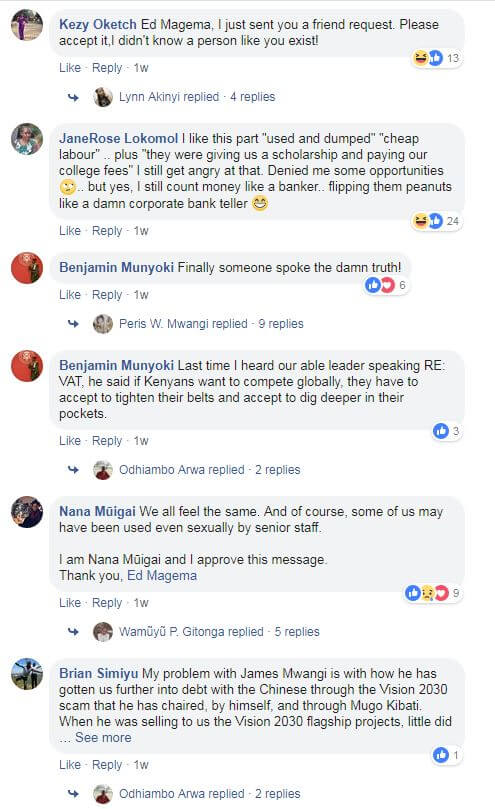 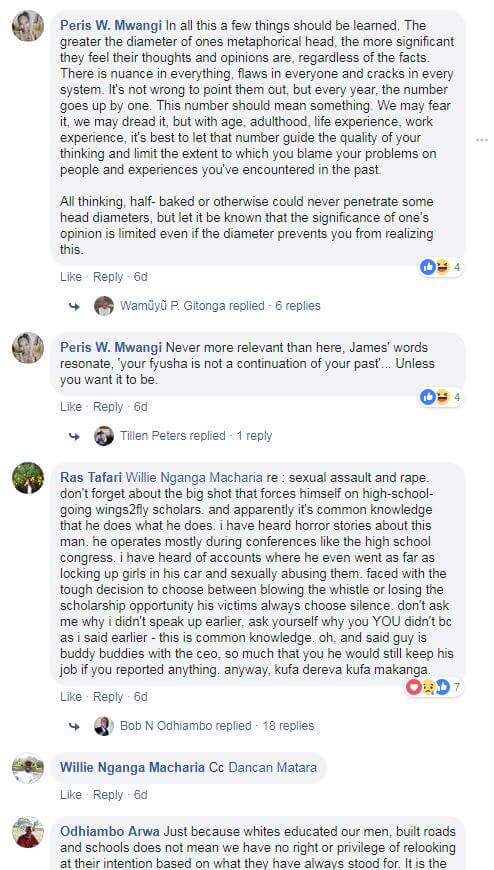 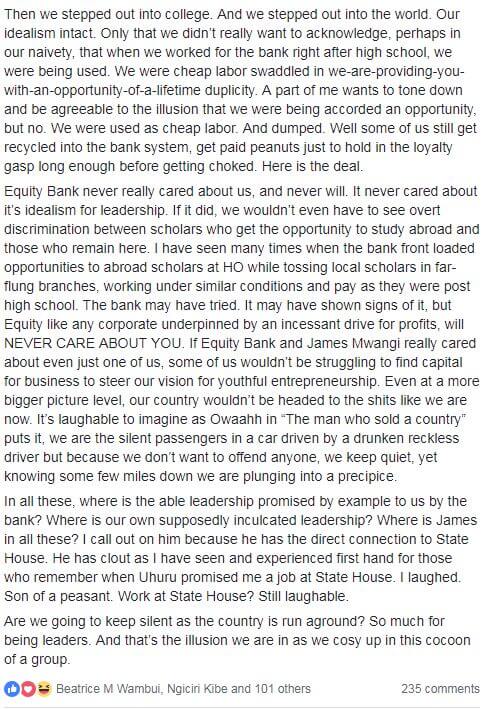 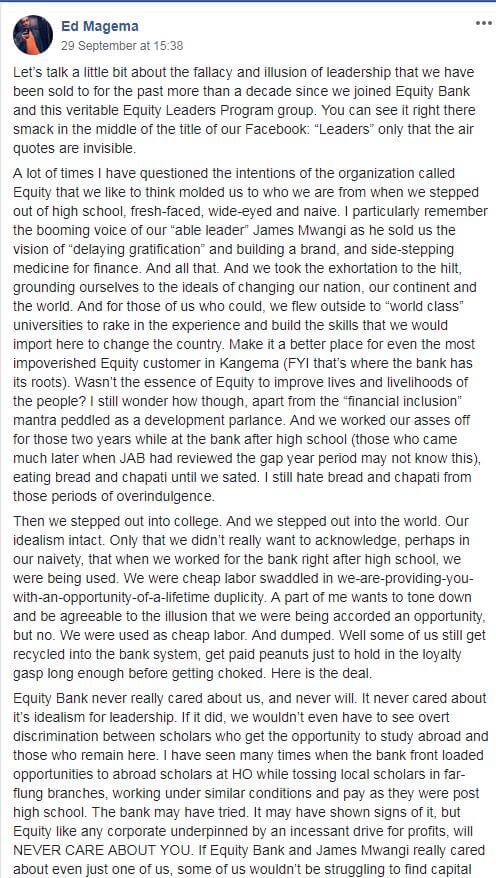 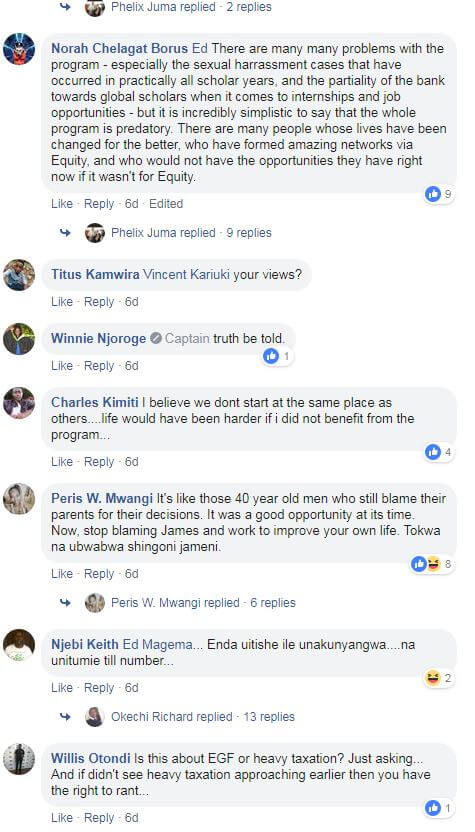 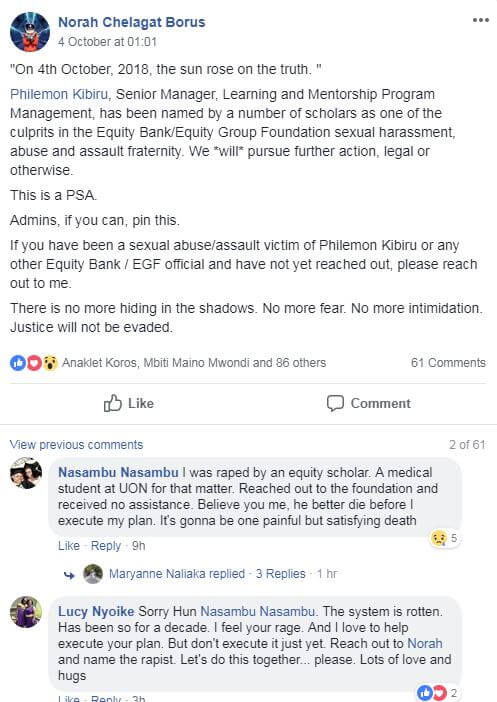