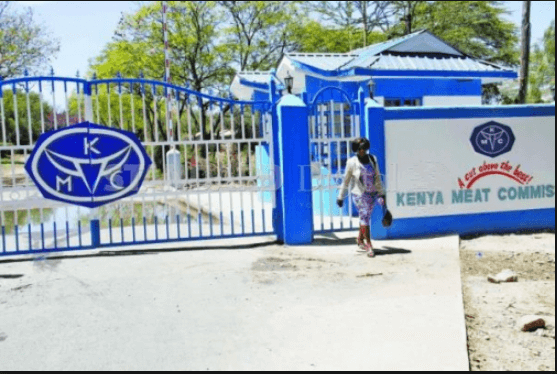 Acting Production Manager is a cousin to Managing Director. Deputized by his niece and who happens to be a class 8 drop out.

Acting Sales and marketing manager (Popularly known as mzungu) who recently bleached run public office like her bedroom. She has perfected dictatorship and intimidation. Her junior live like slaves. If you don’t worship her, she sabotages your region, threatens to fire, deploy you.

Cooperate secretary is past retirement age. Already senile. She plays the role of HR Manager. The lady is just incompetent, thanks to her age. KMC land has been grabbed, but the commission had to hire an external advocate ju huyu mama hawezi kazi.

In KMC, we have a group called camp Mullah comprises of the sons, daughters, relatives and friends of the commission top leadership(Acting Sales and Marketing Manager, Human Resources Officer and PA to the Chairman) 99% of them were not interviewed for their positions. For instance, the Human Resource Officer is a KMC grade 5 officer! YET the minimum qualification for that grade is 5 years experience. The current holder graduated in 2016 and only have less than 1-year experience.

Chairman PA is also a grade 5 officer. She was picked for that job despite ranking 5th in the interviews. The two are related.

Camp Mullah group is ruthless. Every worker fears them.

Last year, the commission received 400M from national government meant for the offtake program (offtake program: Govt buys livestock from drought-stricken areas). In the past, animals were taken to Makinon Ranch for fattening or used to process canned meat. But in 2017, the commission developed what they called “ground slaughter” to feed locals. But locals were not fed. Less than 40 battles were bought. Millions were looted. To seal traces and hide shreds of evidence, they developed cash payment methods. Pesa zilikuwa zinabebwa na gunia na bags in the name of going to pay farmers!

2016 supplies have not been paid. The commission now owes KRA 250M. And deductions made from Staffs salaries are never remitted.