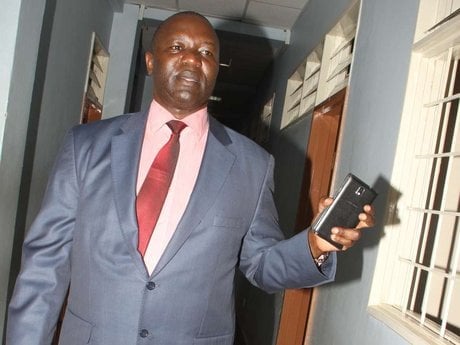 High Court temporarily stopped his prosecution before a magistrate’s court, until February. The orders were issued by High Court Judge, Chacha Mwita, after Ojienda, through his lawyers, filed a petition just hours before he took a plea to charges of corruption.

Here are some reactions from social media over the court order

Tom Ojienda has orders barrying KRA , DCI , DPP, EACC and all government agencies from investigating him. Why is he scared @NelsonHavi ? https://t.co/1cb2gth6L9

When I grow up I want to be Tom Ojienda.

The one thing the Ojienda/Judiciary fraud has done is incite me to the need for referendum to deal with a rogue judiciary. We must kill this judicial activism in the revised katiba else we shall be ripped off by this judiciary! We can’t have a bunch of unelected thugs screw us?

Is it true that Ojienda was released on Sunday night without the court process? If yes, those who released him should be arrested. Lawyers are joking with other Kenyans.

What is this that nobody should investigate, disturb, arrest or prosecute Tom ojienda? Do the courts fear ojienda to this levels. Who is this guy? Coz

To @ODPP_KE @DCI_Kenya We knew corruption fights back but the end is nigh. These suspects abusing judicial process should really get worried that one day the masses may opt to physically deal with them . It has happened in many other countries . You can fool some people …

The guilty are always afraid. I refrain from commenting any further; Inquistorial privilege bars me. Judges must now decide whether the people who pay them are less important than suspects of larceny. Well said & all the best Mr. Noordin Haji. Kenyans love you, #HappyNewYear2019

Your remedies as @ODPP_KE
1. Ask parliament to amend the law.
2. Appeal the judgment.
3. Accept and move on.
4. Avoid frivolous prosecution.