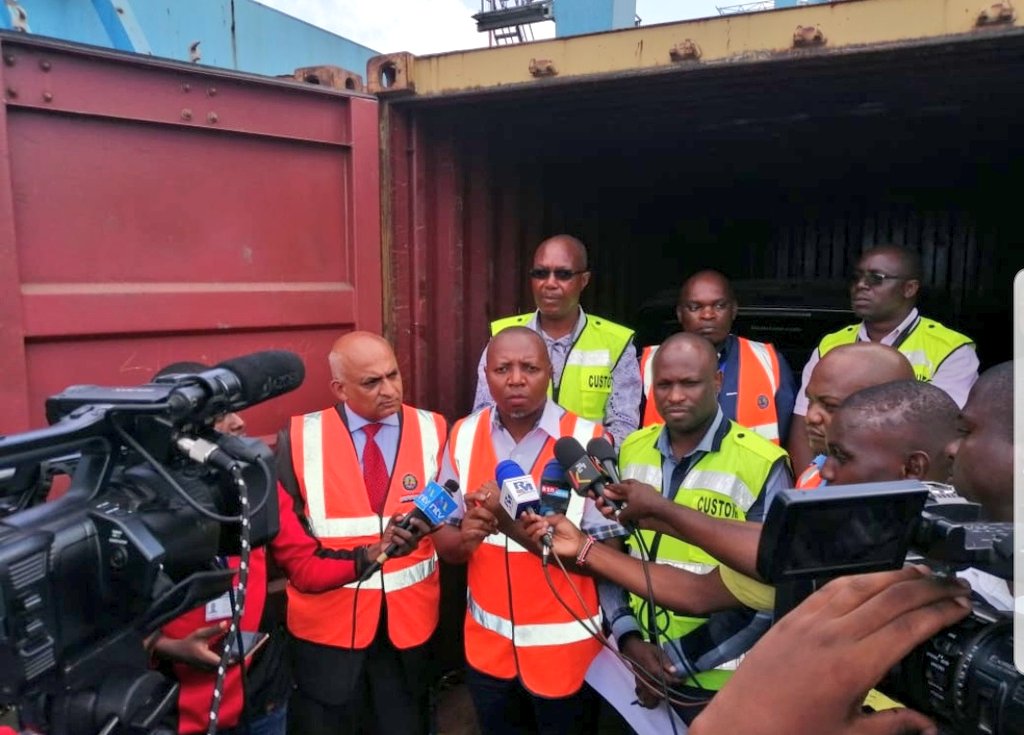 The man whose tenure has seen more corrupt dealings happening at the ports authority than even before owing to his association with Deputy President William Ruto needs to do more than just Public relations,

Recently he was seen coming from his hide-out to speak at the event where some nabbed top-of the range vehicles that were stolen from the United Kingdom were being returned.

Manduku spoke like an angel before cameras but all is not well as he might be arrested anytime now because of looting KPA.

It is now emerging that the money looted from the Kenya Ports Authority may have been used to fund the MacDonald Mariga by-election campaigns in KIBRA by-elections, a source privy with the matter has told this site. 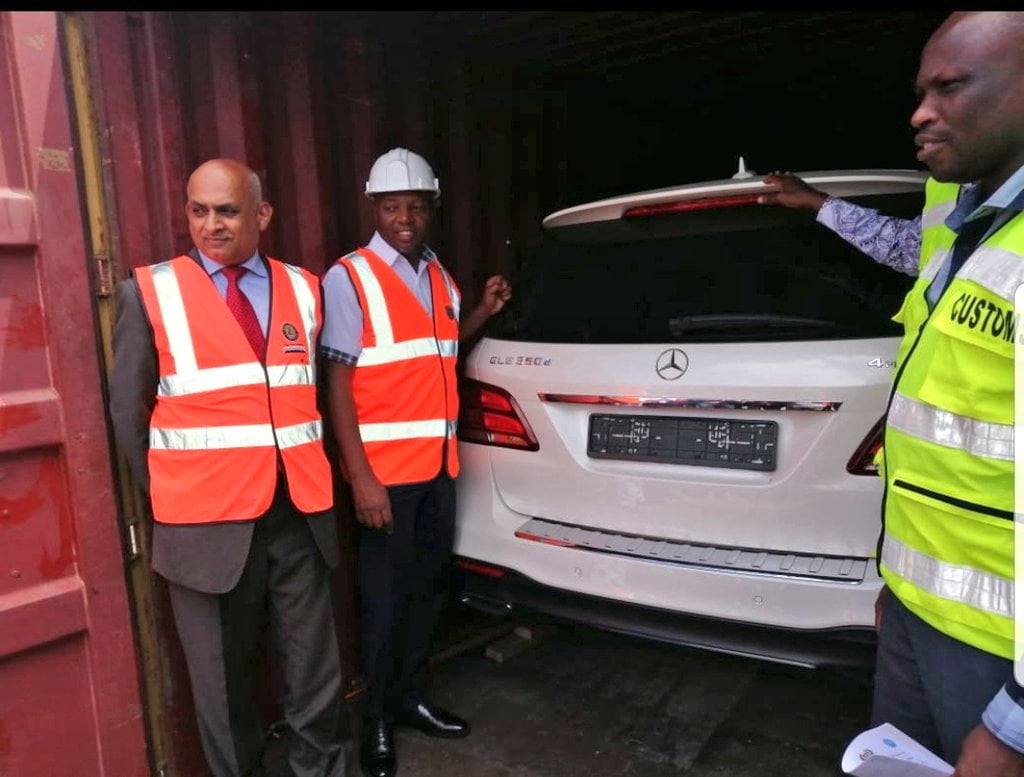 One of the 4 recovered and shipped vehicles. A team from the KRA, KPA, and UK’s National Vehicle Crime Intelligence Service (NaVCIS) worked on the job.

Mariga is vying on a Jubilee ticket in the KIBRA by-elections, where he is competing with Imran Okoth (& others) who is vying on an ODM ticket.

During the shipment of the 4 top-of-the-range vehicles back to United Kingdom, Dr. Manduku used empty words to describe the Port of Mombasa. He said that the  Kenya Ports Authority will continue to put measures to ensure that that the Port of Mombasa will not be used to facilitate illicit trade’.

Which is a lie.

The port of Mombasa continues to be a hub of criminal activities such as drug trafficking, tax evasion, human trafficing and this particular part of returning stolen property should not hoodwink Kenyans of the rot going on at the port.

Who would even believe the MD who a few weeks ago told a a journalist to ”write what they wished” after the journalist sought for comment about some scams at the scandal-ridden authority.

He is mot answerable to anyone, not even the laws of Kenya, except his Boss DP Ruto it seems.

The journalist who was overheard complaining about the arrogance of the MD promised to dig deeper and reveal more about the corruption at the authority.

The KPA is under a multi-agency investigation by the Ethics and Anti-Corruption Commission (EACC), the Directorate of Criminal Investigations (DCI) and the DPP.

A few days ago, Manduku and Former KPA MD Catherine Mturi-Wairi banks accounts were frozen after requests by the office of DPP Noordin Haji. This is after suspicious monies were traced to their accounts.

Recently this blog covered how the port of Mombasa systems were slowed down to allow githeri media to cover that trucks were taking cargo from the port, where’s on the ground vitu ni different. Trucks have been frustrated in favor of SGR.

Some aggrieved youth send us information on hoe they were told to apply for jobs at KPA through an online portal which didn’t work for the duration it was set u, but curiously the positions advertised were filled up.

Learnt from the worst

Dr. Manduku’s association with DP Ruto complicates matters, but as it is known the high priest of corruption as continues to be involved in almost all heists in the Jubilee Government and Manduku is his looter from the coast to finance his 2022 campaigns.

It is not doubt that the monies are hidden in various proxy accounts and churches.

Detectives have also refused to take his bribes.

Twitter PR will not save DP’s looter-man at the coast. The truth is out their and arrests are imminent.