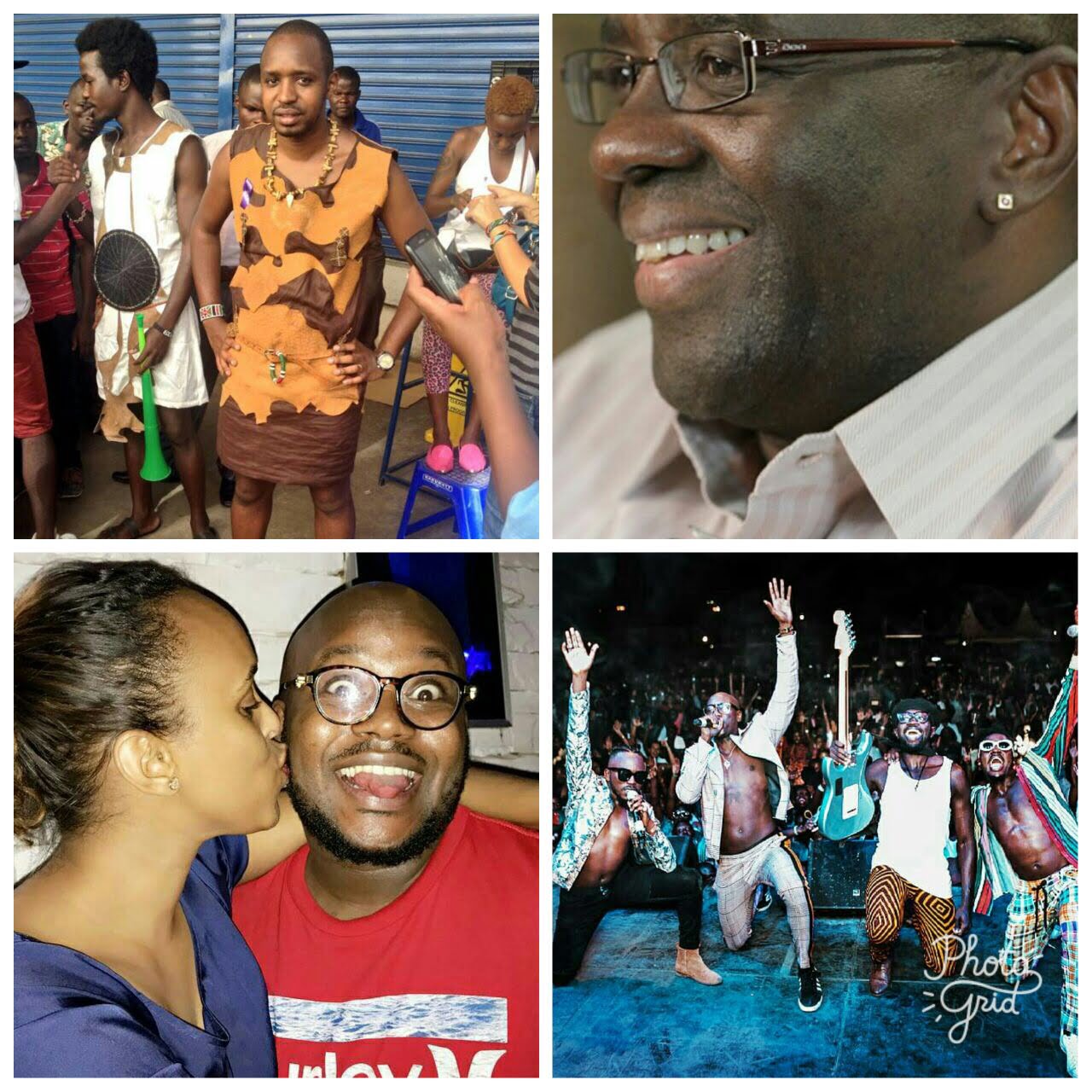 Today we release a special edition of the Wall Of Shame where we pin-point bitch-nigga’s who are worse than women. These are women who are trapped in male bodies. They champion for women’s rights because there’s monetary benefit to it in form of cash, donor funds, job-security and the likes.

This is the male who has strategically positioned himself in the donor-money vent. They’ve studied globalisation and liberalism and have realised that the interest of the white (mzungu) people is to decimate the black race. But since they can’t bomb us like Arabs in Middle-East, they hide behind programs like supporting gay-marriage, Family-Planning, anti-FGM, women rights campaigns, feminism causes, Adelle Onyango’s “Rape Culture” activism, My Dress My Choice, and the likes.

There’s a lot of money lying around for anyone with such intentions, especially if it’s a man. Fuckin Muzungu Donors are scattered all over Nairobi, awash with cash for such activities.

Boniface Mwangi and Willy Mutunga are experts at pandering to the female dollar under the guise of “activism” . I don’t even know how this Mutunga character sneaked in to become our Chief Justice. May it be the last time activists are being allowed to ascend to such important positions.

The white man has tried everything in his power to obliterate the black man. They started with slavery where the black men were captured and transported in droves. Confined to a life of servitude. Then came colonialism. During Emergency Period, white mzungu’s and their collaborators (Home-Guards) would ensure that every man and teenage sons were killed.

Women in the Emergency era literally hid their husbands and sons to save our race.

Boniface Mwangi and Willy Mutunga are the Home-Guards equivalent. They’re working with the mzungu to exterminate our black race, by implementing their warped agenda, especially by promoting these “rights” which limit reproduction.

Sauti Sol have consciously been pandering to the feminine imperative, driving a solely female-agenda. Any nigga who is seen bumping to their music is hereby cautioned that you will risk the wrath of other Boy-Child’s.

Any music which is widely embraced by the Slay-Queen culture is not worthy of the Boy-Child’s attention. They subliminally entrench an agenda. That we should spend our days worshipping women and ogling at their bodies. That’s bullshit! We should be discovering new inventions and building nuclear bombs like North Korea.

Not worshiping bitches as if they’re some Greek gods or something.

As the Boy-Child President, I have hereby banned you from buying any Sauti Sol album or attending their concert!

The Promoter Of Consumerism

Joe Muchiri spends his days on Instagram promoting consumerism and subliminally telling his low-life audiences that to get pussy, one must buy bottles of liquor and sheesha just to even get a bitch’s attention.

I can guarantee you that the nigga’s who spend that amount of cash trying to impress bitches, are not the ones who get the pussy. Women like firm Alpha-Males. Not pussies who take selfies.

Women who love and care for you, won’t allow you to blow your cash in overpriced restaurants, trying to make an impression, as if anyone cares.

Grow up you piece of shit!