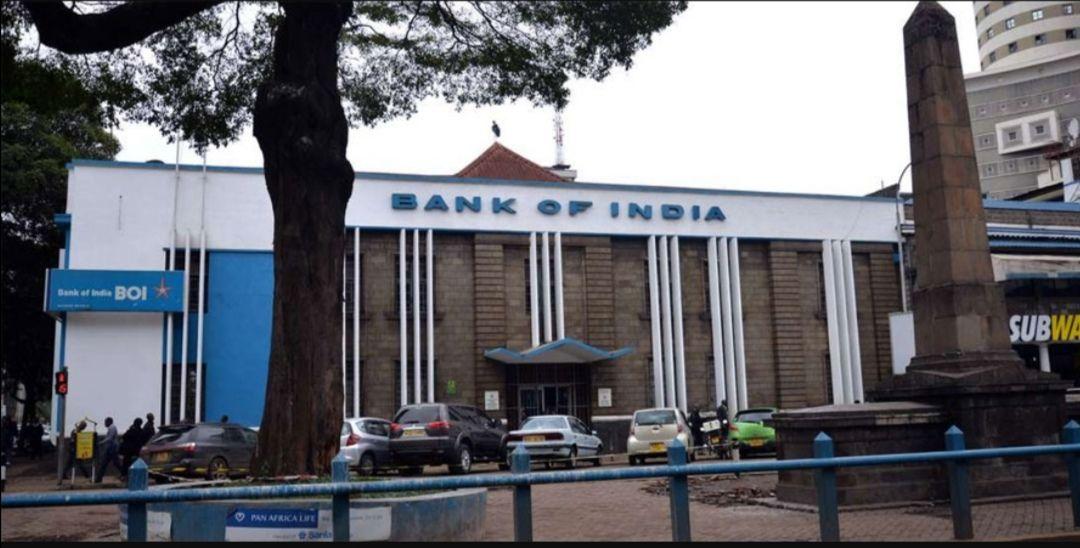 The Bank of India building on Kenyatta Avenue in Nairobi. | Nation Media Group

Cnyakundi.com has received an anonymous tip from the Bank of India (BOI) concerning mistreatment of staff.

Staff say that a manager by the name Mr Vinay Nagar Upkari who is said to have made the decision of converting Christmas bonus given to staff in December 2019 into loans to be repaid.

“Dear Sir, Competent authority has decided that henceforth instalment with respect to Christmas advance to be included under loan deductions for computation of staff loan eligibility”, Vinay Upkari wrote on January 7th 2020.

The staff responded through a letter to the management, addressed to the Head Office in Mumbai, under the title: Unethical & Biased approach of Mr. Vinay Nagaraj Upkari (AGM, CE Office, Nairobi) for local (Kenyan) employees of Bank of India, Kenya Centre

It is important to note that a compliance officer of the center cannot be a concurrent auditor. He has violated the norms of Central Bank of Kenya & Reserve Bank of India. While doing con current audit of Johannesburg branch (South Africa), he used to put his comments & observations as auditor and at the same time he is recommending as risk & compliance officer for closure of audit reports/remarks (which were audited by him) to competent authority, which is the gross violation of guidelines and more important thing that he is doing at the cost of local con current auditor of the Kenya Centre.

The reputation of the center /Industrial rotations are at stake. Hence, you are once again requested to take immediate action in this regard.

The headquarters ignored the staff letter, no response was given to them; the staff became agitated and reached out to us.

There are many Indian or India-led firms in Kenya that are doing exactly the same and we have received the case of a couple which we shall highlight in the coming weeks in a serialisation like last year’s (#SlaveryInKenya).

We have received information about:

Most of these firms are always in danger of being run down in case it is a British influence, or promoting slavery in case an Indian runs it.

For one thing has been true since and you all know so well that For Kenyans Working With Indians, It Is 1619 Everyday.

The Bank of India, Kenya centre started its journey here in Kenya in 1953 and since then it has had a growing presence in the country’s financial markets. This success of the bank can be attributed to its dedicated employees have devoted years, if not, decades of their life working for this institution. Since the bank first opened its branch here, local officers and other staff have been working in tandem with IBO’s without any problem.

But things have changed of lately. For the first time in the bank’s history, we local staff feel discriminated and cheated. Our salaries have not been revised since last year (in a clear violation of man power policy set by the respected board of directors of the bank).

Moreover, the IBO’s dealer and especially the current chief executive is indulged in taking undue advantage. One of our esteemed customers, who is a leading hospitality provider and travel agency operator and that too on various occasions. We have documentary proof of the same. This not only damages the image of the bank that have been built over years, but it is also very harmful for our business as a bad word of mouth about the bank drives business away.

It is thereby requested to set up an independent and just enquiry in this matter. Thank you.

As you can see, despite showing respect, the management has not been humane to their plight.

Impact of Coronavirus on jobs

The coronavirus pandemic is ravaging the world and more people are finding themselves out of jobs unexpectedly. Even for rich countries such as the United States of America (USA), the going has gotten tough.

As of yesterday, it was reported that 5.2 million more Americans filed for unemployment benefits last week. That’s 22 million people out of work in just 4 weeks. How about Kenya.

Cnyakundi.com has been well informed that some of the lay-offs in Kenya were done under the guise of tough market conditions notwithstanding the staff contributions in the revenue of the firms.

Of the selected cases, some staff, just like those of BOI stayed for ages without salary increment and when it came it didn’t reflect the work done.

Bank of India confirms my hypothesis that, For Kenyans working with India, It is 1619 Everyday.

In this article:#SlaveryInKenya, Bank of India, BOI