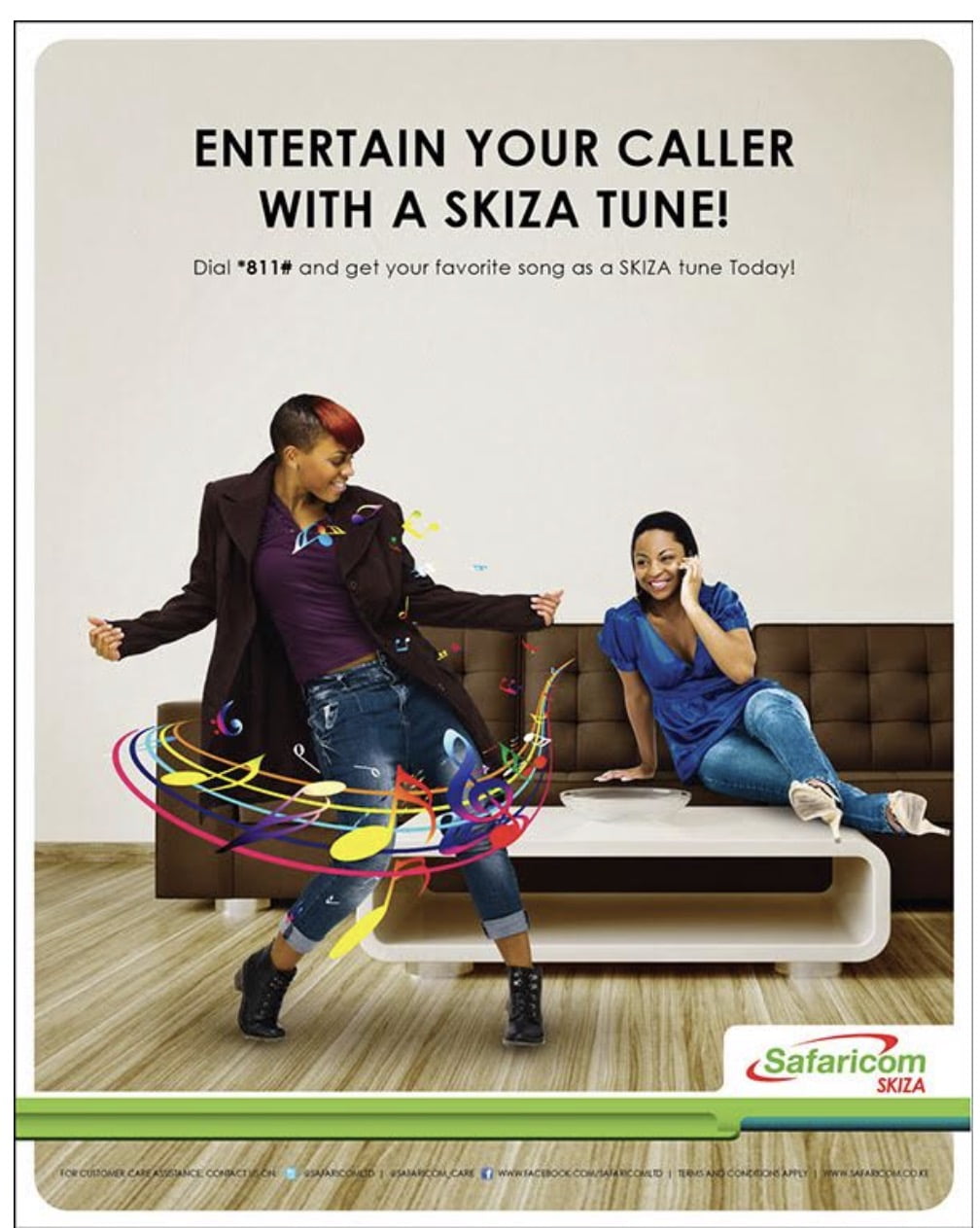 I am an artist, I don’t want you to reveal my identity yet for fear of victimization. There is a big problem with Skiza and artists are being defrauded of their income being that today the Skiza platform is one of the only platforms that Kenyan artists especially for those Community-based artists who sing in local dilects who used to depend on CD sales, that has been overtaken by technology.

How does skiza operate?

There are three levels

In this era artists used to give their music to private companies called PRSP’s who in turn uploaded the music to Safaricom. When money came it was also directed to these companies who in turn paid the artsists how they wanted. They did not give artists any logs of how there the music was doing, how much an artist had made, all went into oblivion.

Then came the saviour the judge sent from heaven, Judge Mumbi Ngugi who made a decision that artists CMO’s receive the Skiza money on behalf of artists and pay them. At this point an artist who received Kshs.60 000 per annum , received Kshs.400 000 in 3months. These crooked companies had been fleecing artists and supported by Safaricom to the tooth.

You must have heard of the reknowned artist Eunice Njeri’s cry. She was fleeced. These rats like Bernard Kioko’s “Bernsoft” operate on one thing; LET ARTISTS NOT GET INFORMATION. Eunice njeri was fleeced because these crooks hid the information from them of potential of there music on Skiza platform and how much the artist made. 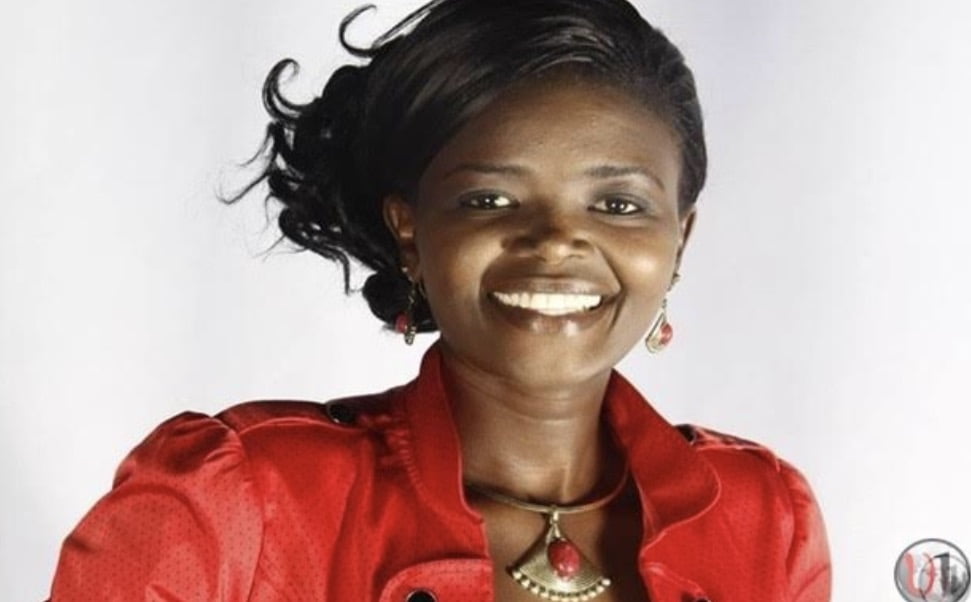 CAPTION: Eunice Njeri is a victim of the Skiza Scam operated by Bob Collymore and senior management at Safaricom, who collude with third parties to defraud artists.

So during the CMO’s regime, artists atleast now know the potential of their music on Skiza platform but because of greed they also paid artist slightly more, whilst witholding dubious percentages of tax without asking the artists for KRA pin, a ridiculous 7-10% of management fee, while the same PRSP’s still took 5%.

Out of the 100% earnings, Safaricom gave artists 15% which is or was subject to management fee, taxes etc. Information that is currently with artists after intense lobbying is that Safaricom increased the artists percentage to 22% up from 15%.

Lady Justice Mumbai Ngugi is so efficient, that former Chief Justice and most useless wanker in judicial history Willy Mutunga transferred her.

This is now a dark era decision by a stupid judge who in my wisdom was bribed. This Goat without looking at the interest of artists who are the majority, made a ruling last December to compel Safaricom to again go back to paying artists through these fleecing rats called PRSP’s.

Now in December, they asked artists to provide them with their bank account detail for them administer the payments. To artists utter shock, they came up with their own logs made internally and the amounts they suggested to pay artist was less than 50% of what CMO’s paid. Then they are cheating artists into signing unscrupulous contracts which will then tie them into being their publishers without their knowledge, thereby having them take atleast 50% of there revenue forever.

The biggest problem is that well known artists will be able to earn this amount because they are known, most of them live in Nairobi or have accessible persons in Nairobi to run erands for them. Artists from the village who have their music on Skiza have the biggest hell on earth.

These companies are based in Nairobi and hidden in dingy offices where they make it hardest to be located. I want to imagine an artist from Lamu for instance, coming to look for his 14k in Nairobi, hell on earth. CMO’s were better you can get them across the county.

This is my biggest problem Safaricom has one of the biggest money transfer systems in the world MPESA. Why is it hard for them to pay genuine suppliers of content to there Skiza platforms, to pay artist directly thereby removing all these deductions that are being pelted around by either CMO’s or PRSP’s? ooh! 10%administration fee, oooh 15% management fee, oooh! 7% legal fee. And this is taken from a mere 15% that is paid to artists.

The reason Safaricom uses to evade queries is that they don’t want to deal with artists directly so as to avoid copyright complaints. But complaints are everywhere. Even those people who supply them wuth mobile phones or modems or laptops to sell might have ownership complaints thus they should not use it as a reason for them to expose artist to massive fleecing.

Here is the contradiction. Safaricom claims that payments and management of Skiza is done by third parties, yet Safaricom itself markets Skiza on the mainstream media through billboards, television/radio adverts, etc. So Safaricom conveniently deflects payment issues to third-parties so that they can hide the fact that it’s senior managers benefit from funds stolen from artists.

Youtube pays artist dieectly and has a formular of handling digital complaints. Further what’s hard? In the case of any dispute on rights, such matters and payment be reffered to the CMO’s and KECOBO. This sometimes makes me think Safaricom has a hand in this fleecing.

We want Safaricom to send to artists the logs of how their music did monthly like they do with Mpesa statements so that if they insist on us being paid by any institution, we artists know the value being disbursed and the ridiculous deductions being undertaken.

I still question why does Safaricom insist on paying artists through these RAT institutions like Liberty Africa who sometimes mascarade as Xpedia and Cellulant and yet there are qualified financial institutions like banks who artist can reach from all corners of Kenya. If they cannot use their own Mpesa services, let them send artists a log of how much they have made on Skiza on email or post, let artists go to the banks and with these logs and maybe a unique payment code and let the money paid to the artist directly. If there is any contests let such be referred to CMO’s or KECOBO.

Please help sensitize artists on the current situation and they can unite in one accord and petition the courts to to compel Safaricom to pay artists directly or even give artists logs of how much they have made. Because the right to information is a constitutional right.

Otherwise it is evident that Safaricom is insisting on using these third-parties to scam and steal intellectual property from artists, without their auditors giving them stick. Just in the same manner that Safaricom was stealing airtime from customers behind third-party SMS Premium Rate Suppliers.