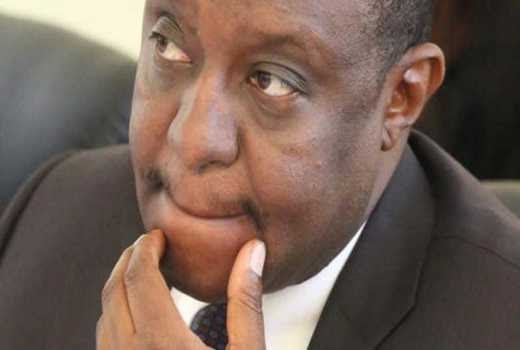 Henry Rotich (pictured) is your quintessential Kenyan (politicians if you like.

A man who is touted to be astute academically fails to steer the country in the right direction in the most important docket.

Why did I say he fits the perfect Kenyan description?

Rotich, like many others before him who were brought in for their brains have failed to live up to that billing. One reason might stand out for this behavior: politics of cronyism.

Cronyism is defined as the appointment of friends and associates to positions of authority, without proper regard to their qualifications.

Of course Henry Rotich is a qualified, he is a Harvard-trained pubic administrator, he did economic at the University of Nairobi.

Cronyism has a bad part, one has to do as their boss(es) – the one who bought them into the job – demands.

This mediocrity has survived for long because of a failed justice system. A justice system that goes for those in the wrong but stops immediately a call is made ‘ from above’.

In a proper country, Rotich would be rotting in Kamiti together with his two bosses.

The only solace we have as a shitty country is that, Rotich will be taken rounds and round by the DCI and DPP and in our comfort at home, we will type on our social media pages, ‘nobody can stop reggae’.

The DCI and DPP are used to these sideshows and they know how to play to the gallery.

The despotic duo UhuRuto also allow this to happen so as to appease Wananchi, but these schemes are losing their appeal. No one cares these days anyway. The DPP and DCI have already failed.

The sins of Henry Rotich

The rain started beating Henry Rotich after it was revealed that Ksh21 billion had been lost in the twin dam project Arror and Kimwarer.

It was later found out that the Cabinet Secretary has registered a company and put foreigners as its directors. The company later won tenders in the project against the laws of Kenya forbidding public officials from doing business with government.

In July, Rotich alongside his Principal Secretary (plus 8 others) were arraigned in court to face charges for their roles in awarding two contracts to Italian firm CMC di Ravenna, to construct the two dams—Kimwarer and Arror—all in Elgeyo Marakwet where work is yet to commence even after huge pay-outs.

They were released on a Ksh15 million cash bail.

After the news broke, Deputy President William Ruto had denied that Ksh21 billion had been lost, he said only Ksh7 billion was missing.

Before this, Rotich had been a ‘Yes-man’ CS, always saying yes to new loans. Never explaining what happened to the proceeds from the Ksh215 Billion Eurobond.

More sins that we have covered

To execute the grand heists, President Kenyatta has roped in WorldBank-friendly staffs like StateHouse Chief of Staff Joseph Kinyua, Finance Cabinet Secretary Henry Rotich, Central Bank Governor Patrick Njoroge, and others who know how to negotiate bribes with local and regional staff of the WorldBank. There are many “technocrats” seconded to Government from WorldBank and IMF. The term “technocrats” is used to define glorified thugs these days, who largely thrive on bribing business journalists like Terryanne Chebet and Wallace Kantai, to appear as saints in the finance sector. READ MORE: WorldBank Kenya Officials Conspire With Government To Loot Western Bypass Money

BLIND Leadership: ‘No investment metrics have been mentioned, no minimum return, no policies, no strategies’. READ MORE: Is Kenya Sovereign Fund Bill 2019 A Scandal In The Making?

MORE LOANS: Poor Kenyans and their children will now have to pay off the huge debts left by the illegitimate duo who clearly couldn’t care less. READ MORE: Another One: Kenya Secures 35 Billion Loan From Germany

A sinking ship…oops, Kenya READ MORE: Treasury spent Sh57 out of every Sh100 it collected in July and August to service debt

The Rot At The National Treasury

The only reason the National Treasury never suspended IFMIS is that they use it to loot state coffers. READ MORE: Exposed: Irregular Hiring in IFMIS

Treasury Projections: Uhuru To leave The Presidency With A Ksh 7 Trillion Debt