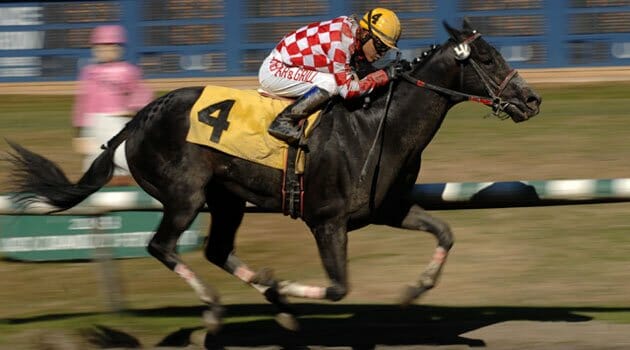 The 1,800-metre, nine-horse contest was timed to coincide with the lunar new year weekend, when many Chinese travel overseas.

Organisers China Horse Club said 500 Chinese guests who are “chief executives and above” as well as government officials and celebrities attended Sunday’s race.

A total of 12,000 people including Singapore’s avid horse-racing community attended the event.

Teo Ah Khing, the Malaysian head of the Tianjin-based elite racing group, said the race was a test bed for plans to host a series of other international races for a similar elite Chinese crowd.

“The whole idea is to tap on a vacuum, a demand for a lot of Chinese from the mainland who travel overseas and read a lot about the big international races,” said Teo, a self-made billionaire.

“The affluent mainland Chinese want to be known as owners of stallions, owners of internationally-renowned stallions,” Teo told AFP in an interview before the race.

The race was limited exclusively to horses from China Horse Club’s stables.

The club, which owns dozens of mares in stables around the world in partnership with Ireland’s Coolmore racing empire, has runners that have won top-tier races including in Australia, the United States and France.

Teo said many of the wealthy Chinese attending the race “are interested to know what racing can bring in terms of upgrading themselves… networking and business opportunities”.

“The race will bring the Chinese to the world, and the world to China,” he added.

China, with a population of 1.4 billion, had 2.38 million millionaire households in 2013, trailing only the United States which had 7.14 million, according to the Boston Consulting Group’s Global Wealth 2014 report.

Teo, who was involved in building Dubai’s Meydan racecourse, said the China Horse Club plans to set up a horseracing circuit aimed squarely at increasingly well-travelled wealthy Chinese who are keen on latching onto the sport for networking purposes.

The annual calendar could feature races in cities across Asia, North America, Europe and Australia, he said.

Chinese spending on international travel in 2014 rose to $165 billion from $129 billion in 2013, according to latest government data.

Teo said such figures meant an international horseracing circuit catering to affluent, globetrotting Chinese and modelled after motor racing’s glitzy Formula One, which generates revenues of about $2 billion annually, “can be easily imagined”.

“It will be much bigger than that…in horseracing there are thousands of stallions, so the business model in terms of size and consumption is much bigger than…in F1,” Teo said.