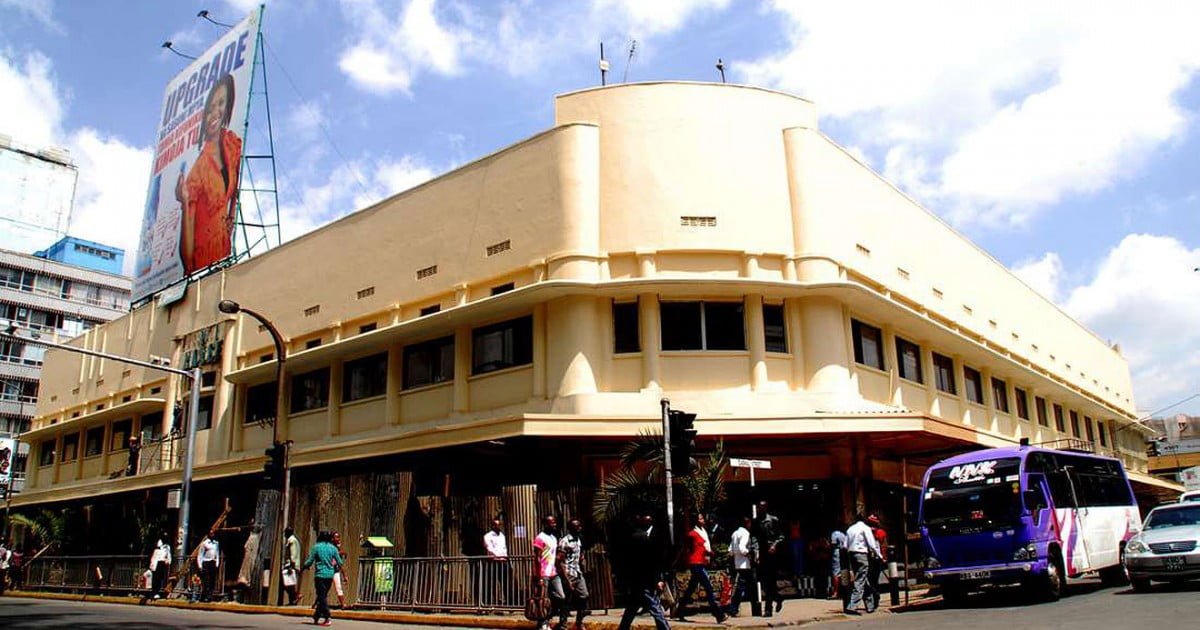 A woman’s respect is pegged on two things: Your ability to lay pipe well and the amount of money in your bank. If you have money and you can plumb like a skinny nigga in a clothe’s stall and you can make it rain like a drug lord, you are safe.

A good plumber is especially a jailer of men emotionally vulnerable women, who can’t summon enough courage to get off the dickmatization. Rich men are a trap of materialistic women who believe crying in a range is better than being rained on in a boda boda but happy.

There is a third thing that can make a woman respect her man. Love. But this is increasingly becoming rare. To find a woman who can love you as an average bloke is extremely rare lately. This heavily depends on how you conduct yourself. If you are a good guy, who goes home early, eats her food, provides what you can. You stray a bit, and she strays. Often.

I write this, as I think of Jamal, the slain KTN actor. The nature of the stabbing to me reeks of utter contempt and hatred. What kind of contempt can drive someone to kill her lover?

It is said that Jamal was asking her why she was being bought drinks by men.

It is sad. I have said, going with your woman to a bar is never a wise thing. Women in bars is never a good thing. Call me what you want, but this is my God-given opinion.

By no stretch, am I saying that women who go to bars are immoral or loose, or women should not have fun. I have no such powers. What I am saying, and I am talking to men, is that it is never a good idea to go with your woman in the club.

We can conduct a social experiment for anyone who doubts me.

Most women in clubs are always staring at the men in the next table. Partly because, their foolish men are on their stupid phones, and partly because women want attention and any man who shows them attention, is good sport. Besides, women in cities are wired with a spirit of adventure. I can’t disclose what my escapades have taught me, but after 12 years of social experimentation, the safest bet any man can do when looking for a long time partner is to land a woman who hates loud music and the smell of alcohol. Or those who have cultivated a sense of maturity to go a to a decent quiet bar, enjoy a glass or two wine and goes home y latest 9 p.m. This is something that we cannot be democratic about. So it is a choice as a man you have to make.

In an alcoholic zone, people are not themselves.

Two instances. And we can choose to view them in isolation, as an exception, and not the norm, but hey.

Mid-last year, I ended up in some graduation party in Syokimau. I don’t remember who took me there or how I ended up there. But it was one of this big houses, with good food and liquor in store. The brother to the host had graduated with some Masters, and the crowd was a bit mature.

Now, there was this MC, quite a skinny, loud dude, with a dry sense of humour, so dry he will make MC Jessy sound like, well, MC Jessy.

He kept drinking anything on the table and we all feared that it was a matter of time before he chewed. And within a short 47 minutes, he had chewed.

Now, he had a hot girlfriend. Not immediately beautiful, but to a discerning eye, she had this hot, virginal, village-raised bodies that any hetero-male who a taste for challenge, Imenti style, would love to devour.

Some scientist in Cambridge have not discovered it yet, men descended from vultures and hyenas more than they descended from monkeys. Because our scavenging abilities are legendary. All of sudden, men were circling around the girl like vultures circling a dead calf in a famished desert.

The girl exuded that provincial vulnerability that could not match the sleek nature and ways of the city fuckboys. I got distracted, forgot about her, and a moment later, I found her in the balcony in a very compromising position with some bully.

I went back and now the boyfriend was throwing up everything he had eaten in the last 72 hours, and the house was smelling horrible and his closest male friend had to pick after him. And I have never seen a girl more humiliated. The bully might have had his way because he left soon afterward. When people start puking on carpets, you leave. But the few vultures who hang around (I stuck there because I needed some means out of the place). Moments later, I ran into the girl in parking exchanging every type of kiss. Beware of this innocent looking women.

A few weeks ago, I shared a similar story in my Nairobian column. Of a party, I attended in Lang’ata. The host had thrown one of those parties where the food and drink are enough. And I am not talking about the stupid whiskey that burns and char your tongue like nonsense.

Long story short, the host got a bit too tipsy and the things I saw men do to the wife/girlfriend didn’t impress me much.

Because it takes a lot of discipline on the part of the woman to resist the charm of a drunken man if she is drunk herself. Alcohol impairs one’s judgment. Alcohol brings the worst in us.

If you are prick, alcohol makes a prick ten times. If you dharau your wife/girlfriend, or boyfriend/girlfriend, when drunk you get a license to dharau them properly.

Married people who do bad things when drunk, boils down to the level of contempt they have to their spouse. from harmless flirtation to socket dancing, to kissing to the actual act, it all boils down to the amount of respect you have for your spouse.

If there is no respect, like for men, you will go home at 5, your breath rank with cheap whiskey odour, and your shirt full of lipsticks and you will not care less.

For a woman, she will do anything to denigrate the man. And when contempt is mixed with hatred, stabbing becomes easy.