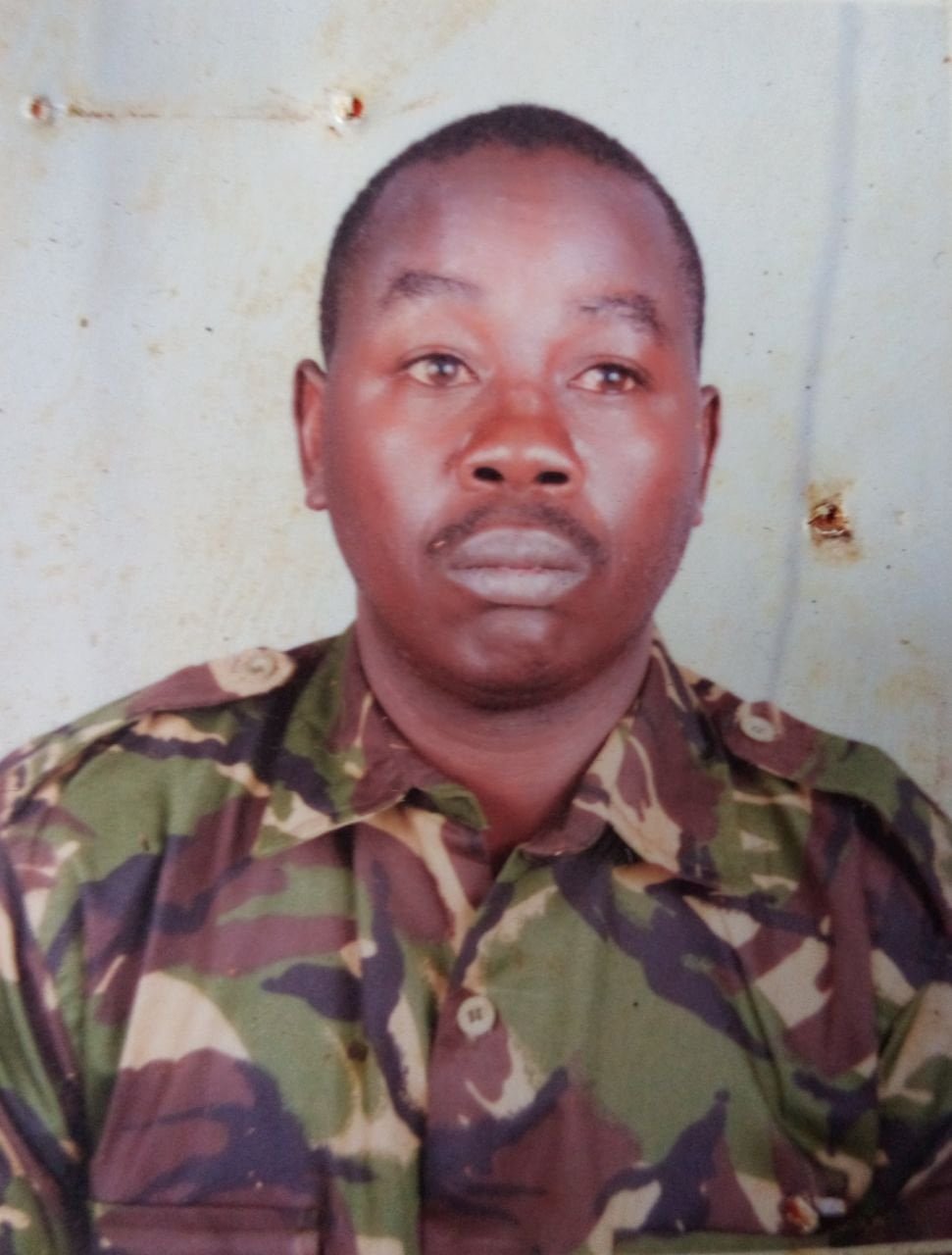 RIP: John Muchiri Mutahi, when he was in the military service

As Kenyans were celebrating fathers day yesterday, one family in Nyeri County was grieving as their dad was no more.

61 year-old John Muchiri Mutahi was attacked and killed by his brothers as he worked in his farm in the morning.

He was beaten to death in broad daylight in front of his family members.

The videos attached below shows the kind of inhumane behavior that can make anyone cringe.

The tussle for land had been going on for some years now. The family of Muchiri owns the land in which the other two brothers and cousins also laid claim to.

So on this fateful day, as if by plan, they waited for him to get busy on the farm, then they stroke.

They attacked Muchiri using big sticks and beat him severely till he passed out.

He was rushed to hospital but was pronounced dead on arrival.

The family and villagers were left in shock from what had happened.

It was a gut-wrenching scene.

To make matters worse, the two brothers who are retired police officers didn’t see any wrong not reporting the matter to the police.

The children of the deceased man have always lived in fear of their uncles and that’s why they have contacted the editor of this site to pass this message to the Directorate of Criminal Investigations (DCI) Boss George Kinoti.

Why did the police only arrest two and not all the seven attackers?

DCI George Kinoti should order his boys to move with speed to bring the killers to justice.

This is great injustice.

They killed a man in cold blood.

A hardworking man who was tending to his farm in the morning.

They attacked him like ravenous animals, beat him like a thief with rungus and left him for dead.

A heartbreaking video shows the man, leaning face forward near a barn, loosing consciousness as the killers walk around the compound assaulting the camera man.

The son went to his father tried to wake him up but he was limb.

The son sent the below message:

These people are my cousins and uncles. One of the uncles is a retired GSU officer the other one is a retired Major who used to serve at Kiamariga Police station here in our sub-county.

He used to harass my father every time he thought of he hasn’t even written a statement with the police.

My dad was an ex military officer who deserves justice like any other person in Kenya please if you need more information call me via this number (withheld).

Police department haven’t made arrests of the 5 out of the seven who killed him at our piece of land in broad daylight.

Below is the Video of the man that was killed