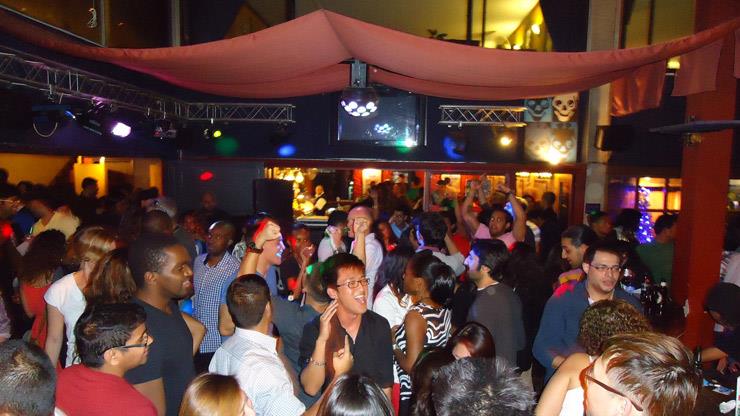 For the better part of Wednesday afternoon, social media users across the country were sent into a state of panic following the emergence of unbelievably scary confessions that revealed how easily and quickly the dreaded HIV virus has been spreading in the city.

On Bett Wahome’s Instagram story, all the shocking experiences he had received through his DM were shared for the thousands who had flocked his account to read.

From how sex for grades and unplanned foursomes had led to substantial permanent consequences to how lust induced revenge missions were brought to a halt at the many Voluntary Counseling and Testing (VCT) centers in Nairobi.

The stories not only showed how careless the younger Kenyan generation has become but also how casual sex is slowly turning from a sign of “emotional maturity” to one of the most dangerous encounters in the city and the country in general.

Here is a thread of the screenshots. 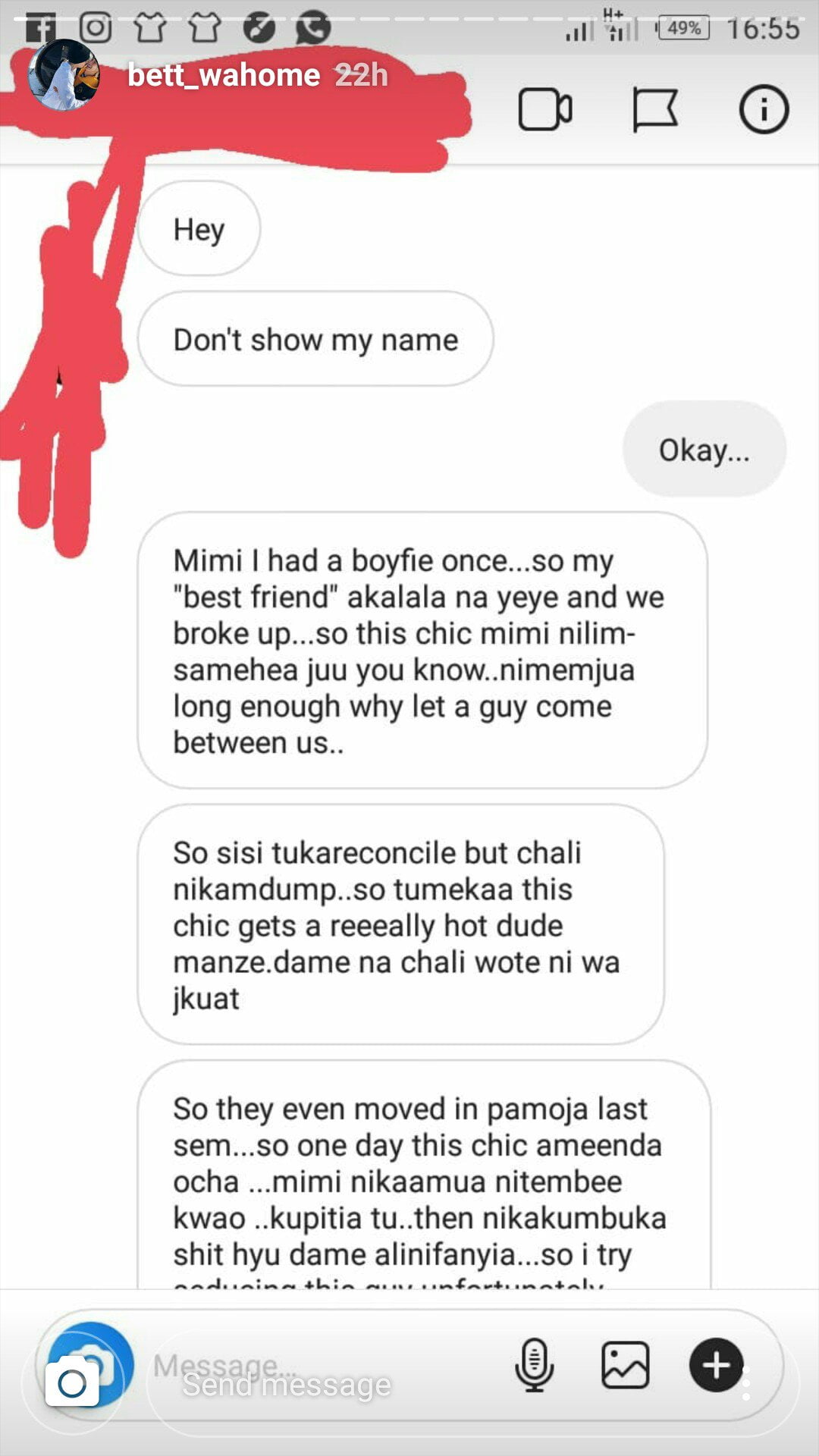 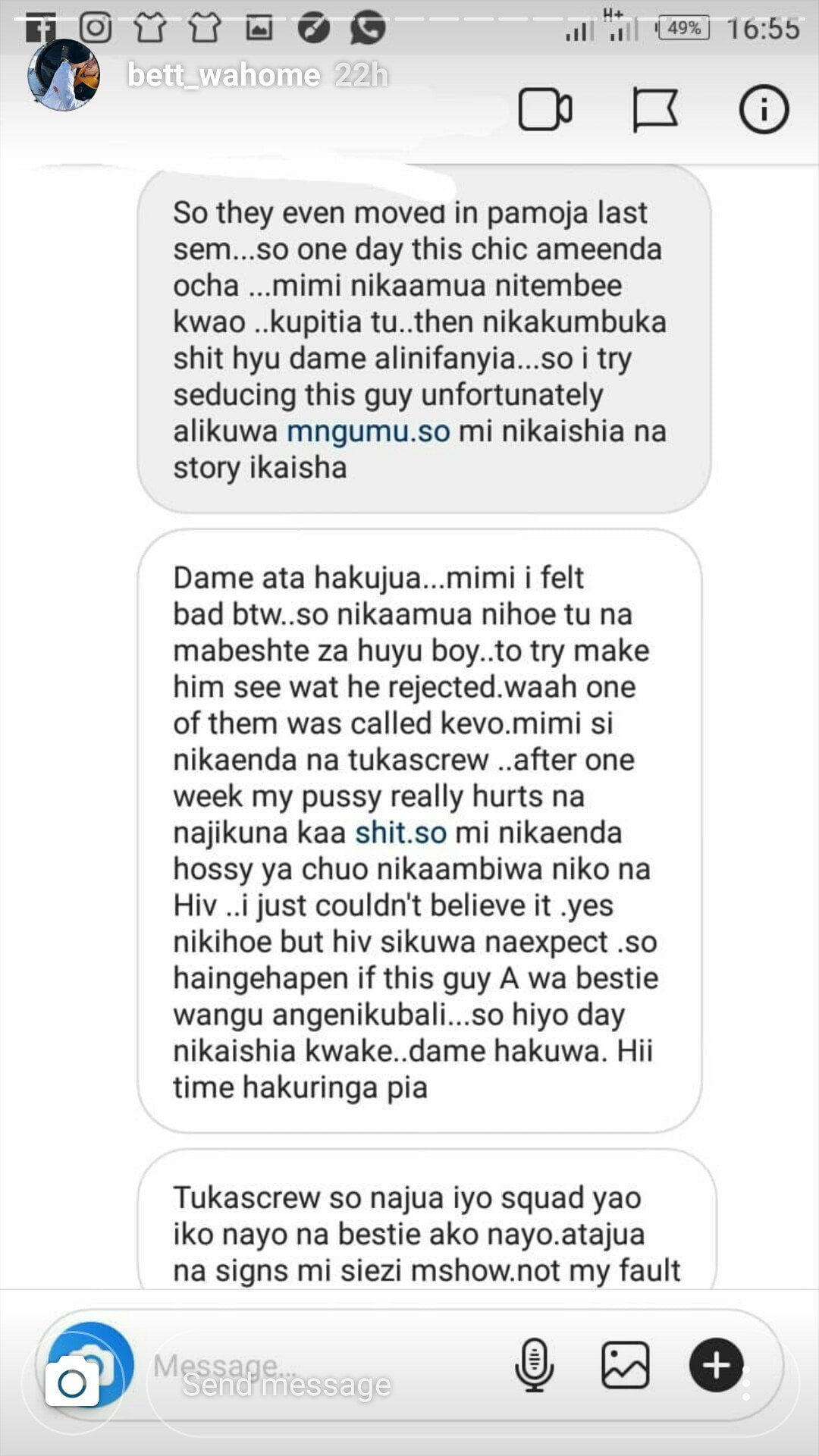 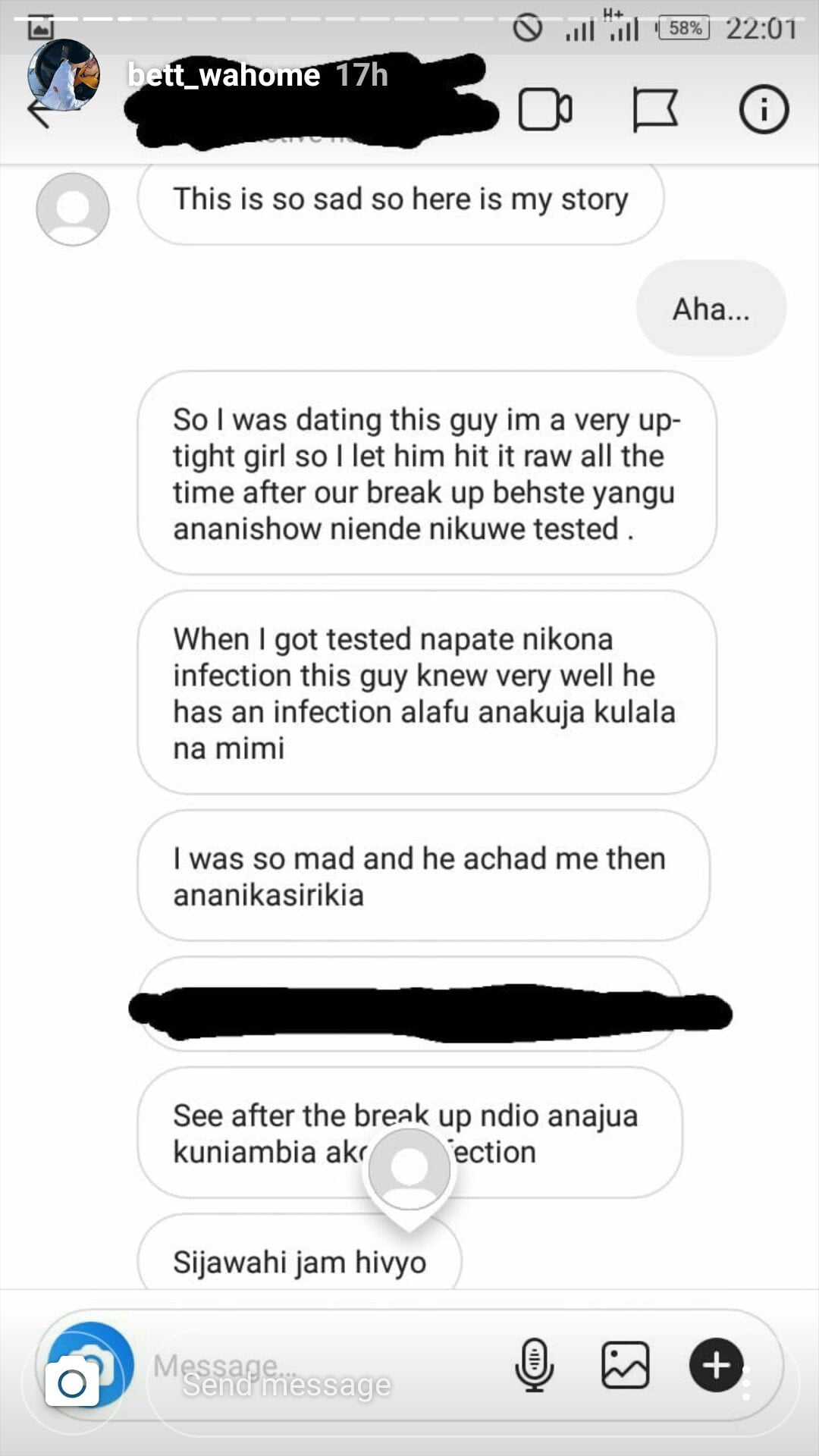 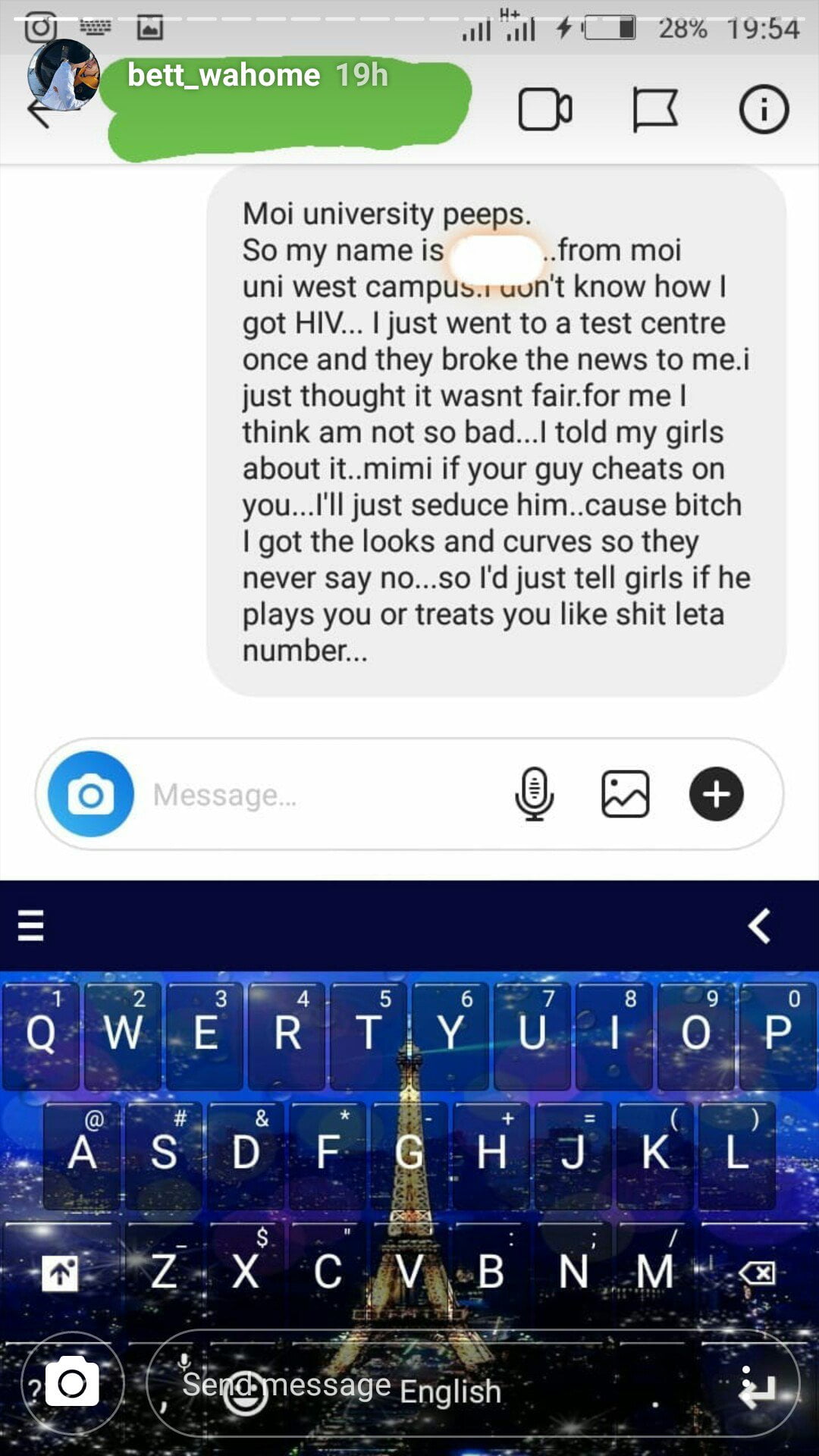 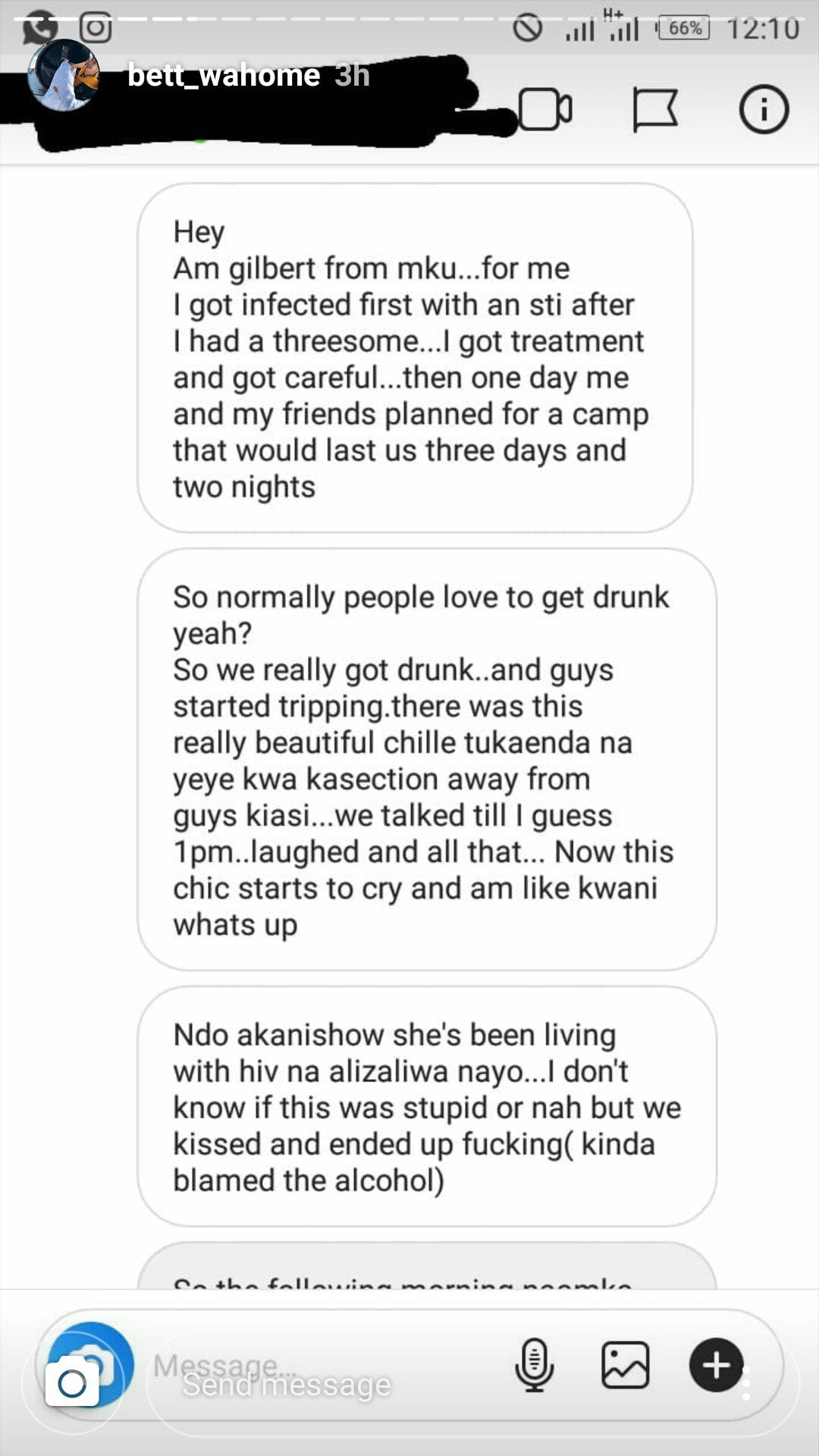 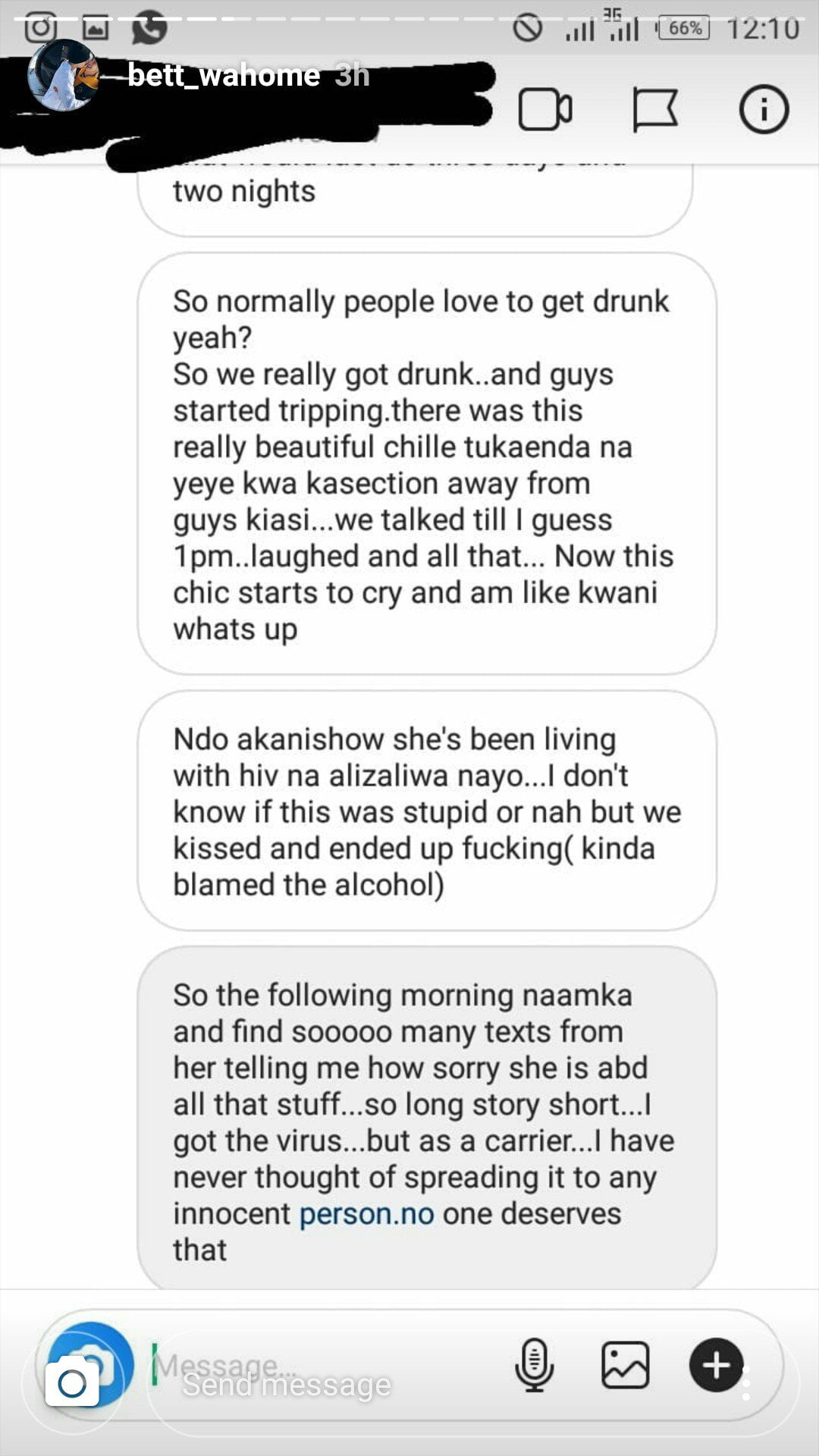 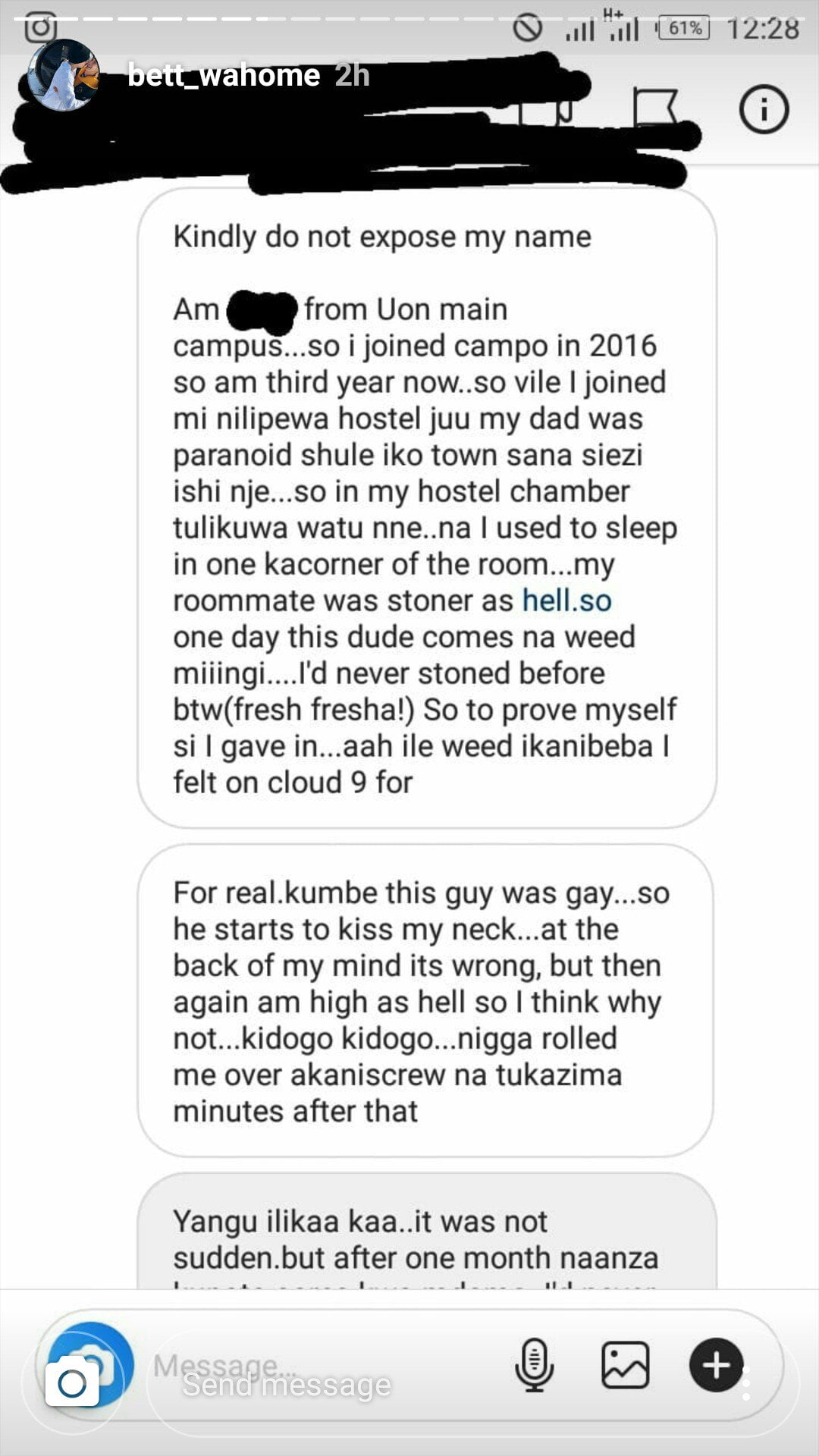 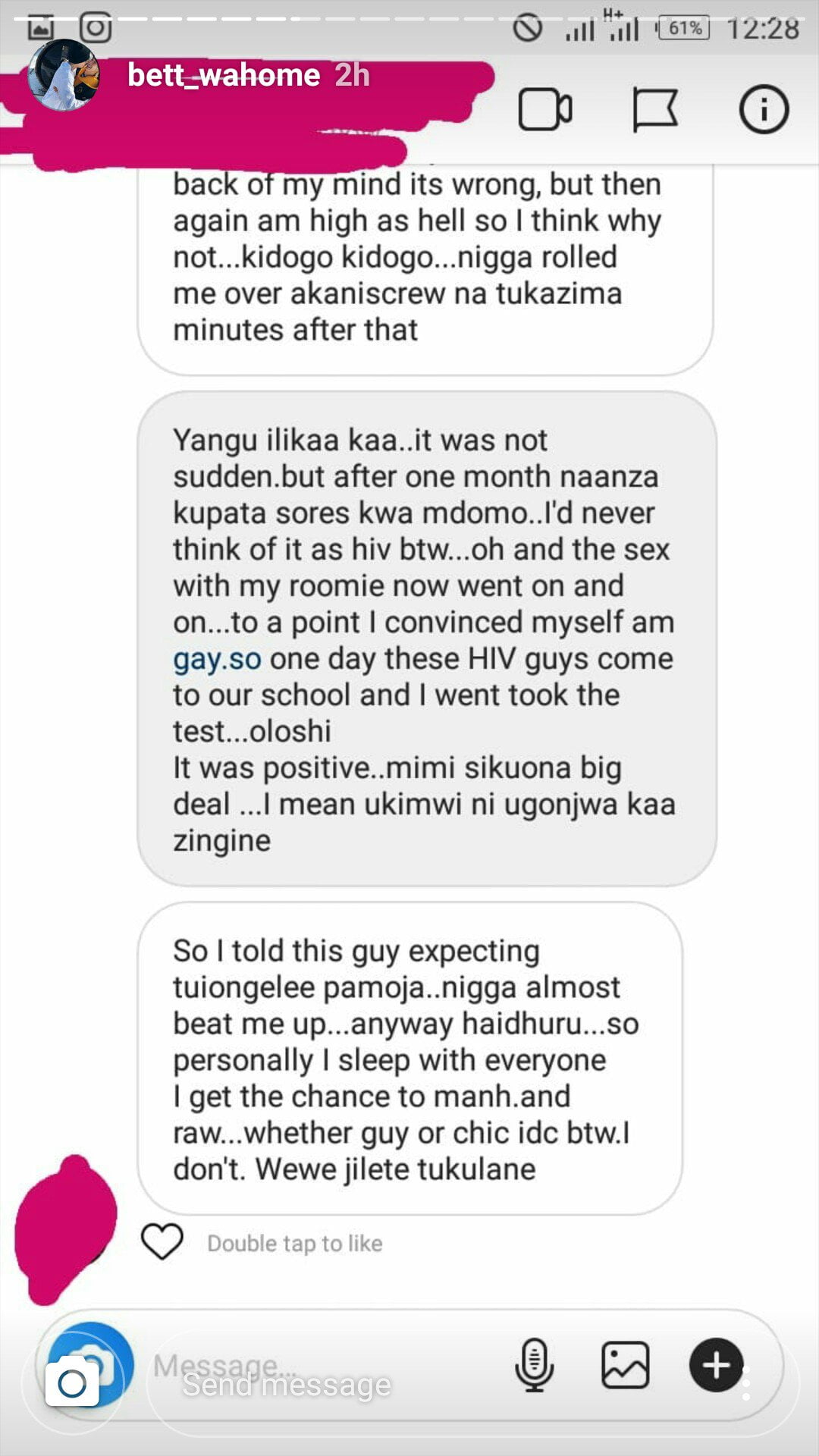 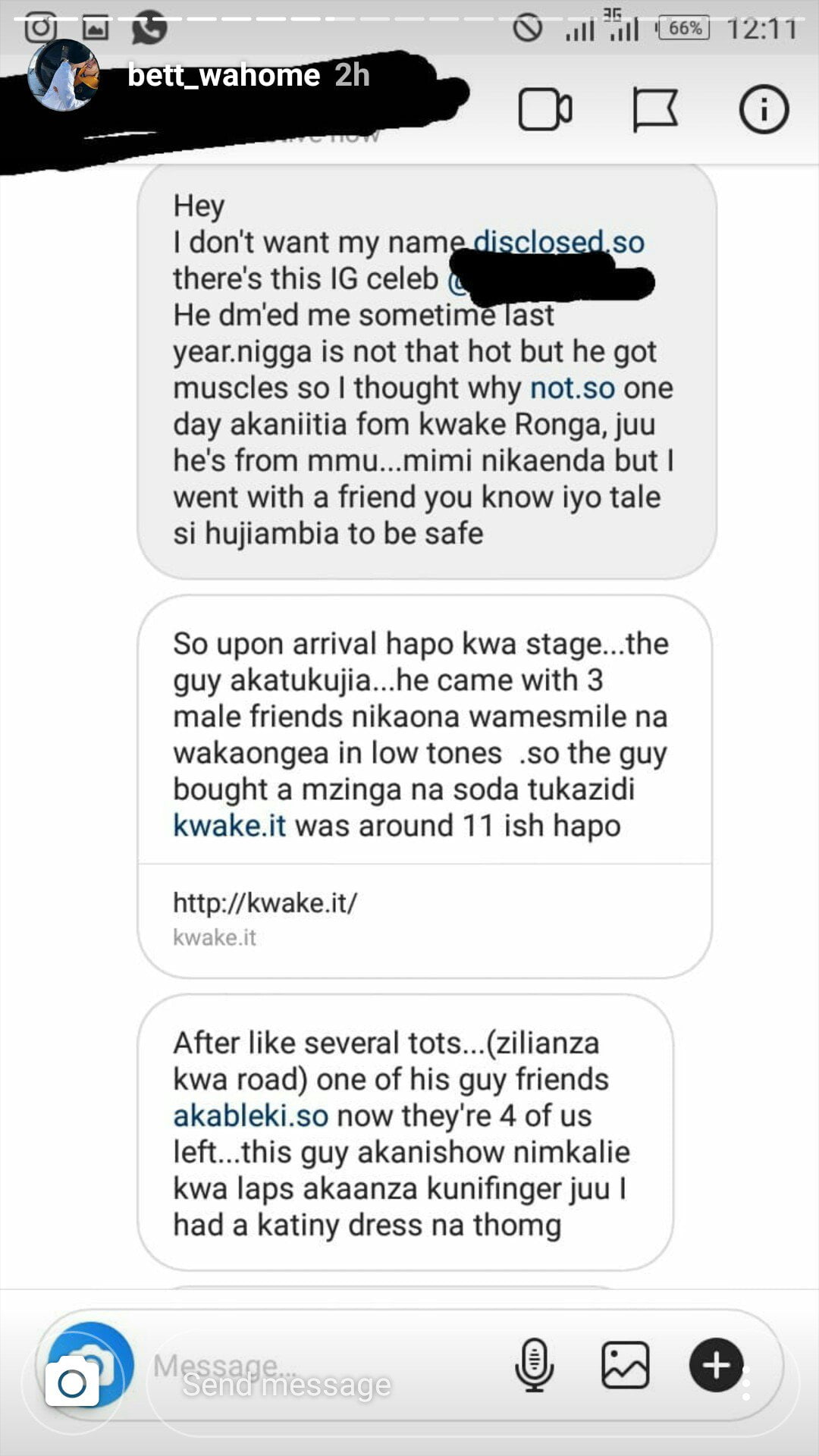 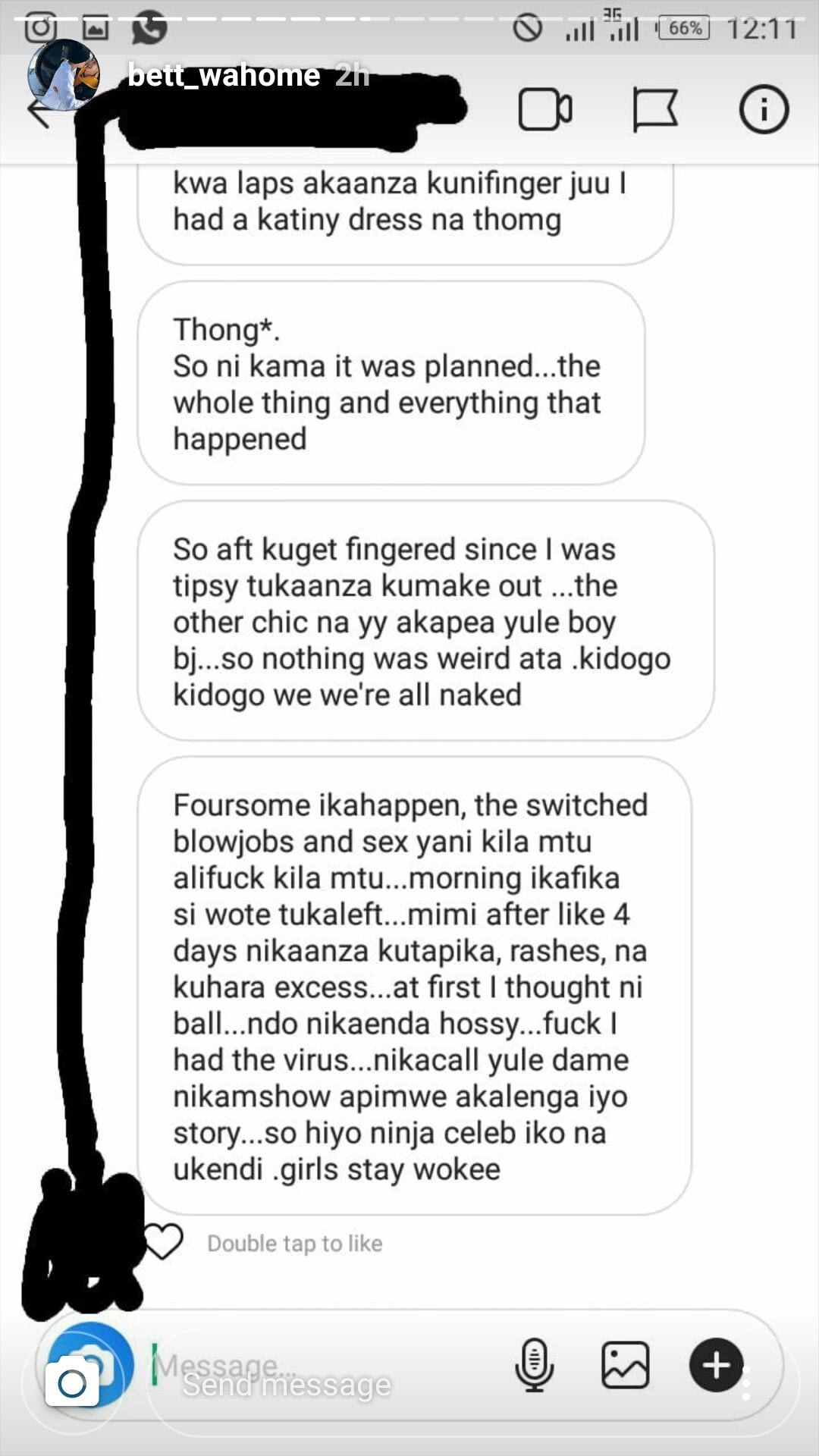 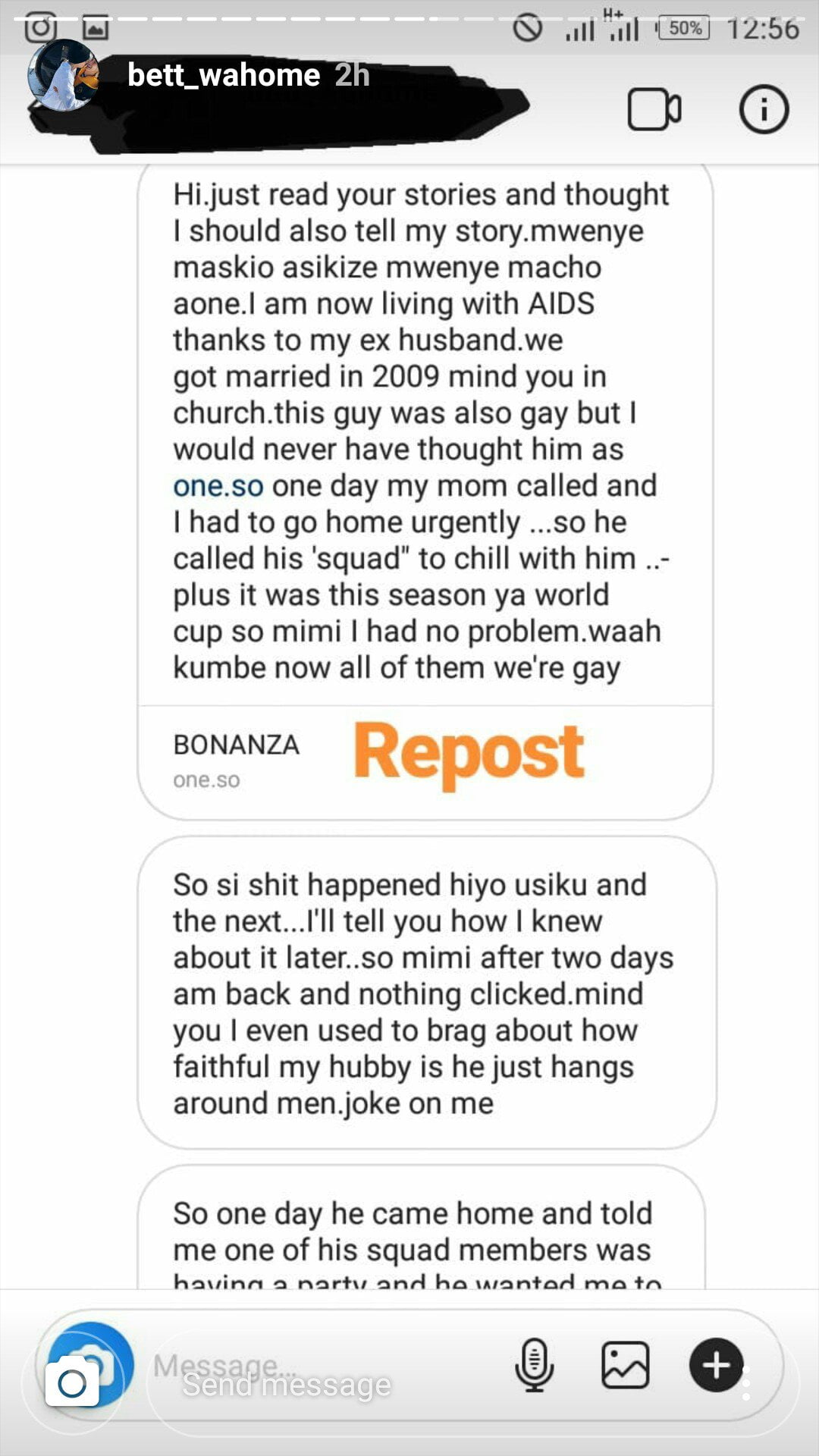 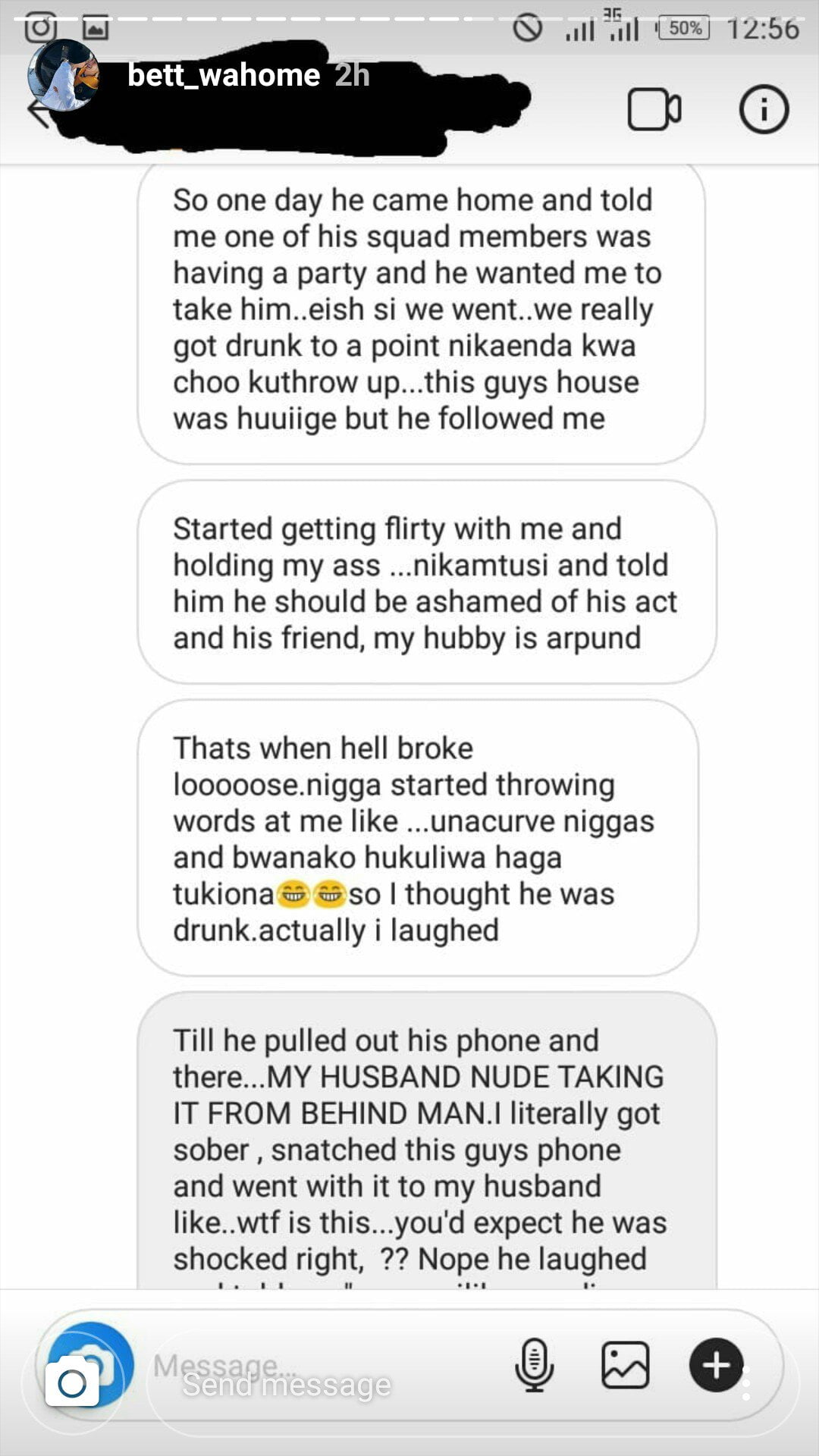 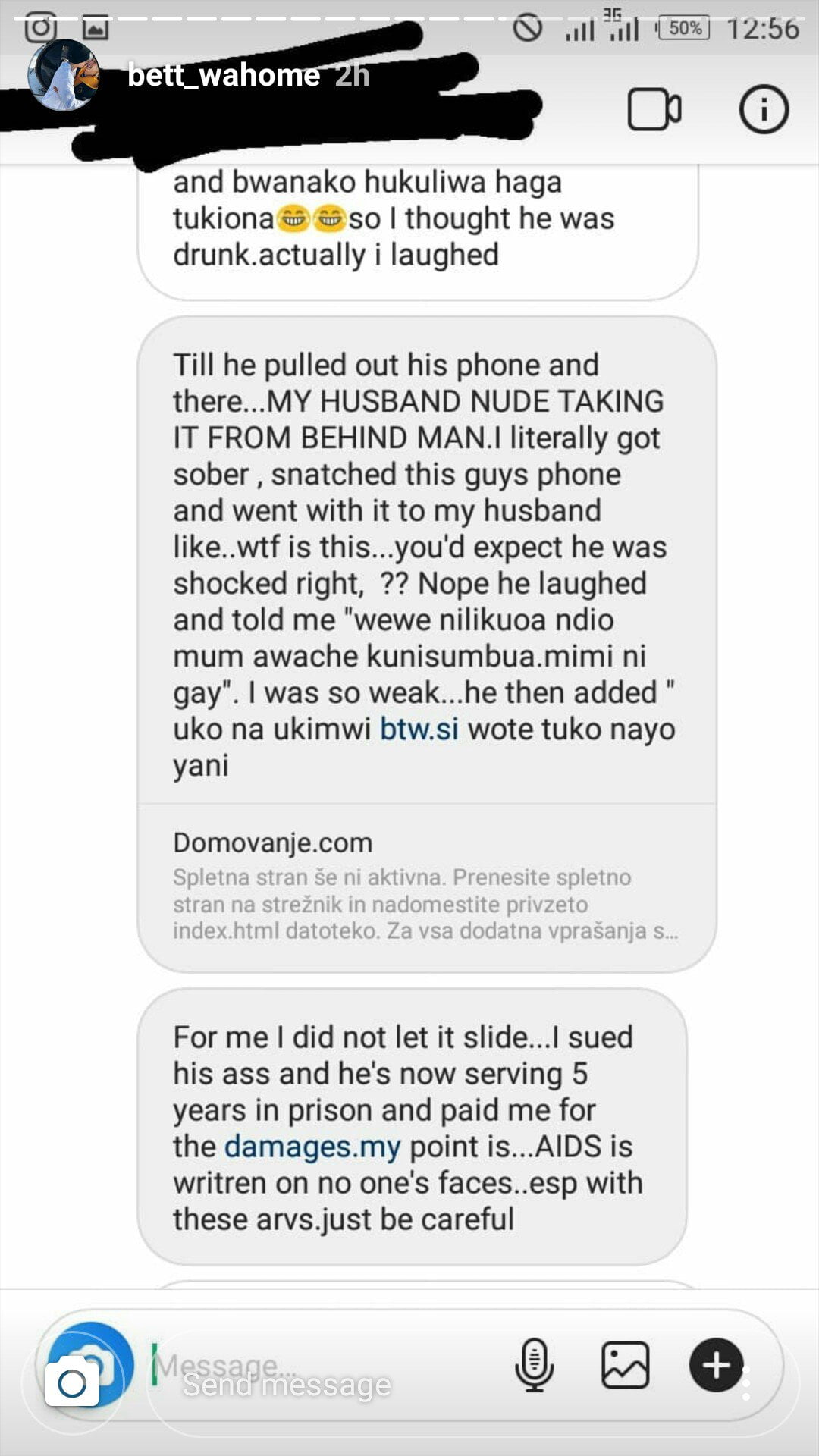 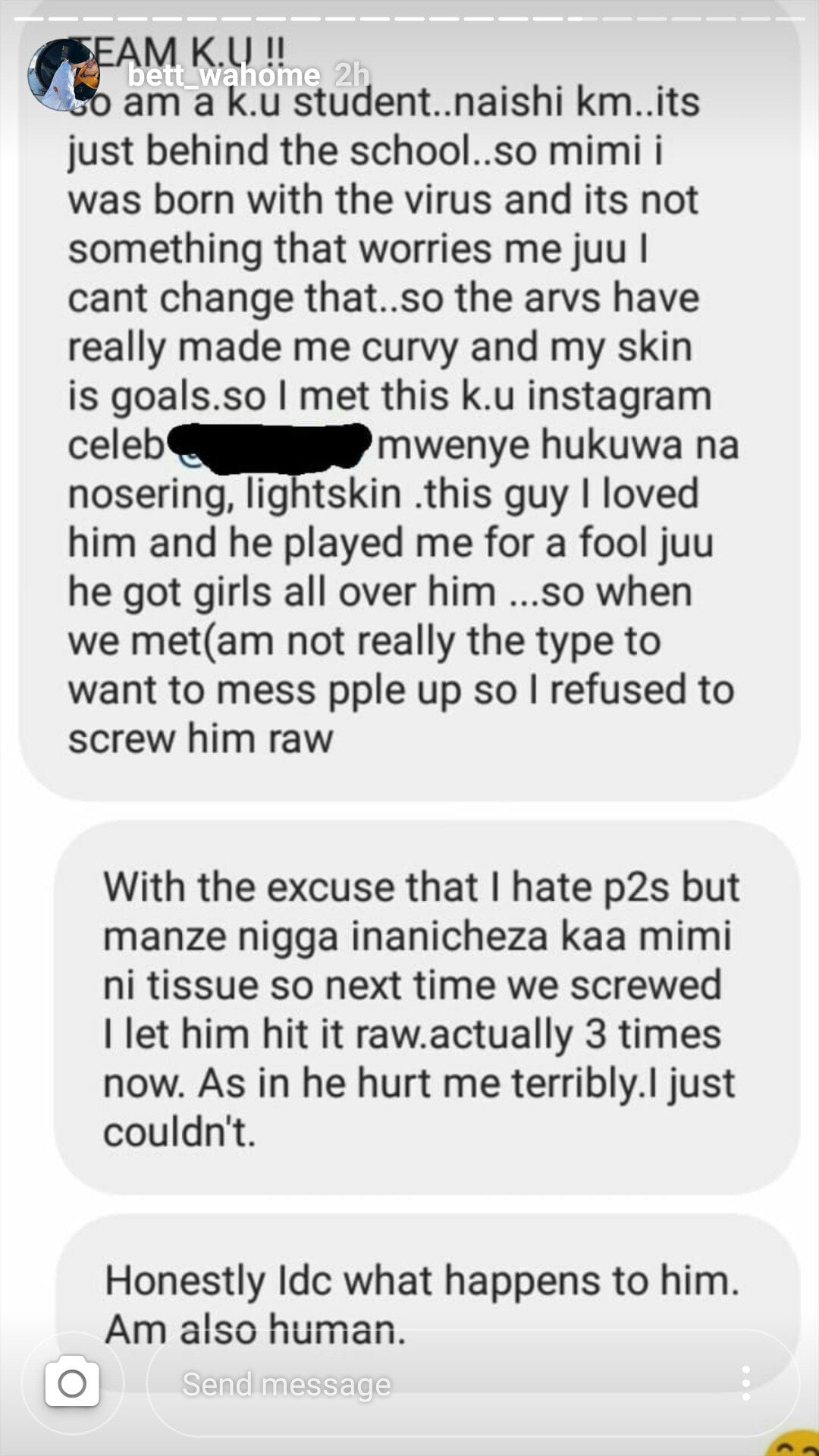 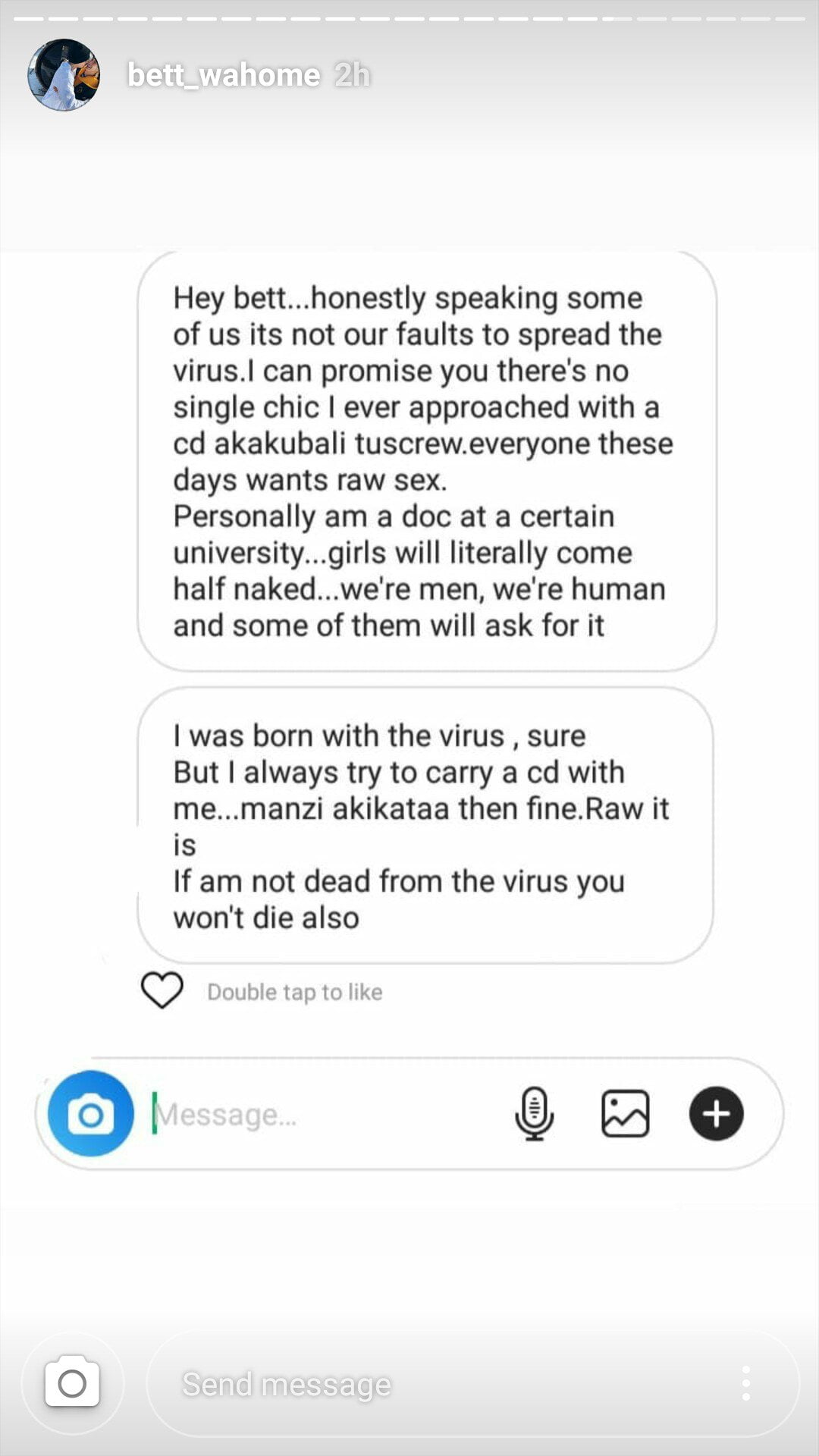 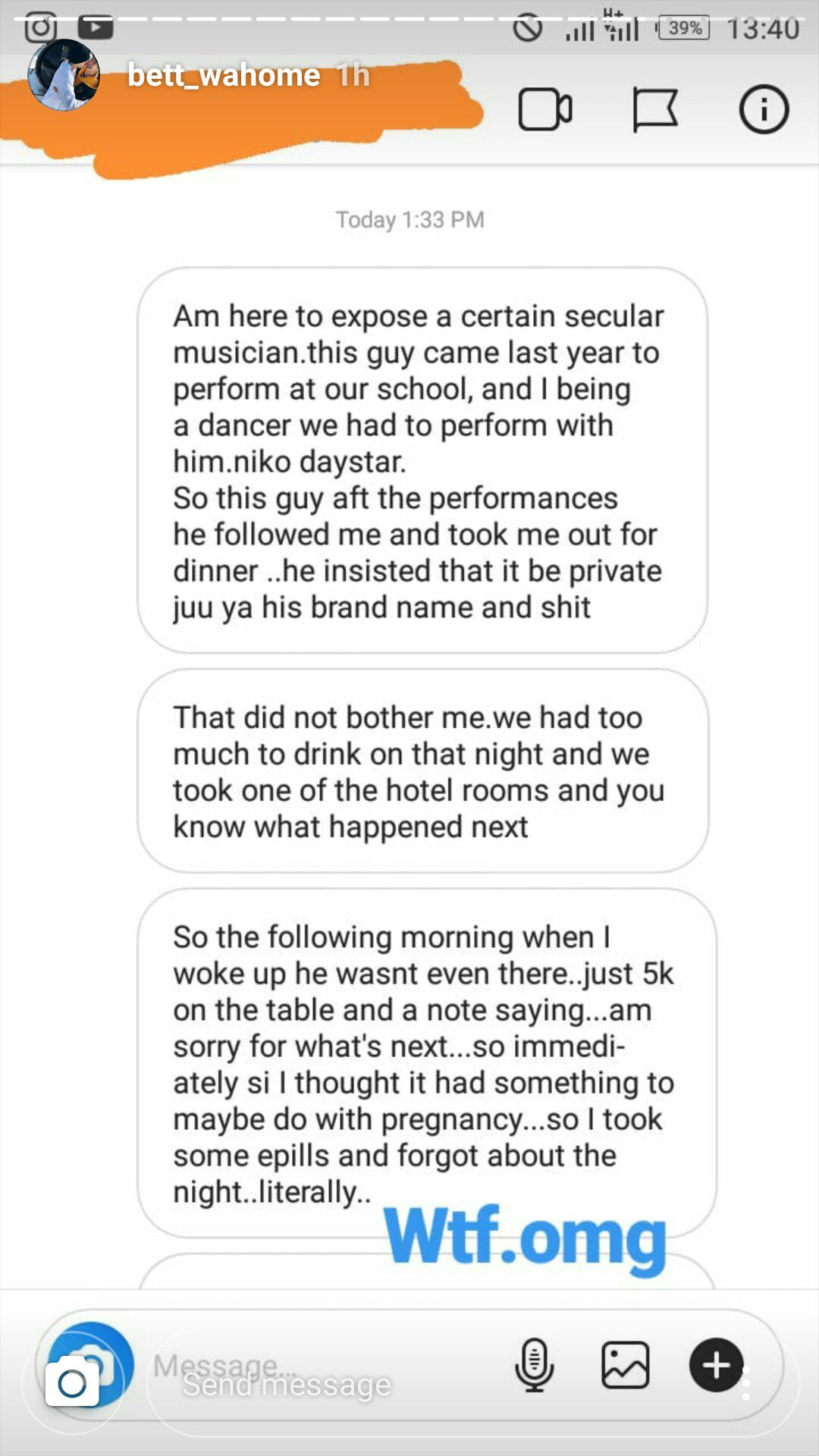 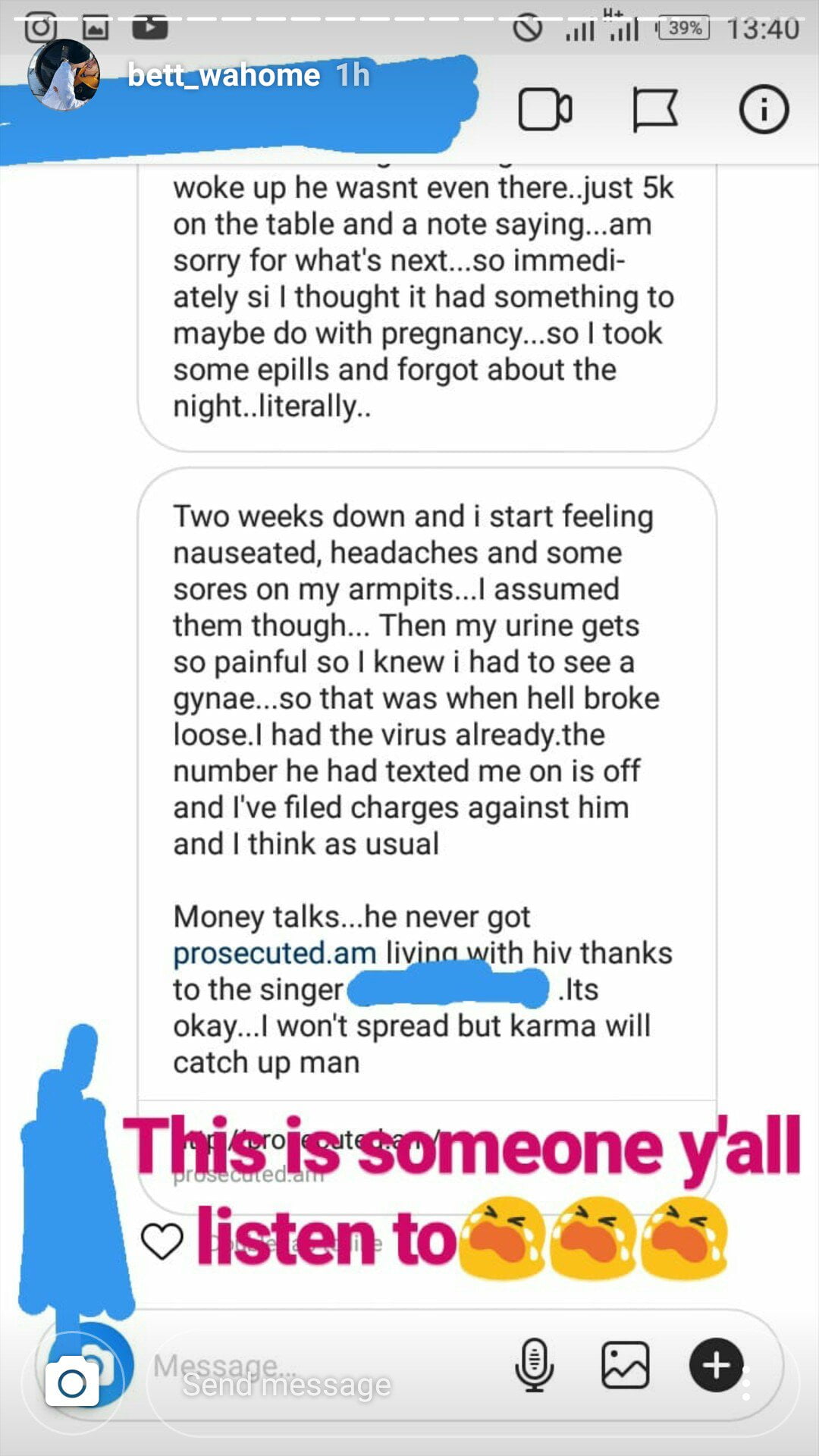 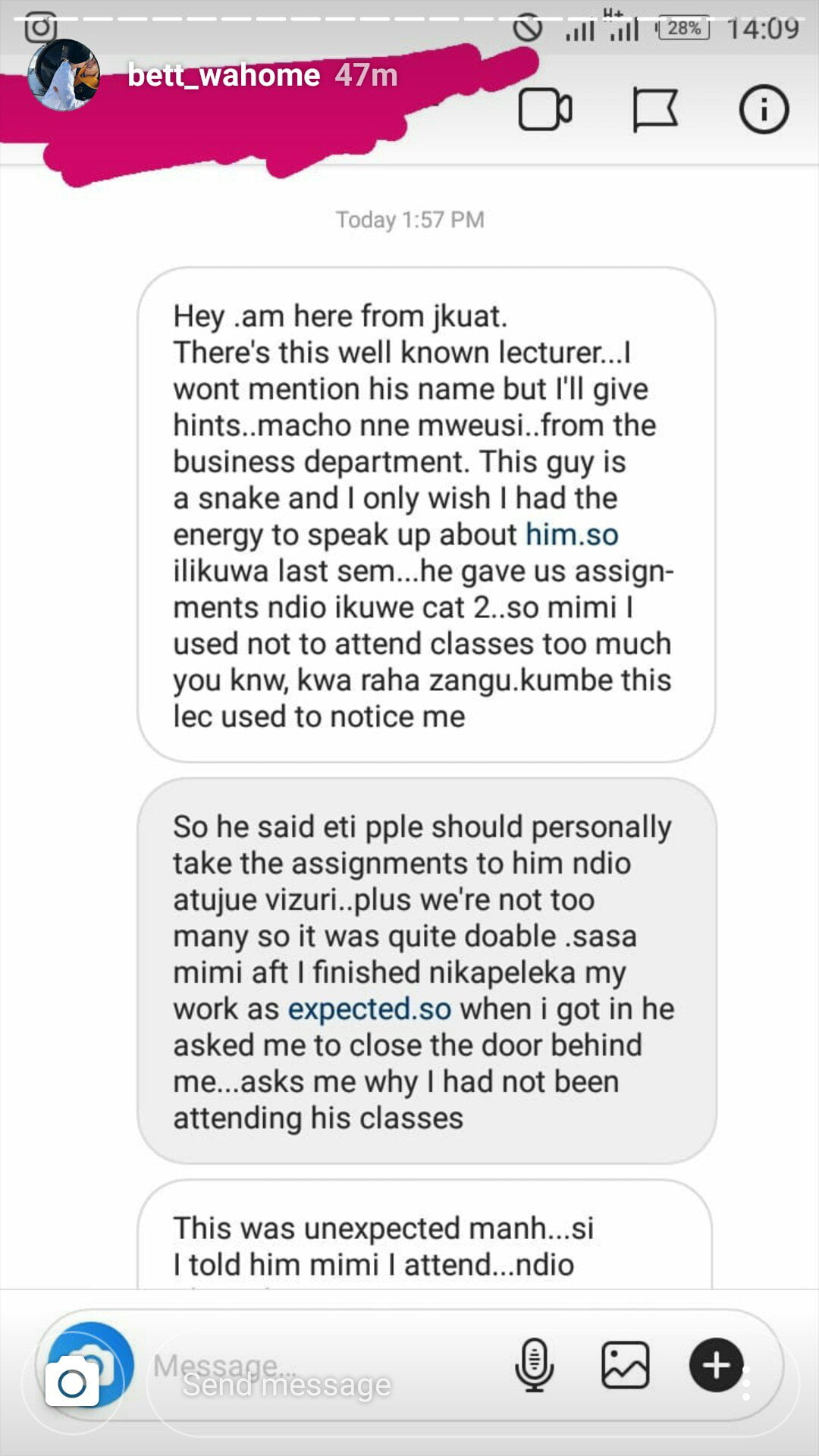 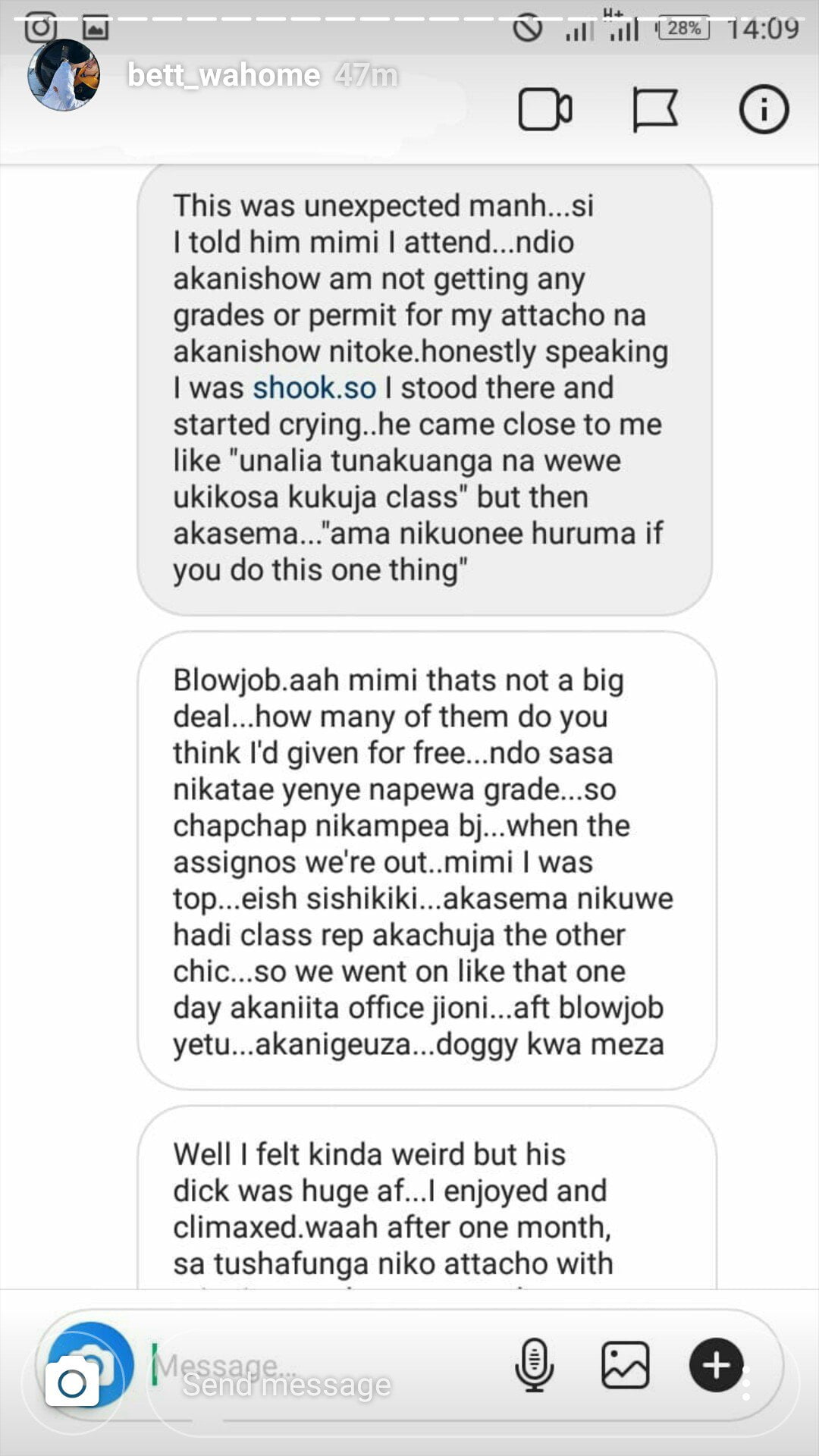 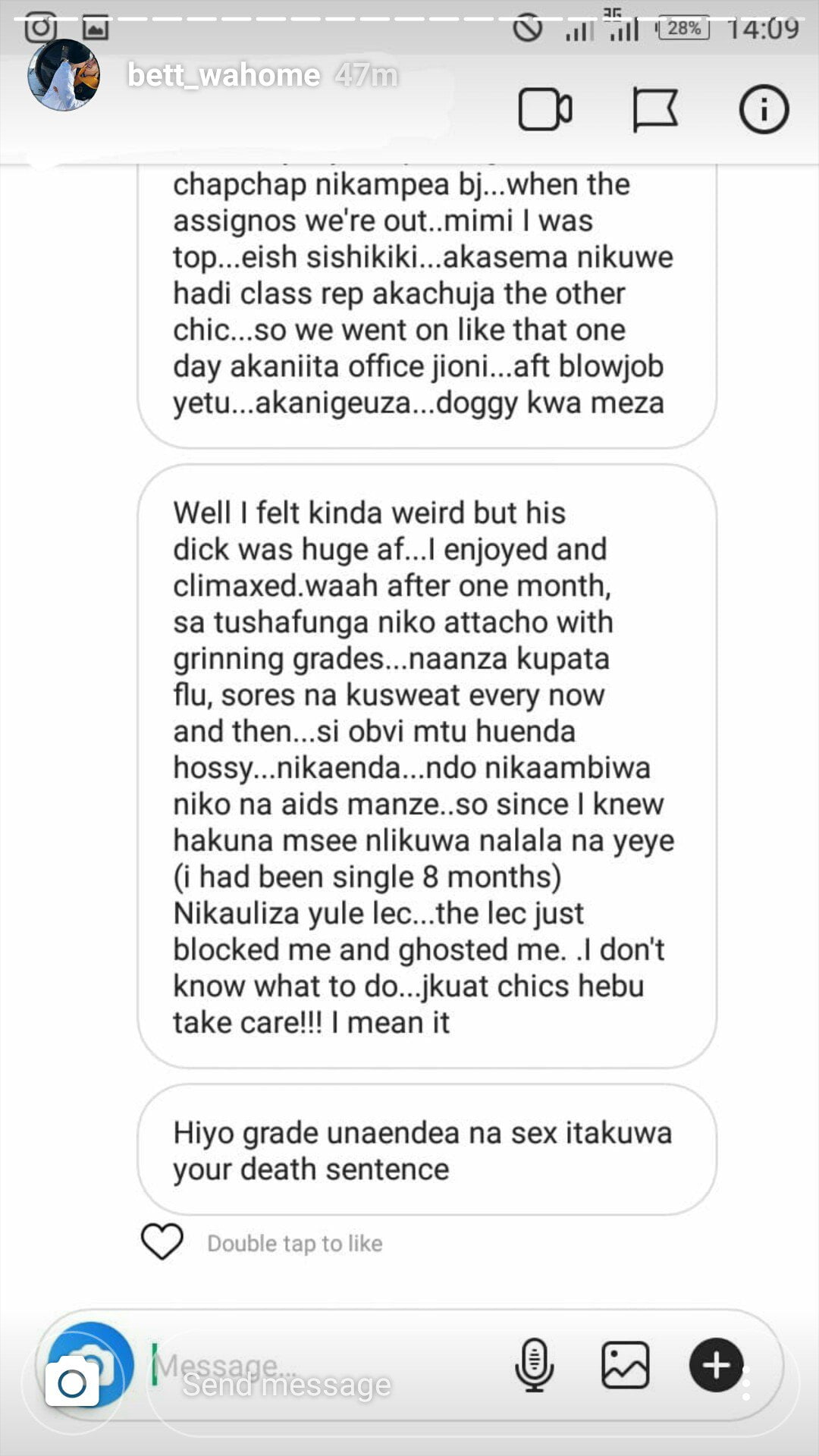