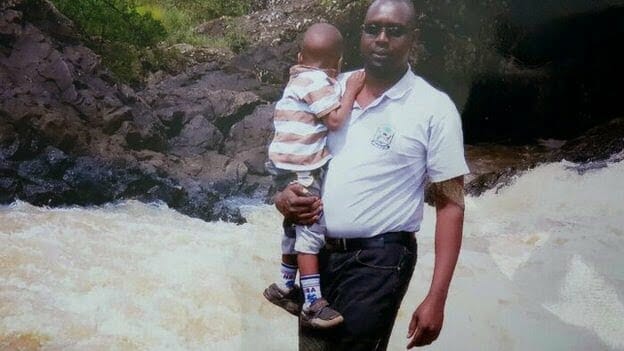 According to eye witnesses, Yebei, who disappeared on December 27 last year, was spotted in Kiplombe area some few kilometres from Eldoret town.

On Saturday, boda boda operators from Kiplombe area took Yebei’s family led by his brother Reverend Moses Kisoria to a semi-permanent house where he was seen recently.

“I saw him last Saturday. I have carried him on my motorcycle twice since you people reported that he had disappeared,” one boda boda rider said.

Yebei, who has been making headlines for the last one month over his disappearance, was allegedly abducted on December 27, 2014 from Turbo market north of Eldoret where he had gone to have his sick child treated.

Some days later, a body initially believed to be that of Yebei was retrieved by police at River Yala bridge on January 5 this year bearing marks of barbaric torture – his ears and eyes gouged out and his genitals chopped off.

However, when police conducted a DNA test, they established that the body is not that of Yebei.

Yebei is Deputy President William Ruto’s witness at the ICC.

This article did Not Appear First on Cyprian Nyakundi’s Blog