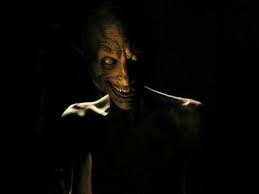 Tension is slowly  brewing up at the former East African Tanners Extraction Company Farm-Navilus block  christened, Soy ward in Uasin Gishu county after former officials of the land purchased it under the auspices of Ishieywe Self Help Group and reportedly resold members’  parcels to new occupants  and  went ahead to issue title deeds to the new buyers.
Moreover, reports indicate that a whole block with 70 titles deeds was transferred under the names of former Ishieywe Help Group officials and the title used as collateral to acquire a loan worthy Sh1.75million from Equity Bank in Kisumu branch even though the said block is currently under occupation.
Another parcel, block 35, also under occupation, registered under the names of the former chairman Clement Odhiambo and former secretary Francis Tabu, according to sources, is also in the process of being used to acquire fraudulently to access compensation from Kentraco Company, meant for individual land owners,  after high voltage power line went through their farms falling under the block.
The Odhiambo group, we discovered is currently transacting land issues under the banner of Ishieywe Holdings rather than the initial entity-Ishieywe Self Help Group,  in a bid to circumvent justice.
Of great interest, however, is the fact that a former official who died five years ago, still ‘signs’ transfer of parcels posthumously. Records indicate that Hannington Oriedo who until his death was a trustee in the organisation died in 2008. However, he still features on the green cards as having been part of the recent land transfer.
His wife Naomi Oriedo confided to us that the signature purporting to be her late husband’s, a former lecturer at Moi University, as appended on various green cards is bogus. She showed documents indicating that Oriedo died in 2008 and other records showing that he ‘authorised’ the issuance of titles as late as last year.
Moreover, another former official, former secretary Francis Tabu who is paralysed after suffering a stroke since 2006 is also indicated as having signed the transfer of the said parcels. However, those privy to his health condition say that he is ‘totally incapacitated’ and on a wheelchair and cannot hold a pen let alone sign any document.
Following the revelations, Ishieywe members have petitioned the Kenya Land Commission and the Uasin Gishu Criminal Investigation officials currently investigating the matter to expedite and conclude the process and take legal action against all those involved.
Led by the newly-elected chairman Simon Peru, vice-chairman Johnston Lugalia, organising secretary Jonah Lumadede and secretary Sammy Wamalwa, they said the faster the matter is resolved, the better for the occupants.
Beru said members had suffered enough and called on the cabinet secretary in charge of land and settlement and other relevant bodies to take up the matter and give the residents peace of mind and justice.
According to the new team that was elected to office less than two weeks at the farm, presided over by Timina from the DSDO office, among the public plots said to have been grabbed include a plot set aside for a primary school, a nursery school, a market place and a play ground.
Uasin Gishu land commission recently visited the troubled land and was informed that title deeds were in the hands of different persons other than those occupying the plots.
During the visit close to two months ago, commission chairman Shadrack Tulon accompanied by secretary Ibrabim Ali promised to carry out independent investigations in a bid to recommend the revocation of the titles of the public utilities once they established sufficient grounds to do so.
Tulon said from their observations, they had established that the land had also a criminal element and called on the affected parties to individually or jointly pursue with the courts and the relevant authorities to resolve the matter.
Members claimed that officers who were to assist them had been largely compromised to circumvent justice.
They said their problems were caused by corrupt government officials at Uasin Gishu lands office under the principal land registrar Dorothy Leting and members of the former provincial administration from Eldoret West subcounty.
Uasin Gishu county officials led by CEC lands Robert Ng’eserei, Soy MCA Samuel Chirchir also went on a factfinding mission at the farm.
The scam revolves around massive grabbing of public utilities and double allocation of private land to dubious acquisition of title deeds