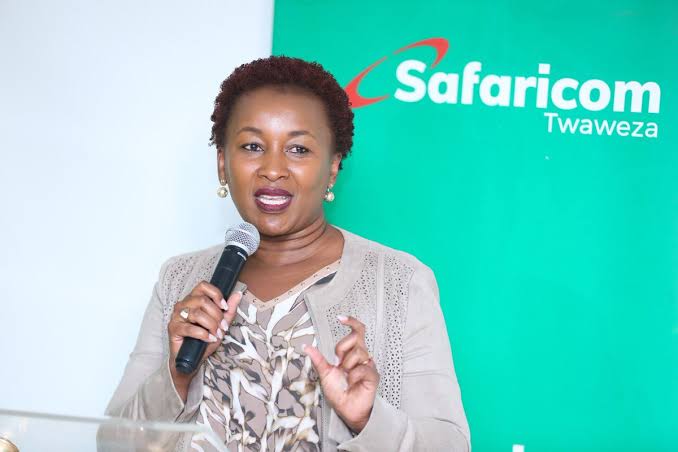 A social media user couldn’t believe their eyes after receiving a message from Kenyan teleco Safaricom informing her that she had won Ksh. 1.50 worth of airtime in their ongoing promotion.

The message, adding salt to injury, goes on to say that there are over 100 millionaires and she could be next, just that she has to settle for the one shilling in the meantime.

Rose isn’t the only customer who has been “handsomely” rewarded by Safaricom. When going through Facebook, we came across another customer who received Ksh. 1.20 as an award in the same promotion. 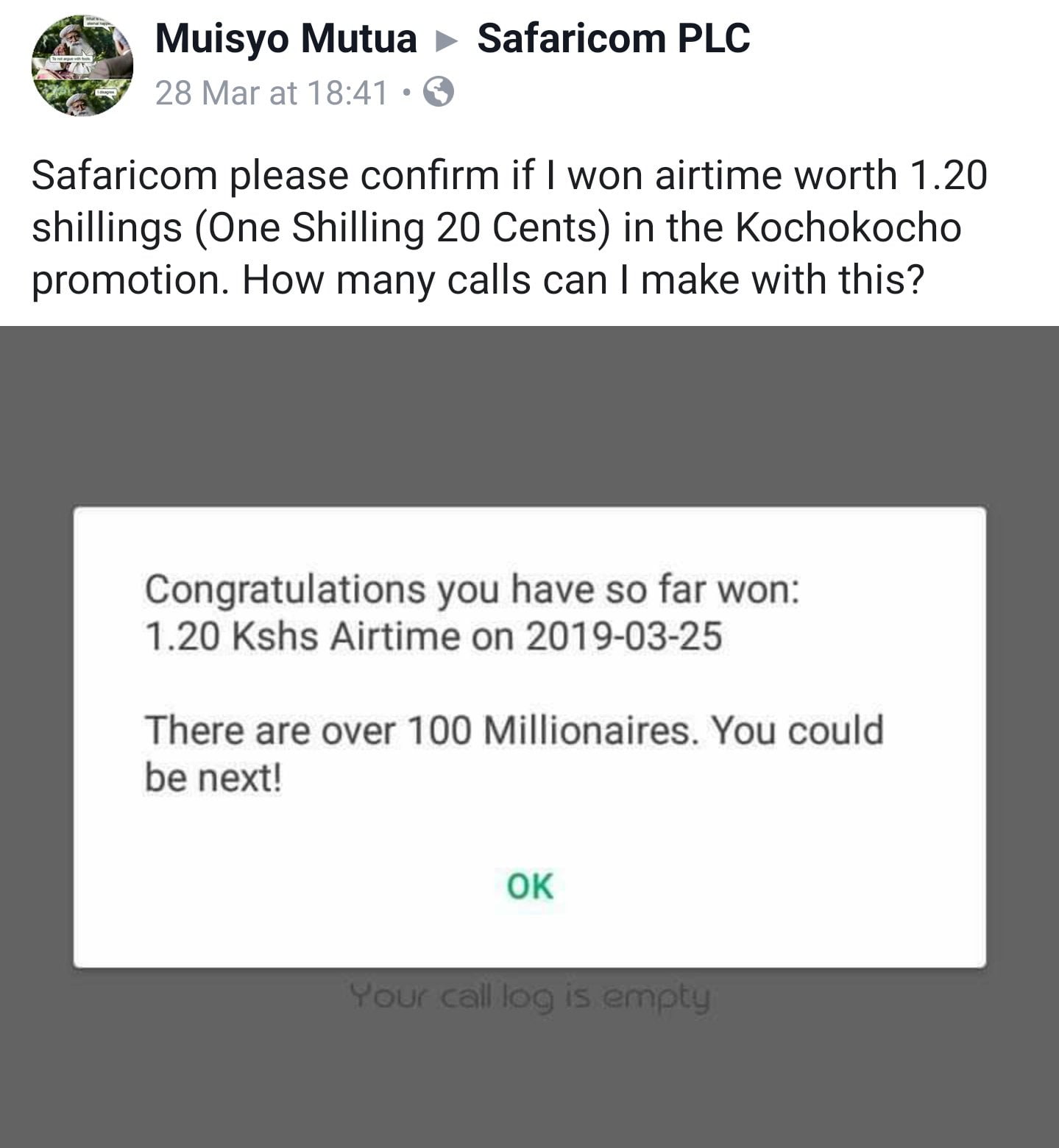 Many people on social media have been seen saying that the latest promotion, just like many previous others, is a scam.

@SafaricomPLC ,to all who are the potential customers of safaricom will keep on
Seeing a lot of notifications of promotion ,that safaricom has to it's customers but
It's null and void ,nothing like that you will never Winn neither see you friend who u know being the wnr

Safaricom should stop this nonsense called shukrani kochokocho promotion because they are telling us 2million pple won and i have not seen a single person from my entire clan and friend win anything.kochkocho is just another scandal.#stopkochokochopromotion

Have you ever won anything from Safaricom? Do you know anyone who has won any of their millions? Tell us in the comments section.

How Safaricom Killer Director Sylvia Mulinge Got Away With Murder