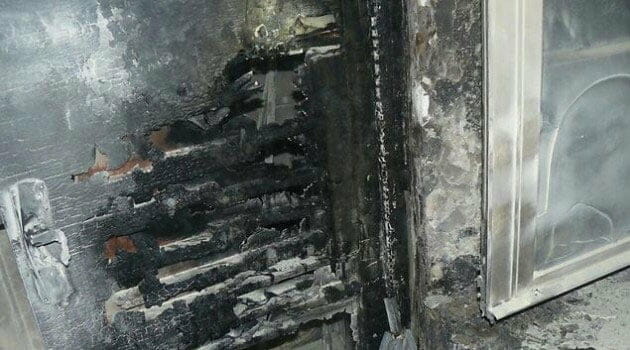 Suspected Jewish extremists torched part of a church-owned building in Jerusalem overnight, police said, in the second racist attack in the Holy Land in two days.

The vandals set fire to an annexe of a Greek Orthodox seminary just outside the walls of Jerusalem’s Old City, and scrawled “graffiti insulting Jesus” on the building, police spokeswoman Luba Samri said, describing it as a “nationalist” attack.

There were no casualties and the fire was put out before causing significant damage, she added.

On Wednesday, a mosque near Bethlehem in the southern West Bank was set alight and anti-Arab slogans in Hebrew sprayed on a nearby wall.

The Palestinian foreign ministry said that attack was tantamount to “an official declaration of religious war”, and the United Nations warned it could “inflame an already volatile environment.”

Both incidents bore the hallmarks of so-called “price tag” attacks — a euphemism for nationalist-motivated hate crimes by Jewish extremists, which generally target Palestinians or Arab Israelis but have increasingly also hit Christian and Muslim places of worship.