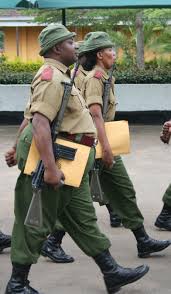 An Administration Police officer who is seeking removal of Ethics and Anti-Corruption commissioner Jane Onsongo has been sacked.
In a letter presented to the Employment and Labour relations court judge Nduma Nderi, Mr Joshua Momanyi was dismissed on January 23. He had worked for Prof Onsongo for two years and three months.
Mr Momanyi accuses the commissioner of gross misconduct and violating the Constitution by assigning him duties outside his job description. He also sued the Attorney General and EACC.
CASE NOT DETERMINED
“I have been served with a dismissal letter for absconding duty yet my case has not been determined,” he said.
The AG and EACC told court Mr Momanyi is no longer in service and therefore the court should not grant the orders he is seeking.
Mr Lawrence Wambua Kisyungu from Turkana County government said Mr Momanyi was sacked after absconding duty for 230 days. He disobeyed an order requiring him to report to Kibish Sub-County on redeployment.
The dismissal letter indicates that the officer acted contrary to the Police Act and had been charged with two counts.
The court heard that Mr Momanyi was expected to report to his new work station on May 10 last year.
“Reference is made to the orderly proceedings conducted against you in your absence in Turkana County headquarters on December 26, 2014 which you were charged pursuant to NPSC Act,” read the letter.
The judge said Mr Momanyi had brought in new information and directed him to file proper documents before the matter is determined. The case will be heard on March 2.
Would you like to get published on this Popular Blog? You can now email Cyprian Nyakundi any breaking news, Exposes, story ideas, human interest articles or interesting videos on: [email protected] Videos and pictures can be sent to +254 710 280 973 on WhatsApp, Signal and Telegram.