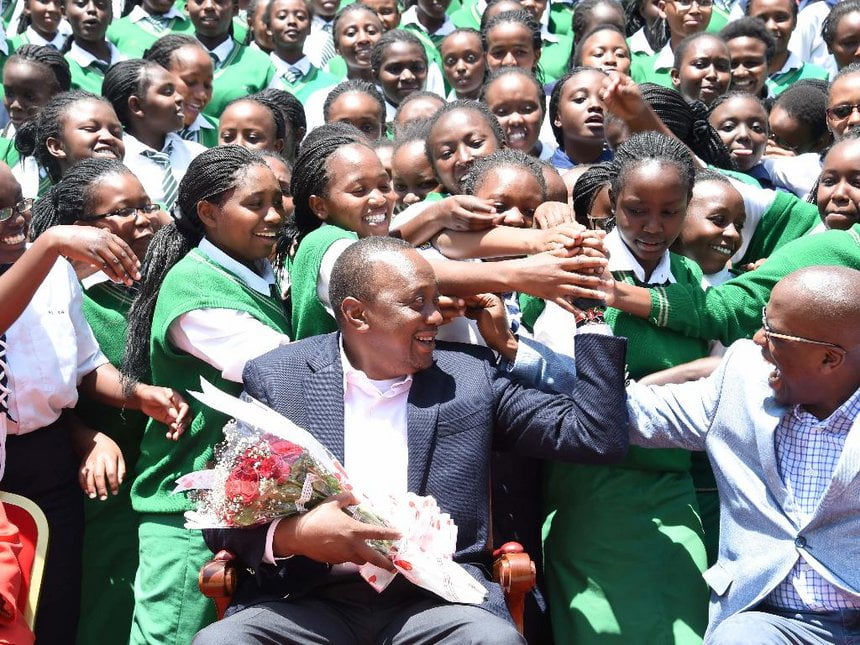 PR Guys: Uhuru and Polycarp Igathe the CEO of Shell/Vivo Energy Kenya share similar traits of loving cheap publicity stunts and pretending to be accessible using third-rate theatrics like this.

Please highlight the abuse of employee rights that is going on at Kenya Shell (also called Vivo).

Under the leadership of Polycarp Igathe, employees are sacked and dismissed without regard to due procedure. Ask anybody in the oil industry they will tell you what Shell has become.

Early this month, 2 ladies who work in the card centre (where fuel cards are processed) were dismissed under very inhumane circumstances. On Friday 2nd September they were working as usual. Same to Monday 5th September, they reported to work as usual. At around 10 am on that Monday, they received a call from their boss. Their boss called them for what they thought was a meeting with a customer at Windsor Hotel. When they arrived there, they were told that they were on suspension indefinitely and that they should stop working. The next day, on Tuesday 6th Sept, they were called and told to write resignation letters. ALL THIS COMMINICATION WAS BY WORD OF MOUTH – no written communication, no disciplinary meeting, they were not told which mistake they had done!

The ladies refused to resign and engaged a Lawyer who wrote a show cause letter to Shell, and upon realizing they had made a mistake Shell decided to settle their dues and relieved them of their jobs. Can you imagine one of the ladies had just returned from maternity leave and they went ahead and treated her this way?

The Fuels Cards department where they worked was headed by a manager who is a close relative of Governor Mbugua of Nakuru, he was transferred to another department on promotion before the ladies were sacked. Some times last year the department experienced fraud where Kshs. 40 million was stolen, yet the manager was spared. That is how Polycarp Igathe runs Shell Company in Kenya. He rewards people of political importance to himself.

For those who don’t know, Polycarp Igathe is a close Uhuru associate and a Jubilee strategist. He’s such a genius, that he bribes journalists to keep signing praises and worship about him so as to impress his foreign employers.

The company’s Human Resource Policy is very clear on how someone should be suspended or even on how one should be dismissed or made redundant. I believe the Employment Act also states this very clearly.

This is not the only case that has happened at Shell. Many employees have been dismissed on flimsy grounds by word of mouth and forced to write resignation letters. One guy who was working in Western Kenya was sacked in a similar manner last year, several others have been dismissed while still on probation without due diligence being followed.

Many have also been hired by executive decision, without going through any interview.

What is more telling is this, Shell’s top management is composed of 12 people – 11 of them are from 1 tribe! The chosen tribe!