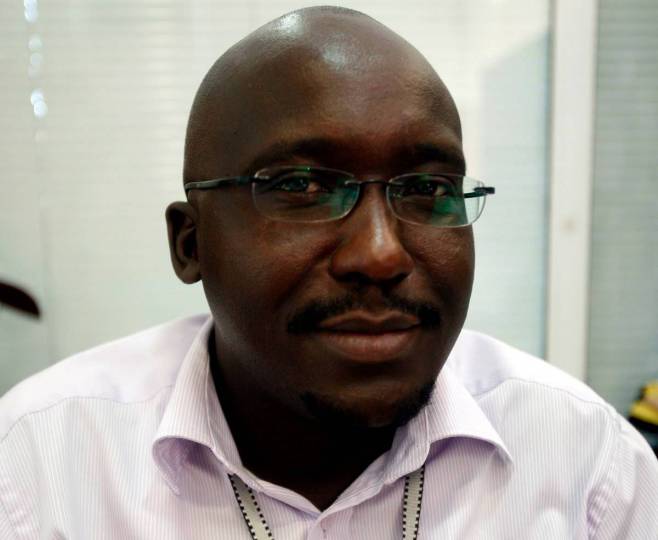 Nation Media Group, the biggest media outlet in the East African region was unprofessional in suspending its editor Denis Galava. He has been the Investigations and Special Projects editor from August last year, when he returned from the UK where he was undertaking his masters degree.

In suspending Mr. Galava, the media house has failed its own test, its own creed ‘integrity transparency and balance in journalism.’

Nation Media Group Editor in Chief Tom Mshindi said in a circular to editorial staff that Mr. Denis Galava has been asked to

“take some time off to allow us time to review the circumstances of the writing and filing of the editorial for Saturday Nation, January 2, 2016.”

It is unprofessional of them because he is not the editor for Saturday Nation. Tim Wanyonyi is the Managing Editor for the paper, hence the person who should take responsibility.

Ideally, before an article is seen by the public, it should have passed at least six hands; the journalist, sub-editor, chief sub-editor, revise editor, associate editor and Managing Editor. This is not always the case.

He let the truth out about failure, by the editors to comply with their procedures when he says

“The lack of consultation where one writer takes a strong position on such an important issue single-handedly without broad discussion and consultation is a significant departure from established procedure.”

Moreover, the editorial is most crucial, something the Associate and Managing Editor have a greater say and the determine the content in addition to the Editor in Chief.

In fact, Mshindi confirmed as he said in the circular

“The editorial of the Daily Nation is the most important content of the paper. It states the position not of the writer but of the paper, its editor and publisher.”

In suspending Denis Galava, Tom Mshindi is confirming that some stories get to be printed without going through the rigorous institutional gate keeping that they have in place. In fact, for such an outlet which also has an editorial board, separate from the managers at the institution, he is accepting incompetence on his part, the board and editors of NMG.

Mr. Mshindi goes on to read the riot act of the new editorial guidelines

“I require to see all our editorials and editorial cartoons. A full length editorial, a Page One commentary or an editorial expressing particularly strong views must first be discussed by senior editors in conference as well as with the Editor-in-Chief. The Editor-in-chief would then inform the GCEO (Group CEO) and the Editorial Board Committee.”

It is common sense to know that the heat comes from State House who have been against any form of criticism towards them. State House has welcomed the founder and majority shareholder of NMG His Highness the Aga Khan on several occasions. It must have reached out to the Nation Media Group Board of Directors, angered by an editorial that spoke the truth about the state of affairs in the country.

Mr President, get your act together this year

Advertising determines content in media. Never has this been more profound than under the three years of jubilee government. They not only openly threaten journalists, pass laws that are contrary to constitutional freedoms and rights that protect media freedom but also go further to threaten editors and media managers not to publish, fire or pull out stories.

Denis Galava has done extremely well in recent months, guiding one of his writers under special projects John Kamau to write incisive analysis and features on various issues affecting the bread and butter of Kenyans. But these do not matter, in the advent of a do-nothing-say-everything government as well articulated by Galava in the editorial.

Whether he returns is neither here nor there, the die has been cast; NMG cannot and will never assert its independence, professional edicts and journalism excellence is thorax stumps.

On the eve of first anniversary of the massacre of journalists and cartoonists at the Charlie Hebdo offices in Paris, Nation Media Group massacred itself professionally.