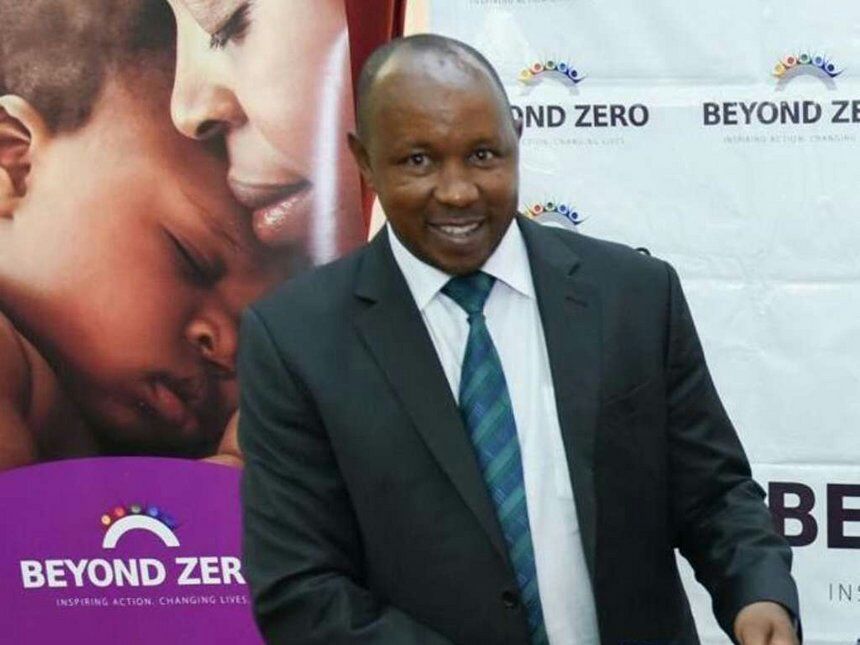 A mega scandal is brewing up in Naivasha in regards to some peasant farmers who are in the verge of losing share to Kedong Ranch to a cartel that wants to position itself for compulsory acquisition of the land for the putting  up of an industrial park and the inland container terminal.

Some directors of the ranch have colluded with some cartel to sell the shares worth 8 Billion for a mere Kshs. 2.1 Billion.

Muhotetu is the majority shareholder with 40.66% Kedong Ranch where the Government intends to put up an industrial park and the inland container terminal. The Government will pay for the stake in the ranch and that’s how the cartel is planning to scheme Kshs. 7 Billion that ought to be paid to shareholders of Muhotetu.

The story has never been highlighted and Kenyans are unaware of this.

The company Newell Holdings Limited which is executing this scam of epic proportions is majority owned by prominent Uhuru financier Stanley Kinyanjui. He owns the outdoor advertising firm Magnate Ventures Limited. Another shareholder of 40% is owned by a lady called Rahab Mwihaki Karoki.

For the sake of clarity, Rahab has been involved with fraudulent deals through Equity Bank and another notorious manager we have covered called Ambrose Makanga Ngari who is a front-person for Equity Group CEO James Mwangi.

Stanley Kinyanjui is a well-known figure in Uhuru Kenyatta circles being a frequenter at the Galileo Lounge owned by medical tenderprenuer Ngatia. He was also very visible during the Jubilee campaigns where he is said to contribute a lot of money.

It’s not the first land scam linked to Stanley Kinyanjui. In 2016, he was linked as having defrauded someone off 100 acres in Kitengela. 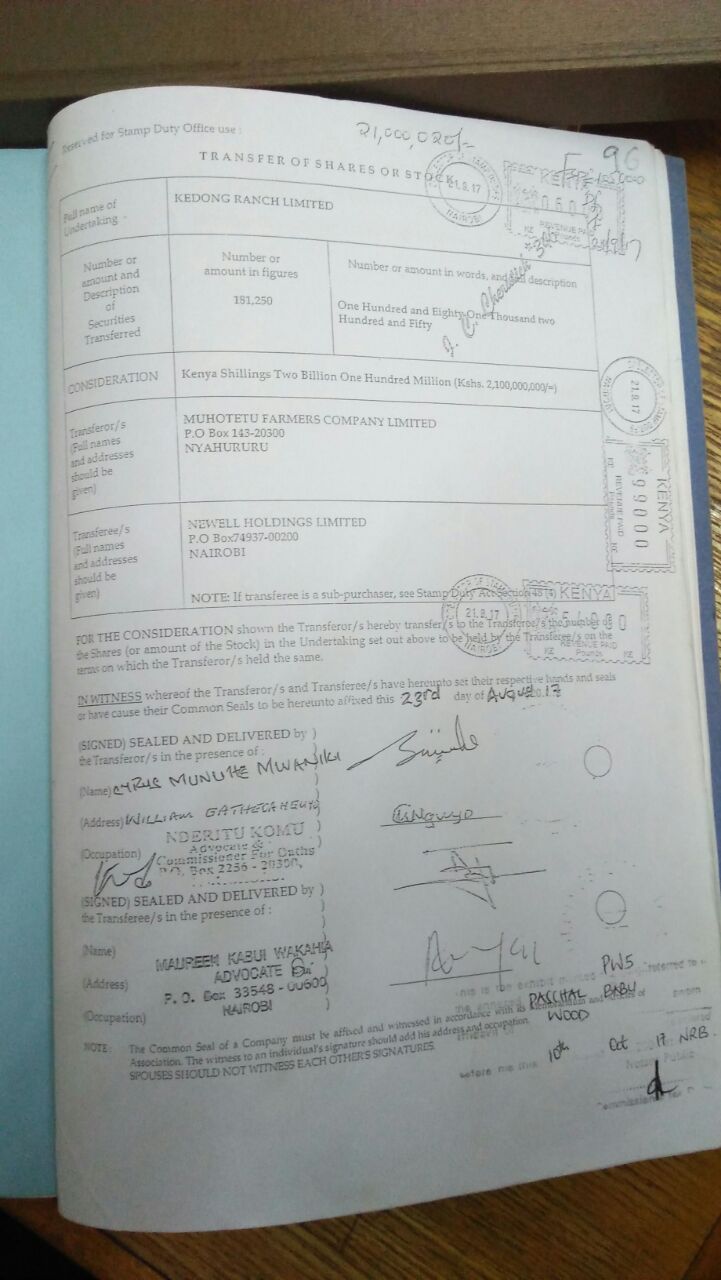 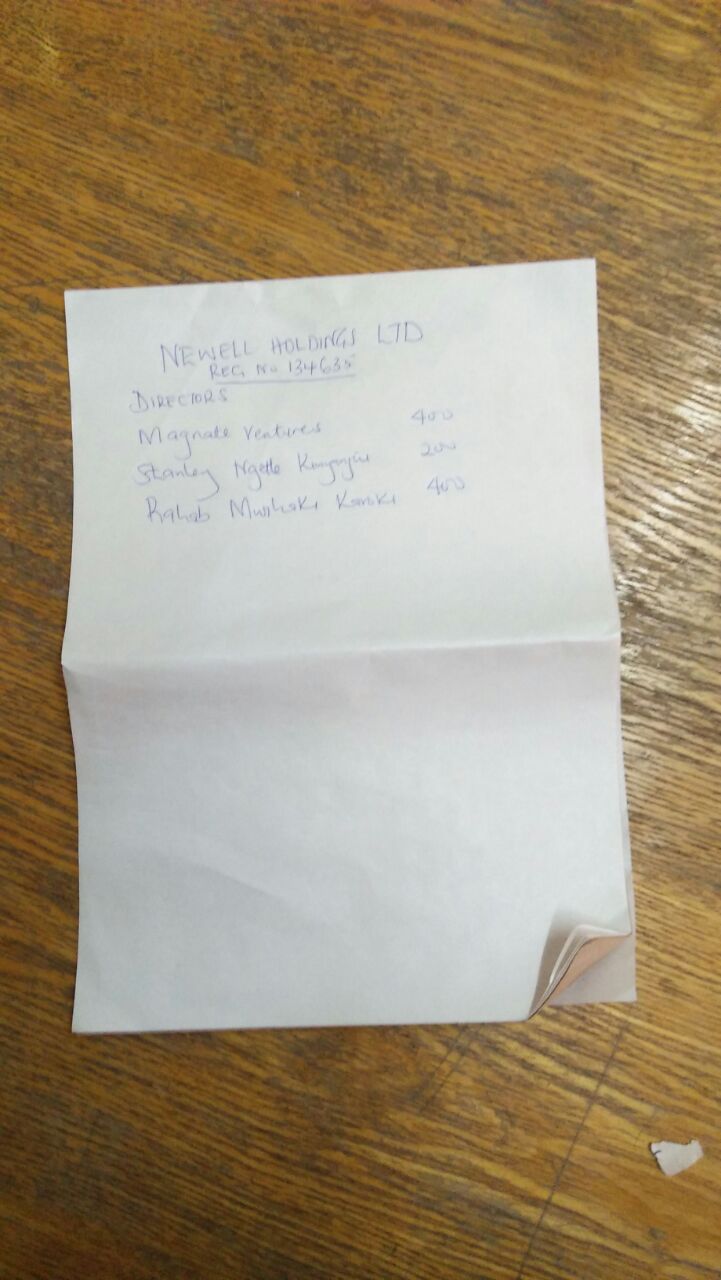