Dear Cyprian, I would rather remain anonymous,

Our electricity bill has gone up, our fuel costs have gone up and mpesa and bank charges have been increased ostensibly to enable the Kenyan Government to pay for its massive loans. Massive loans procured to finance the infrastructure projects built and managed by the Chinese government.

These projects are being marketed by the Kenyan government as development projects by and for the Kenyan people. Whereas internationally, China is bragging that it is all part of their “Belt and Road Initiative” started in 2013 by the Xi Jinping Government.

Personally, I have nothing against roads, bridges, railroads, ports, the Chinese, their government or the Kenyan government. My issue is: Kenyans are saddled with the burden of paying for Chinese infrastructure built to cement their geopolitical power over Asia. All this information is open. The project is marketed widely by the Chinese government. They even made an English language advert for it. Just google “Belt and Road Initiative music video”.

If you look at the maps below detailing the grand scheme of the “Belt and Road Initiative”, Kenya was picked for no other reason other than its strategic geographical position as the first point of call on the African continent for maritime ships coming from the far east.

Yani the SGR is in Kenya purely as a result of some cosmic luck dealt by the random hand of fate. You will notice that Southern and Western Africa countries have somewhat been ignored purely because of where they are geographically located in relation to the “Belt and Road Initiative”.

The issue of financing of these projects should never have been a Kenyan citizen’s problem. The Chinese government has already set aside 1 trillion US Dollars for this business. Why are Kenyan citizens paying for a project that the Chinese people already plan to pay for.

Truth be told. Kenya may never pay that debt. If it was truly easy for Kenya to pay that debt, the government would not be increasing its taxes on the citizens and hiking fuel, electricity and mpesa charges. The size of those loans and the interest charged thereon may burden the country for centuries. If the Kenyan government refuses to pay, you know what happens. Its not pretty. When the financiers discover that Kenya is not able to pay, they will push for a Sri Lanka type deal. (just google what the Chinese did there)

Wouldn’t it have been prudent for the Kenyan government to lease the land required by the Chinese government at market value to an entity equally owned by both governments so that the Chinese can pay for and build all their wonderful infrastructure like the railway and ports. Then the jointly owned corporation(s) can operate the railway and port for a reasonable number of years. This would save the Kenyan people from this unnecessary burden which ultimately is for the benefit of the Chinese economy.

In order to avoid falling victim like Sri Lanka: Kenya can provide the land and China constructs the infrastucture. Both governments jointly and equally own a corporation that manages these assets. China uses the infrastructure for its global expansion for a reasonable number of years. Afterwhich both land and infrastructure reverts back to the Kenyan government unconditionally.

Imagine this type of deal has been done before. The British paid for and built the Kenya-Uganda Railway as a foundation for the expansion of the British Empire into East Africa. I dont remember them leaving us a huge bill for that railway. They used the railway to do their business for a number of decades then they handed over the assets to the native governments unconditionally.

The Chinese themselves are not foreign to this type of deal either. You can remember that the same British Empire got Hong Kong in a manner the Chinese deemed unfair. The Chinese renegotiated the deal and agreed to only lease Hong Kong to the British for a number of years. The British developed Hong Kong and built infrastructure. When the lease expired the entire city of Hong Kong reverted back to the Chinese.

Is there any way we can renegotiate the deal with the Chinese? Am aksing because time is running out. Time to renegotiate is now. You never know about the future. When they discover that Kenya cant pay the instalments even if it is willing, the Chinese themselves will intiate renegotiations of the deal and add more terms that favor them just like they did in Sri Lanka.

The extention of the railway from Naivasha to Kisumu is not economically feasible. Why add more Kenyan debts which do not directly benefit Kenyan citizens? The economy that would benefit the most from the extension of the railway to Kisumu and further into central Africa is the Chinese economy not the Kenyan economy. Thats why they need us more than we need them.

We should keep in mind that the Chinese government is trying to revive the Old Silk road yaani ile trade route ya zile enzi za Genghis Khan’s empire. The newly proposed trade route of “Belt and Road Initiative” is just a copy pasted version of the Old Silk Road. Chinese traders have been passing Mombasa on their way to Europe for centuries. They even left goods in Fort Jesus up to now. That trade route made them rich long ago. Right now China’s economy is beginning to stagnate. They need to revive and expand those routes for their survival. They need more markets for their products otherwise their economy will shrink which may cause a revolution. Thats why they need us more than we need them.

Their primary target is the western/European markets. The African markets are secondary targets. Due to the current relatively small size of the African economies, selling their products to African markets is just a token incidental to re-establishing the silk road. They are more than willing to waste tens of billions in infrastructure costs to connect China to Europe through Kenya. They do this because they need to access markets worth hundreds of billions in Europe. Kenya is strategically located on the shortest and easiest maritime route to Europe from China. The products that are too costly to transport on the road have to pass by Mombasa. They have to pass through our coastline before getting to the Western markets. That’s why they need us more than we need them.

I would not have given my views on these issues if it wasn’t for the increase in my electricity bill by Kenya Power Ltd beginning August 2018. Compounded with the Kenyan government adding 16% tax on fuel costs beginning September 2018. This is slowly causing a recession in the Kenyan economy which would then make it even harder to pay these loans from China. The government’s remedial actions are actually making the situation worse!

Time to renegotiate is now because right now they need us more than we need them.

PS. I keep wondering why we are just finding this out from British comedians on American TV networks? Original source from HBO: https://www.youtube.com/watch?v=OubM8bD9kck 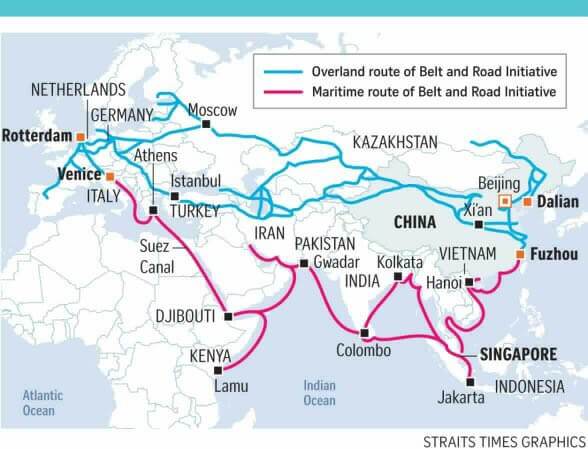 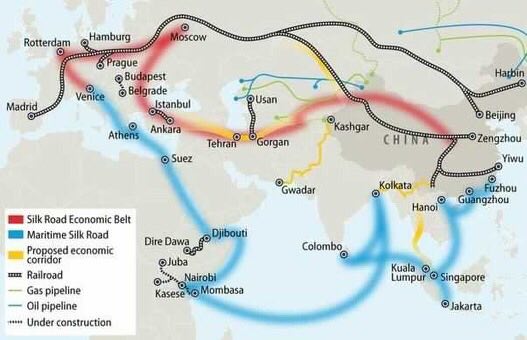 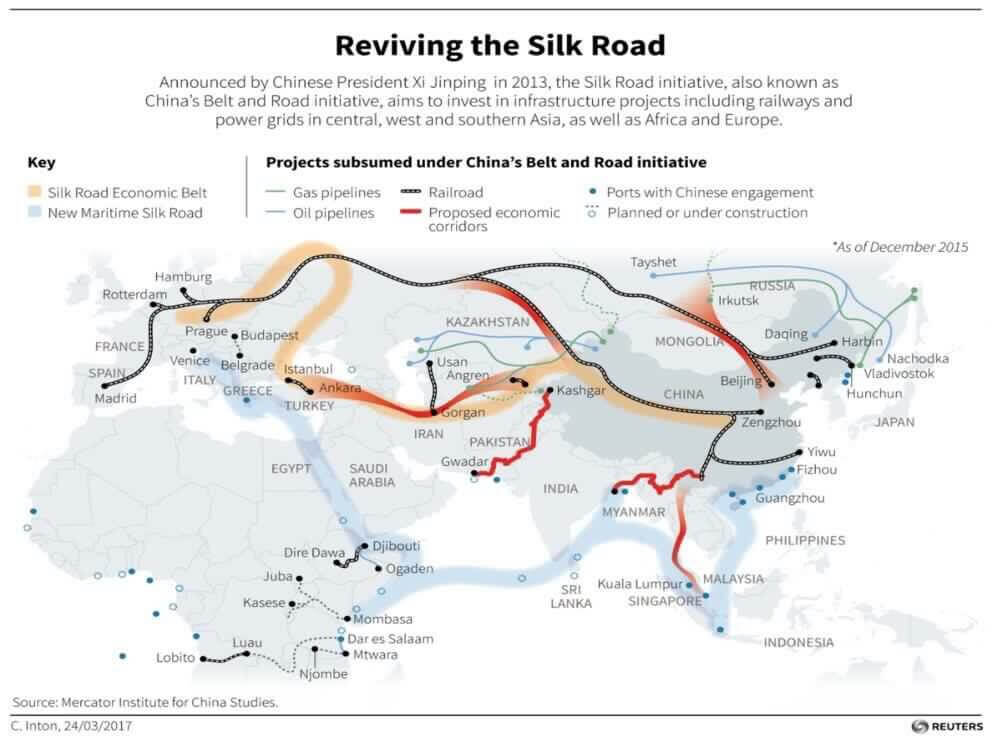 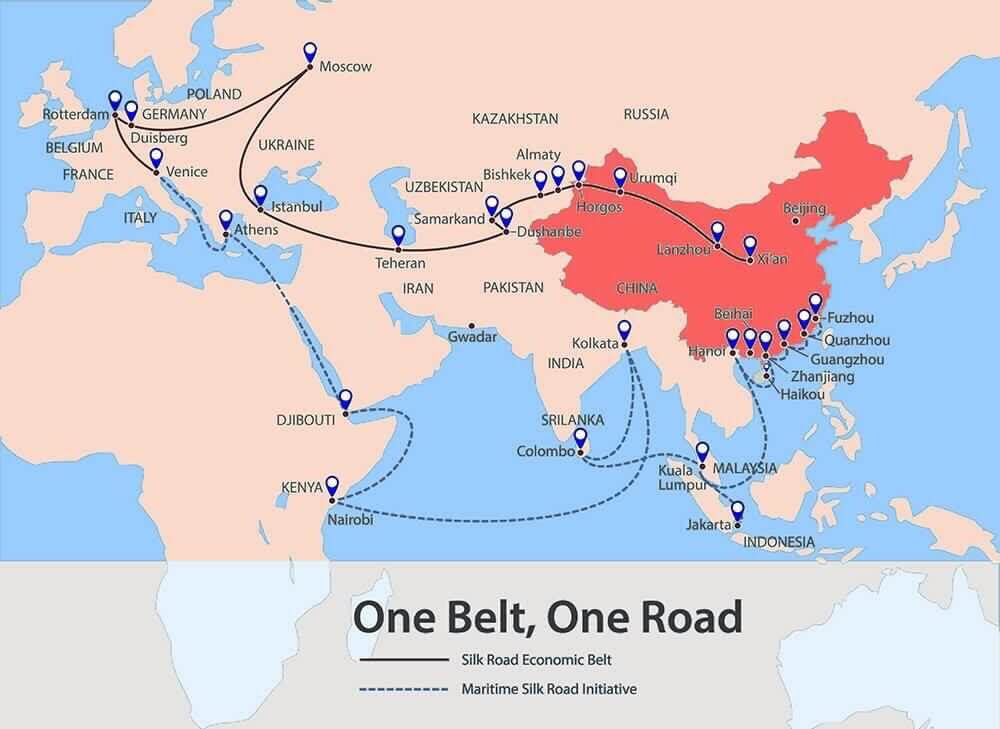 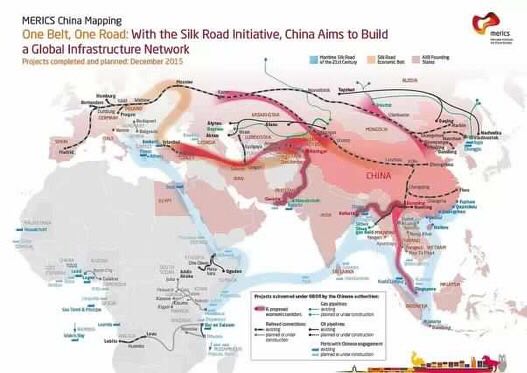