In a petition, the Asset Recovery Agency (ARA) is seeking orders to recover Sh51 part of Ksh61 million that Mr Abdi Mohamed Ali, a Mandera county government employee deposited in his account, with Ksh10 million claimed to be his salary. 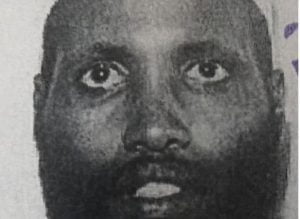 ARA suspects the cash to be proceeds of graft claims Abdi Ali, who is the director of livestock production in Mandera county, refutes while alleging that the money is proceeds of his honey and animals business.

In his ruling, Justice John Onyiego felt that the explanation did not satisfy the court.

“It is not enough to say such and such account and the deposits were out of the sale of camels, the source of which is not known or supported. Anybody can imagine a figure and even business. The respondent’s (Ali) explanation given is quite casual and cosmetic, with no tangible evidence or proof of the existence of any business being undertaken by the first respondent,” ruled Justice Onyiego.

In what ARA suspects to be a well planned graft, the amounts in question were deposited from different locations including Garissa, Mandera, Moyale, Eastleigh and Westlands.

According to the petition filed by ARA, the court was told in petition papers seen by this site that the money could have been looted from Mandera County.

“The said bank accounts received suspicious cash deposits in Kenya shillings and the funds are suspected to be stolen and/or fraudulently acquired from Mandera County by the respondents, their agents or representatives, and deceitfully deposited in the said accounts,” ARA told court.

Mr Ali was only allowed to withdraw Ksh3 million on humanitarian grounds, as the remaining money in two accounts were frozen.

ARA has been monitoring the 44 deposits since 2014 to February this year, ranging between Ksh134,000 and Ksh2.1 million, and concluded that they were probably proceeds of graft.

Court filings show that Ali would make deposits in a bank three or two times in a day.

The court was also informed that Ali has never withdrawn money from one account at Equity Bank.