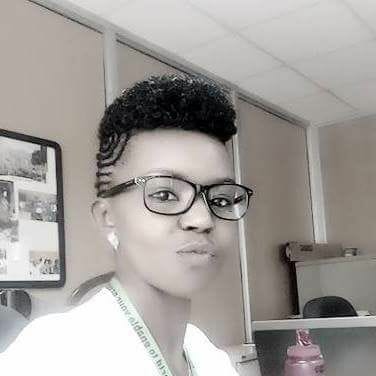 Caption : Zippy Maore
Chami Chami is a shareholder with about 2000  shares in almost every listed company.

He is National Bank of Kenya (NBK) customer at Busia Branch. He comes to collect cash, a calendar or a clock in exchange for coming to the Annual General Meeting (AGM) to praise the corrupt management or to ask “stage-managed” questions or to help propose or second a resolution so that the meeting can move quickly in the favour of the corrupt clique.

On 26th May Chami Chami was in the company of Habil Waswani (the Company Secretary) for over one hour where he was paid a hefty sum of money and coached on which “questions” to ask during the next AGM.

There will also be other planted shareholders on the AGM floor that day particularly a certain “shareholder” of Indian origin.

These are the Indian Immigrant-thieves like Bharat Thakrar, the CEO of ScanGroup, that Kenya needs to deport promptly. We won’t have Indians stealing from Kenyans like we’re back in the Moi-era.

All these staged-shareholders ate always been facilitated by the Chairman, Mohammed Hassan.

Moving on, one Ms. Zippy Maore is currently working at Kenya Commercial Bank. She is due to report as Head of Workplace Banking on June 2nd.

While other vacant posts have been internally advertised, hers is “reserved” by the acting CEO because of their special relationship.