There’s an ongoing bitter fallout inside the Thirdway Alliance Party Of Kenya occasioned by the announced suspension of the party’s secretary General Fred Okango after he hinted at joining Building Bridges Initiative (BBI).

Six days ago, the party through a well publicised letter circulating on social media signed by the chairman Miruru Waweru expelled the SG.

‘This letter is to inform you that Thirdway Alliance Kenya’s National Lxecutive Committee (NEC) has on this day 28th January 2020, suspended you Mr Fredrick Tshombc Okango of ID No. 22840689 as the Party’s Secretary General pending ratification of your dismissal by the National Delegates Convention’, the letter stated in part.

It further stated that Mr. Okango was ‘not authorized to represent or conduct any business on behalf of the Party forthwith’.

Screenshots sent anonymous to cnyakundi.com reveal that the matter has caused a wider split in the party of Punguza Mizigo referendum push.

Ekurur Aukot, the man who worked on Kenya’s 2010 constitution is now a lame-duck party leader.

Deputy Party Leader Dr. Angela Mwikali Nyalita and Ekuru Aukot engaged in a war of words over ‘who has brains’.

The former doesn’t support the expulsion of SG Okango.

The matter has even attracted the attention of a law firm, Caroline Oduor & Company Advocates who are acting on behalf of Mr Okango.

The law firm says that Mr Okango is not aware of any ‘complaint registered against him in accordance with article 14.1 (f)’ of the party’s constitution.

Take a look at the exchanges below: 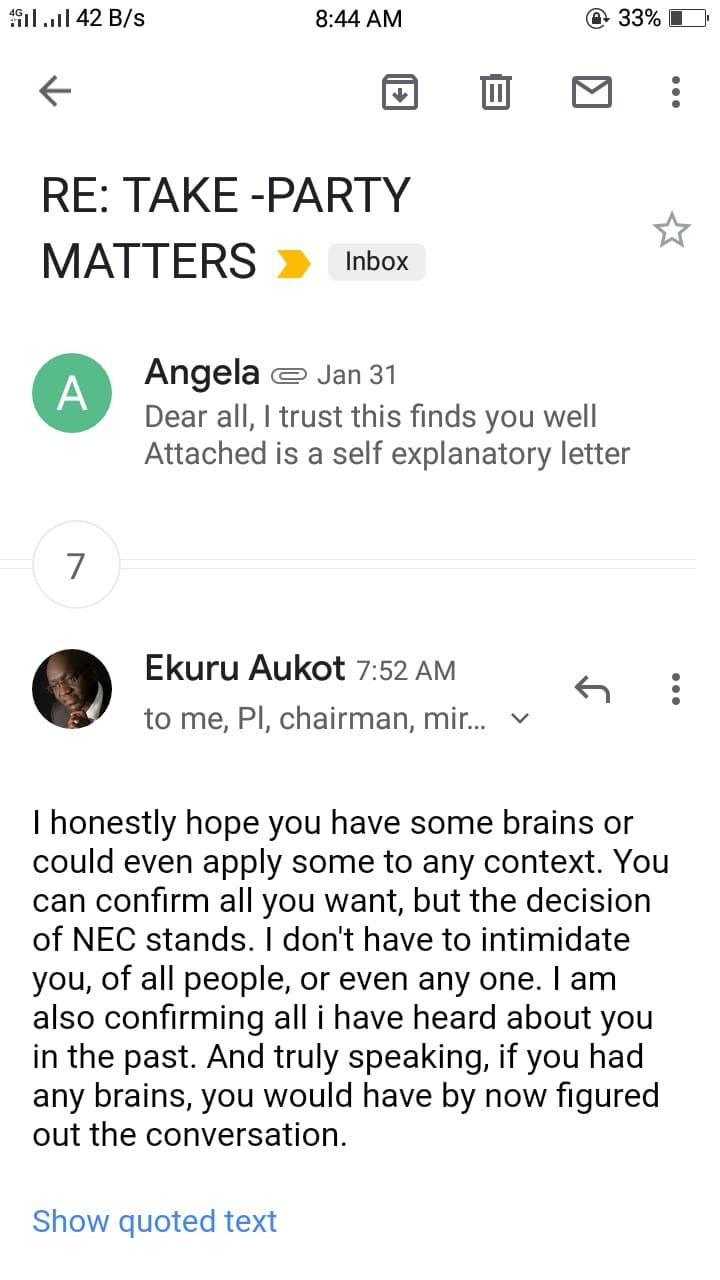 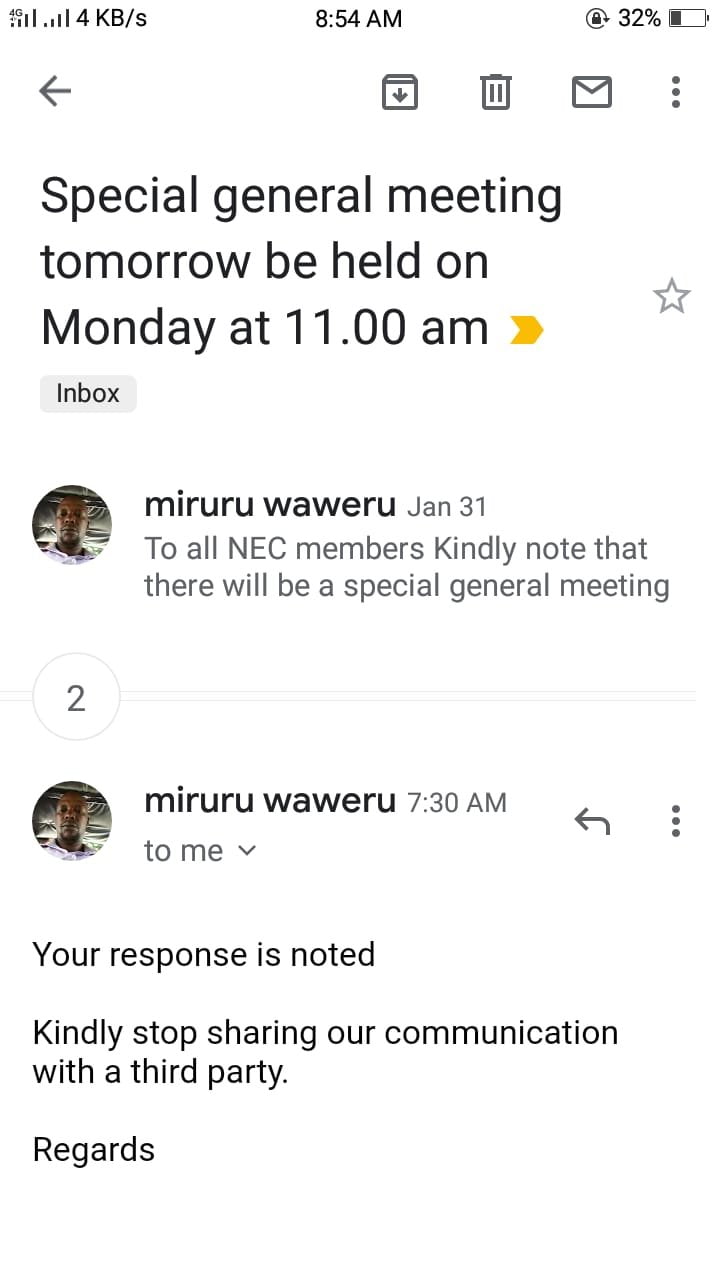 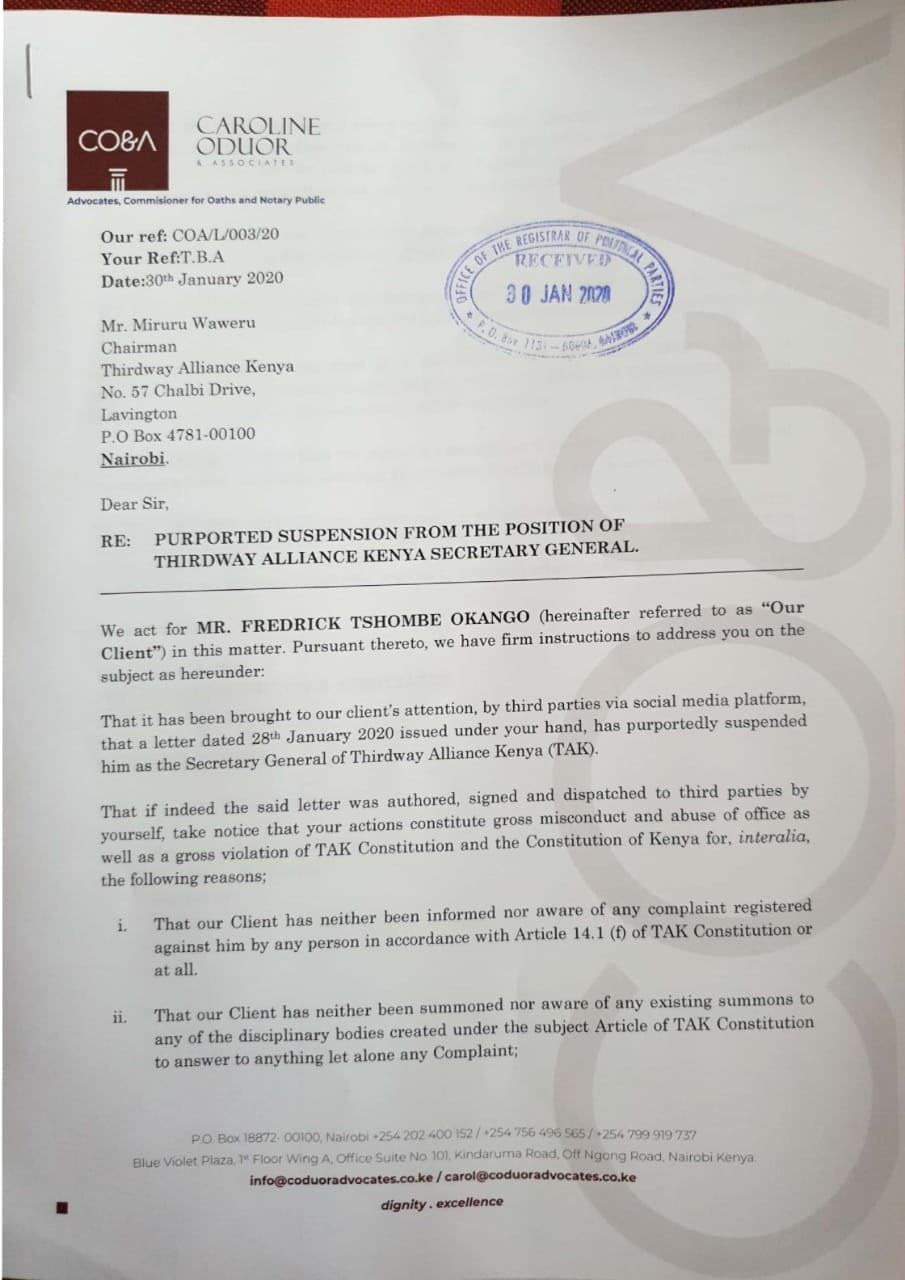 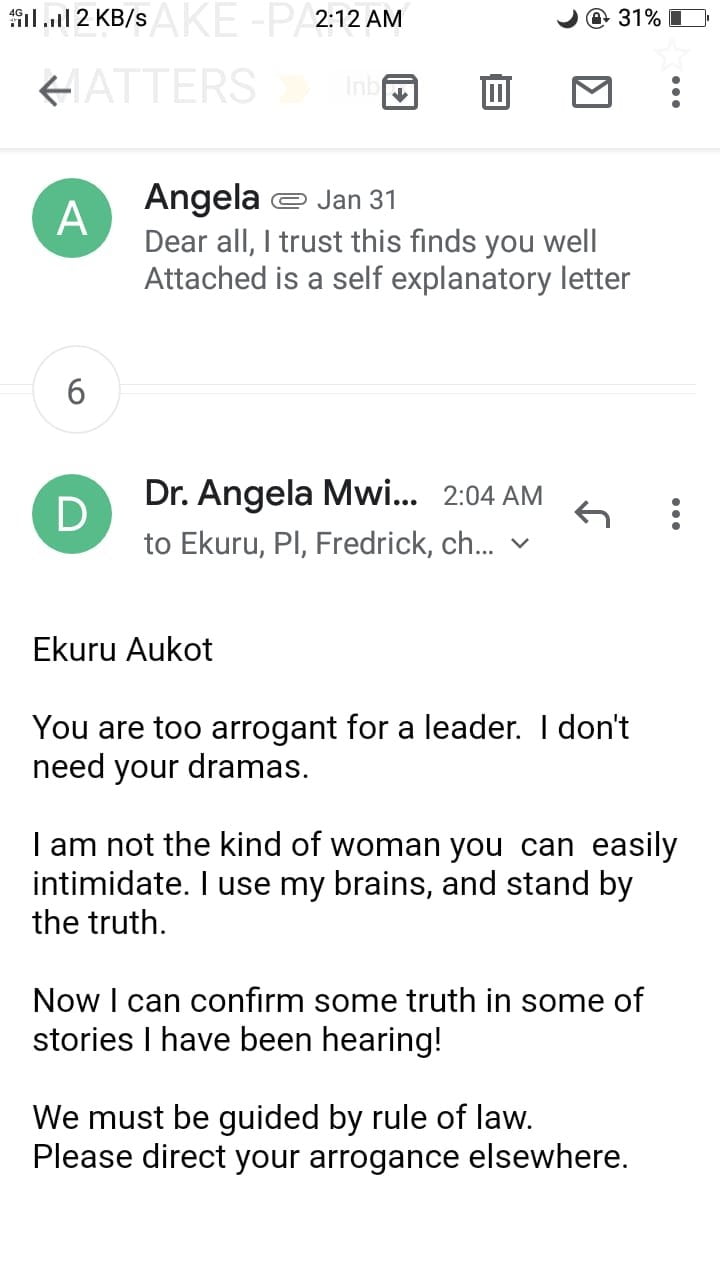 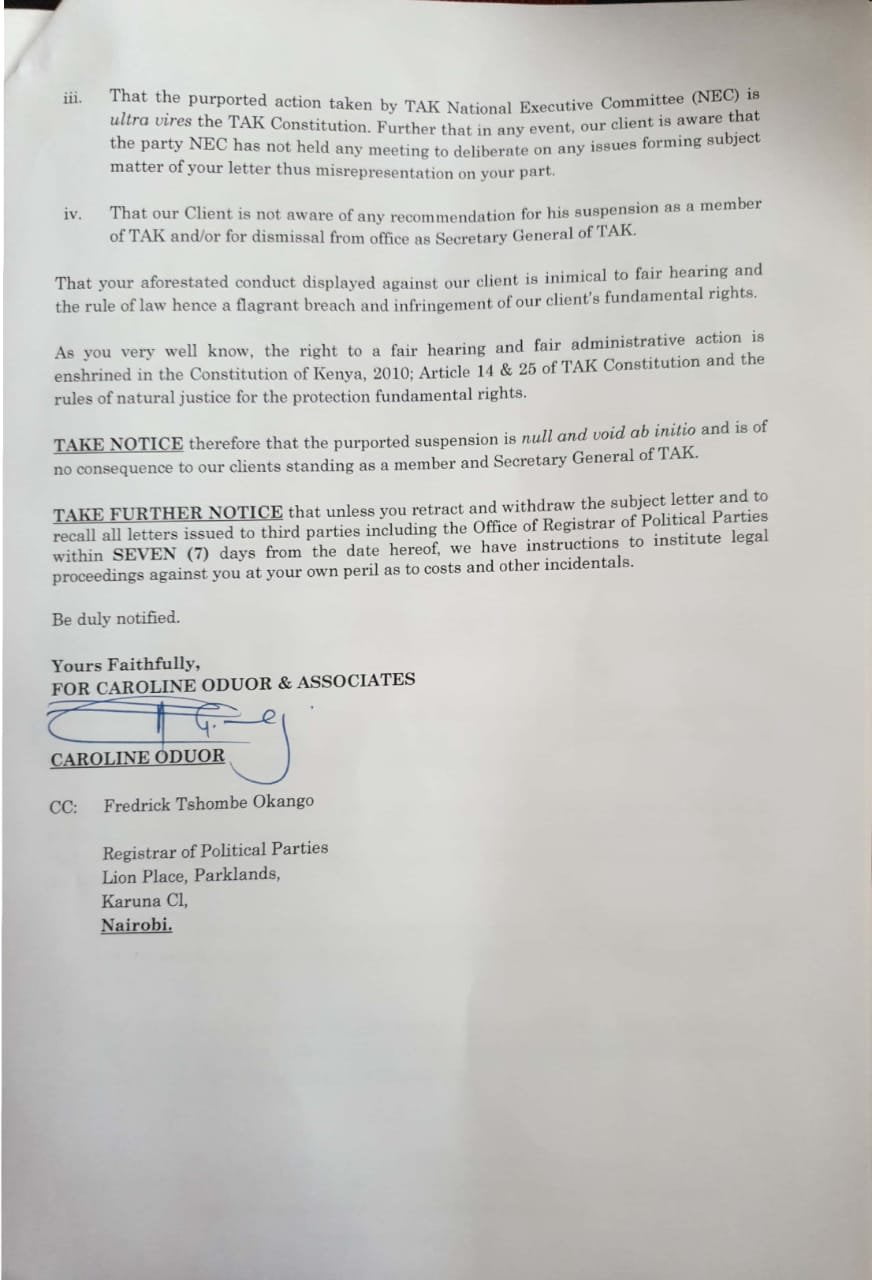 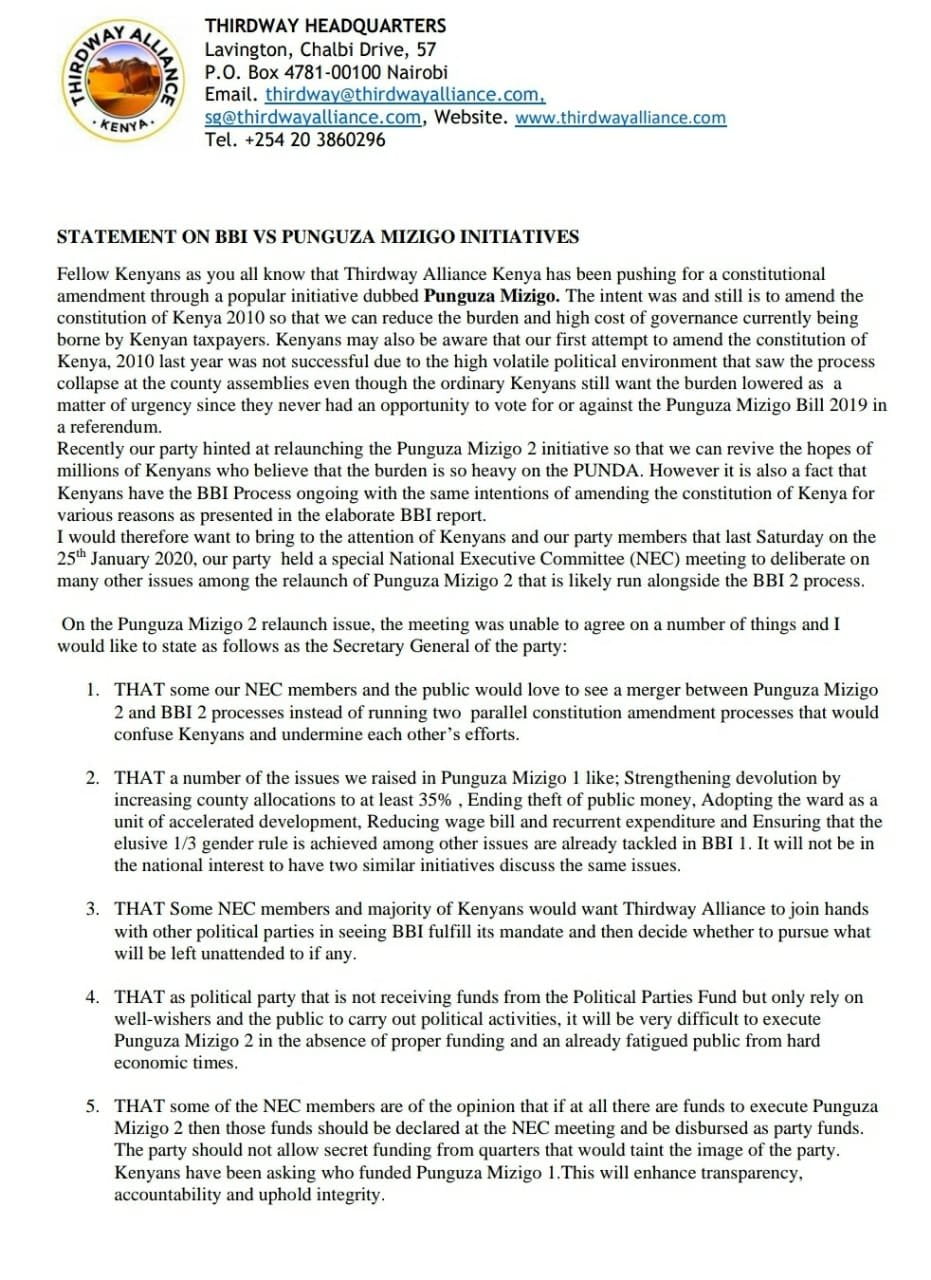 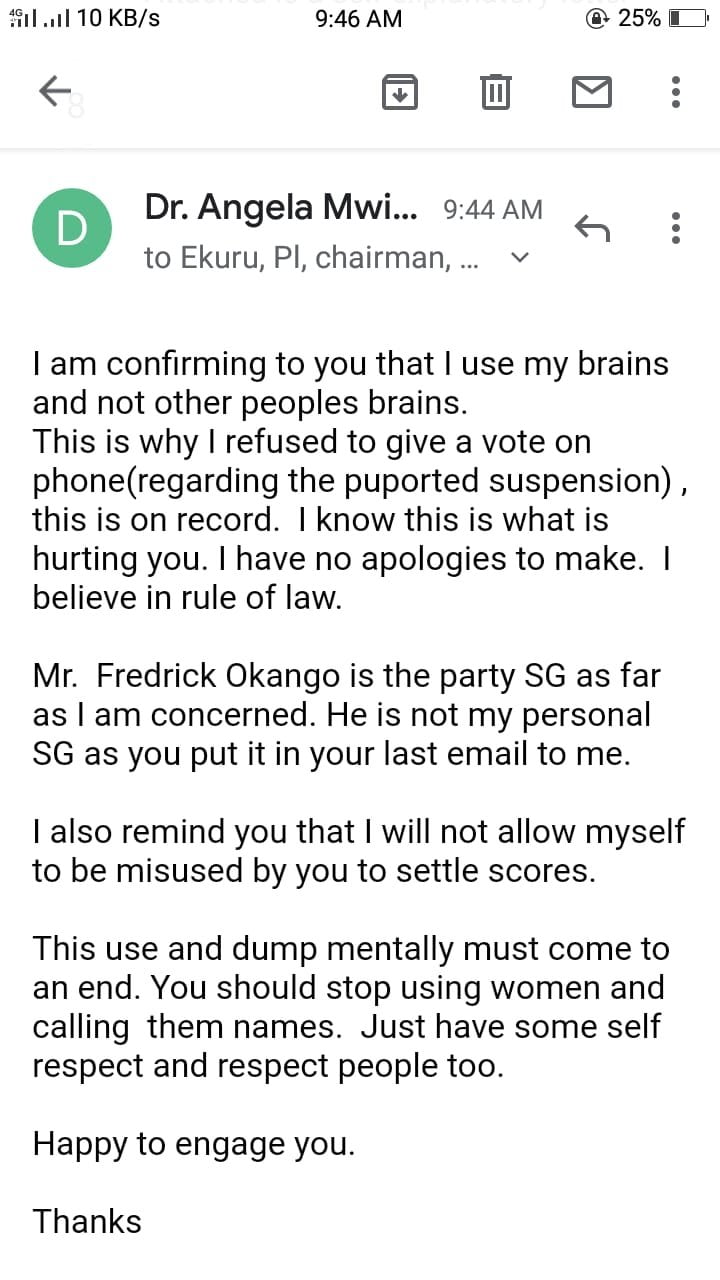 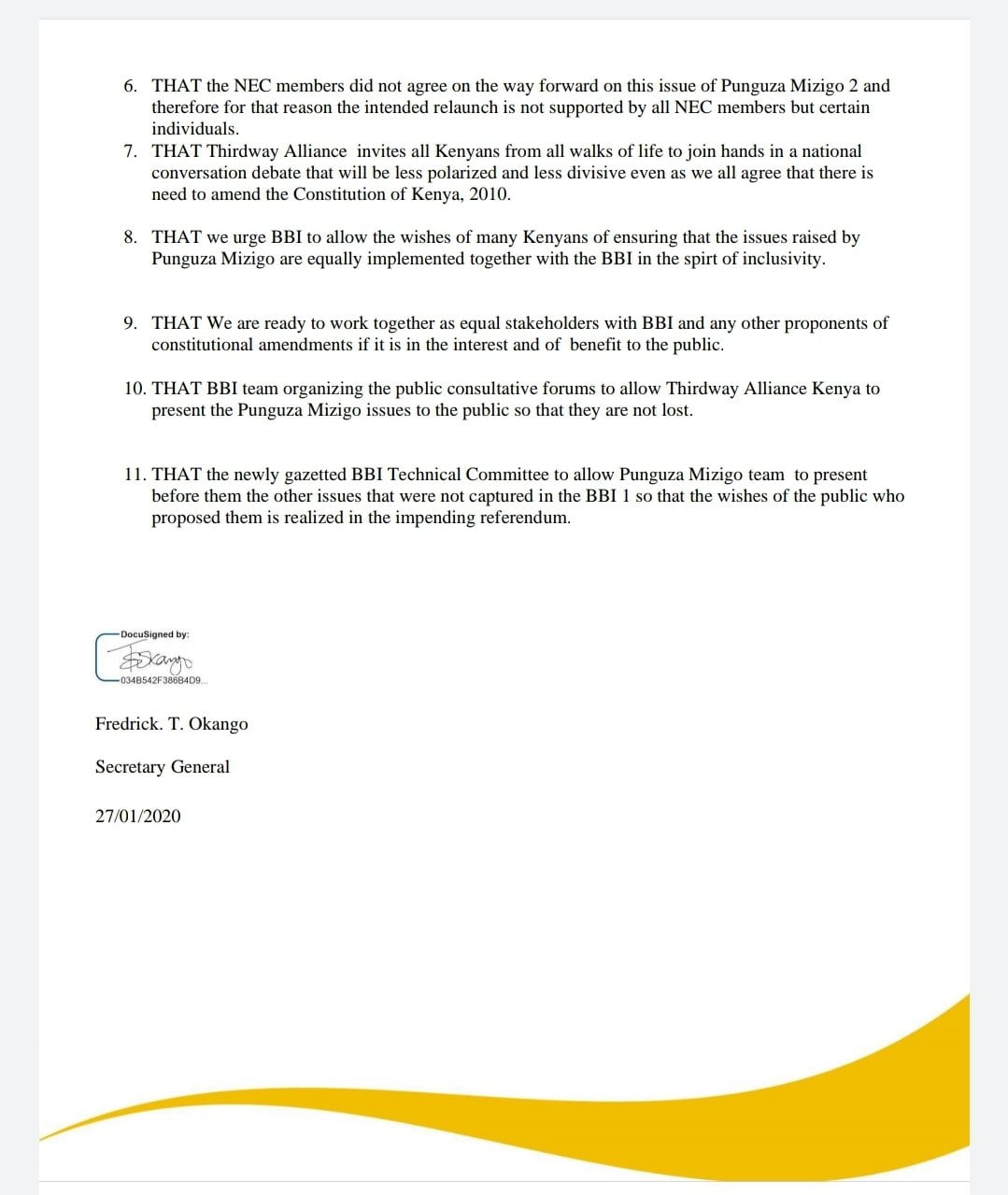 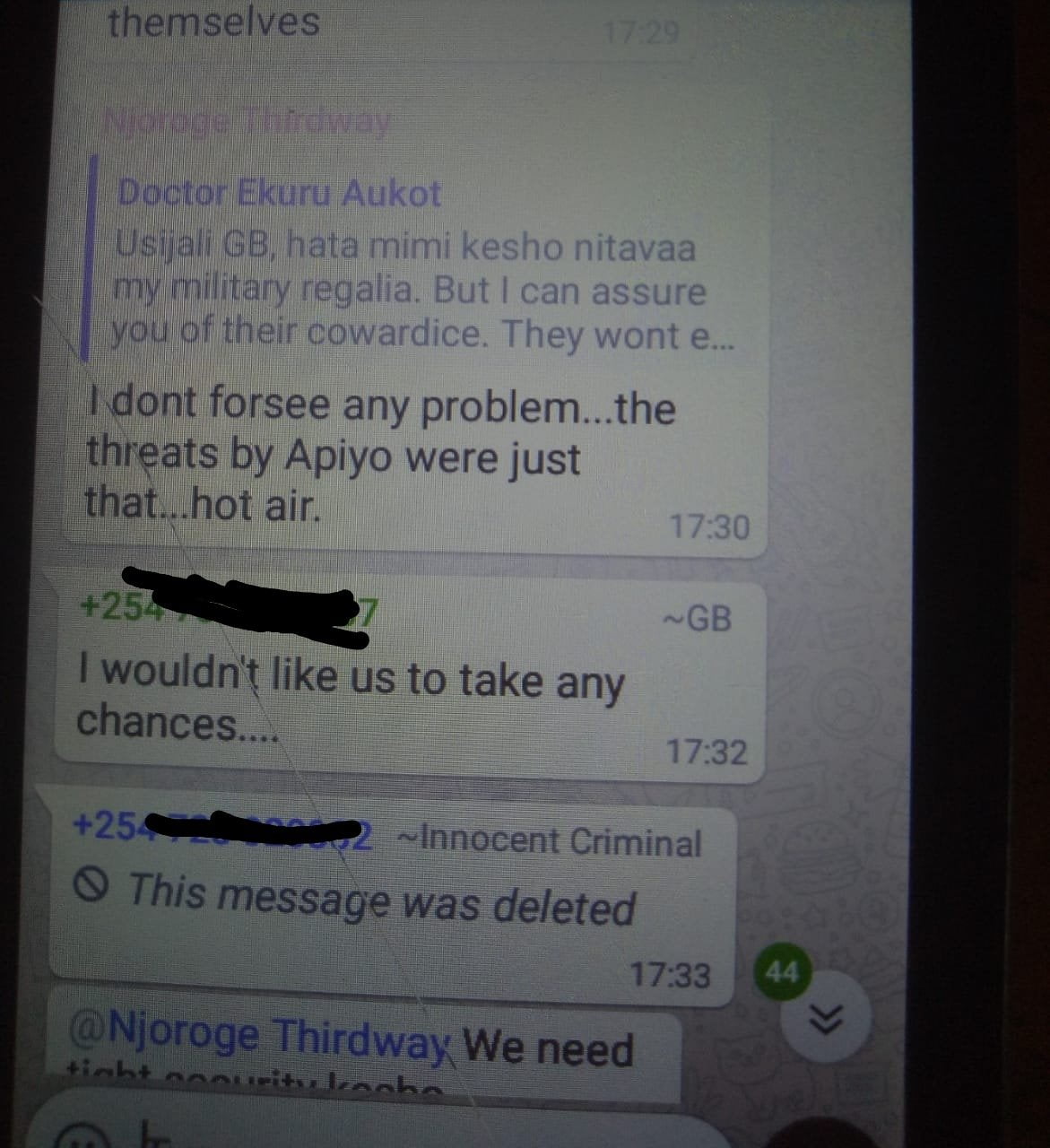 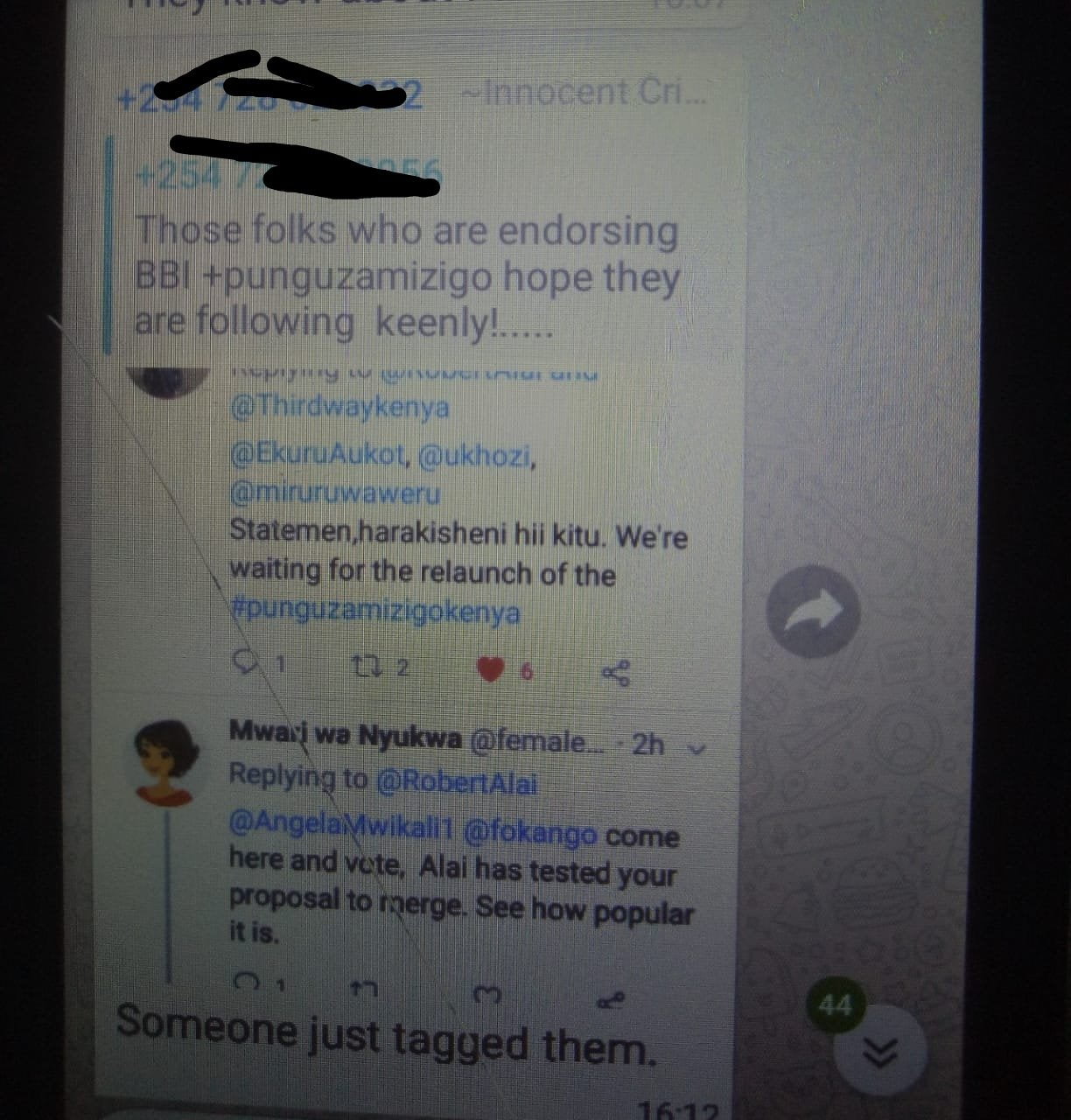 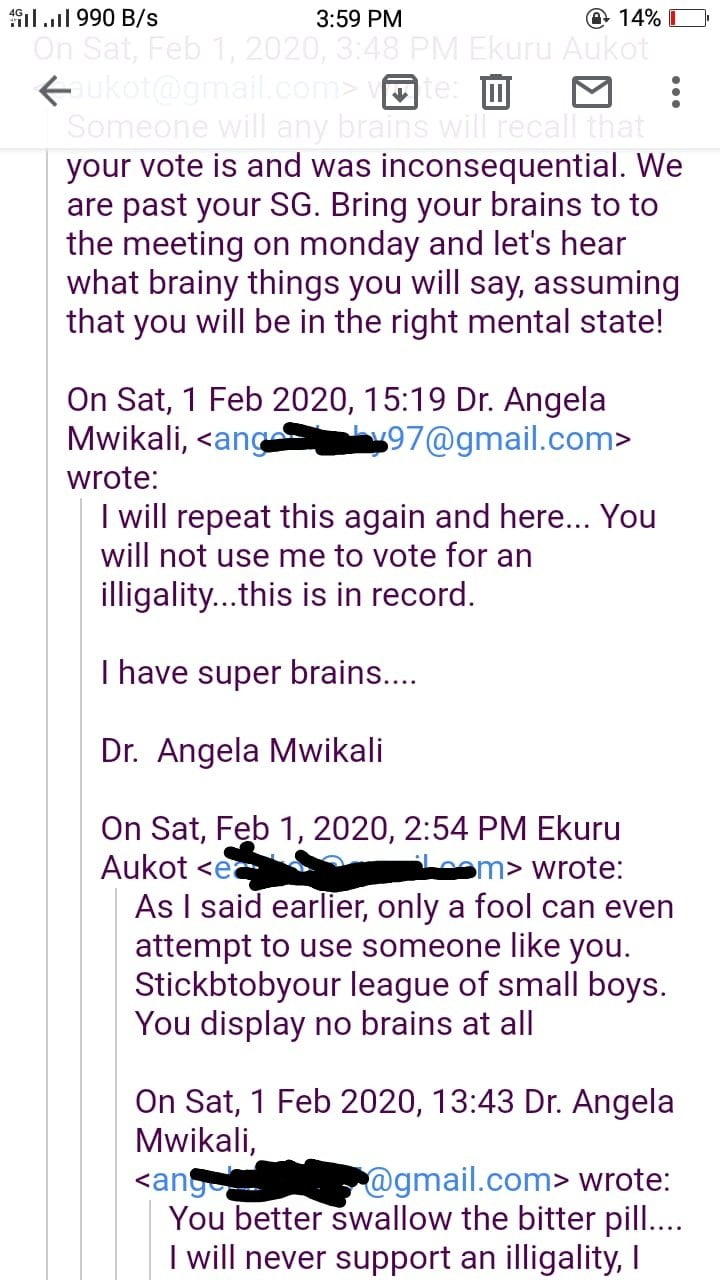 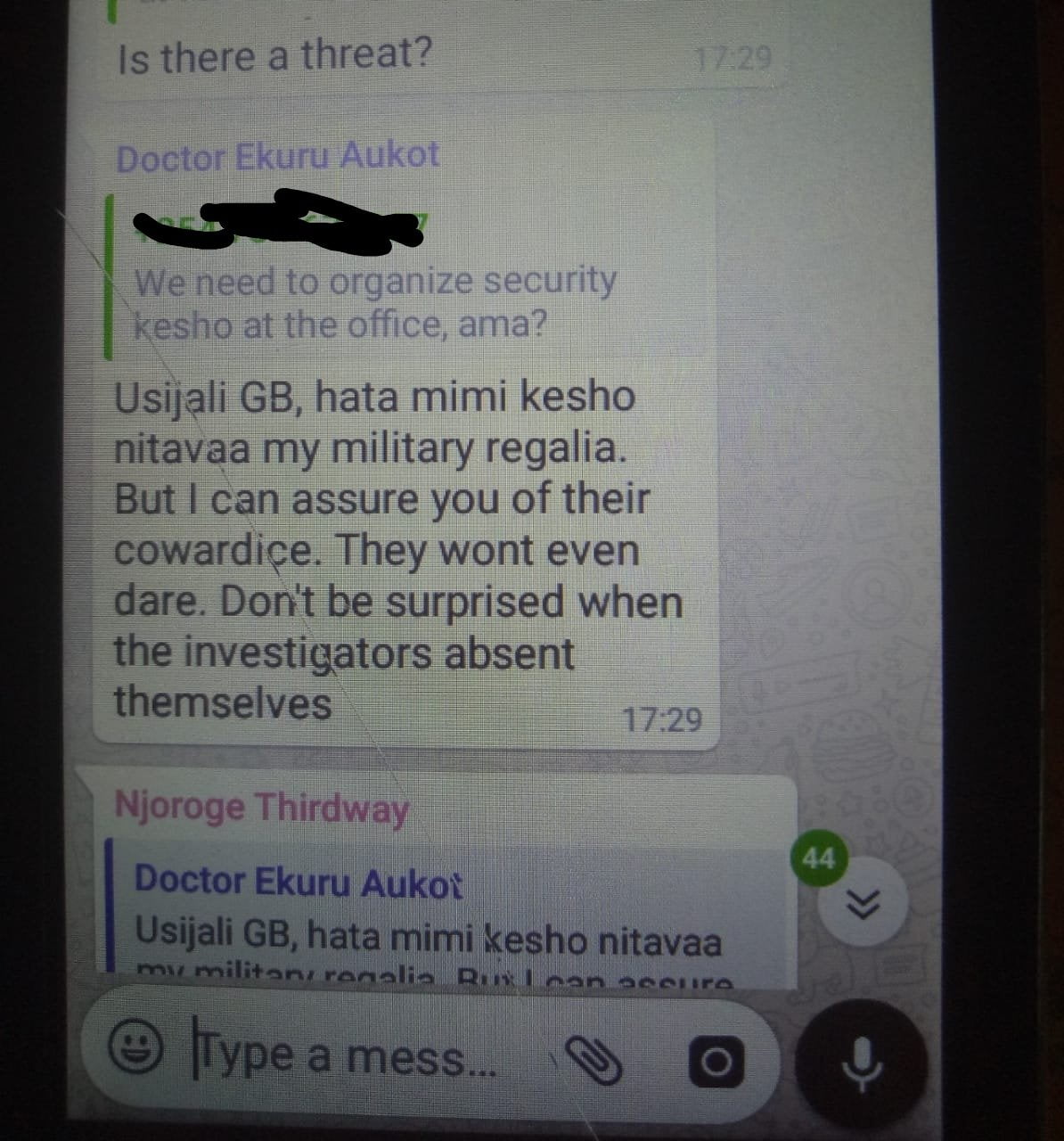 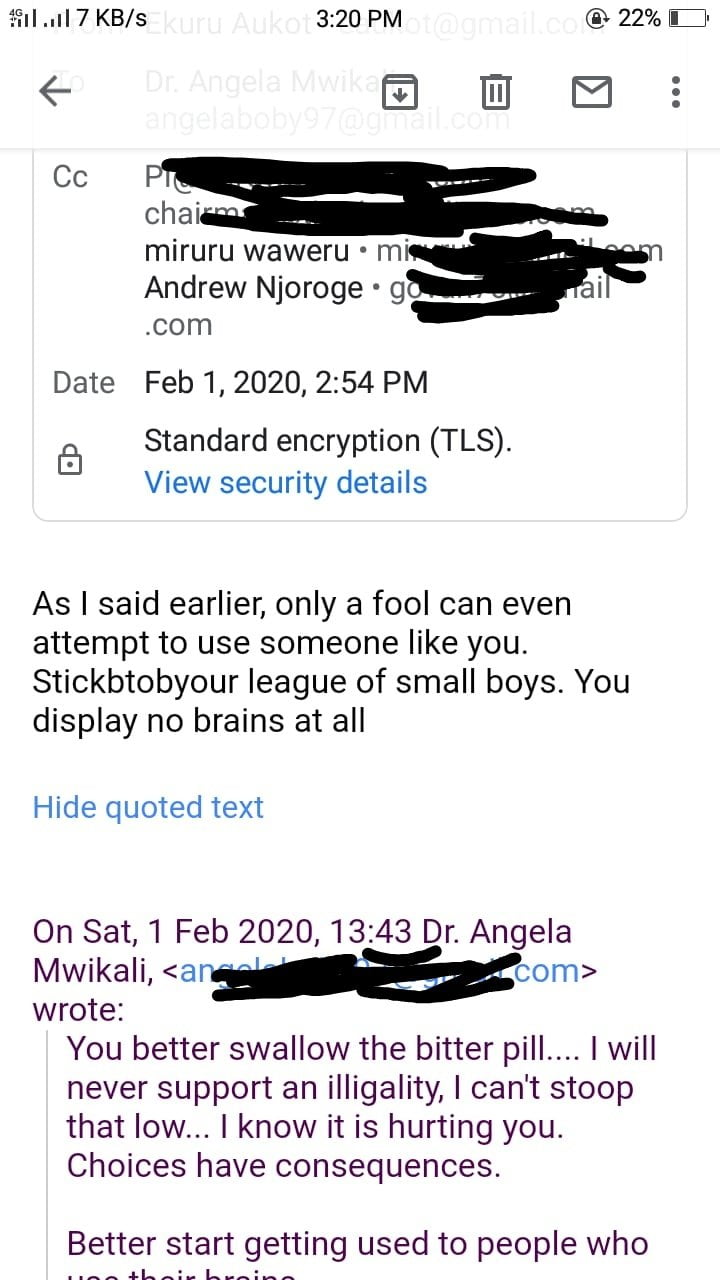 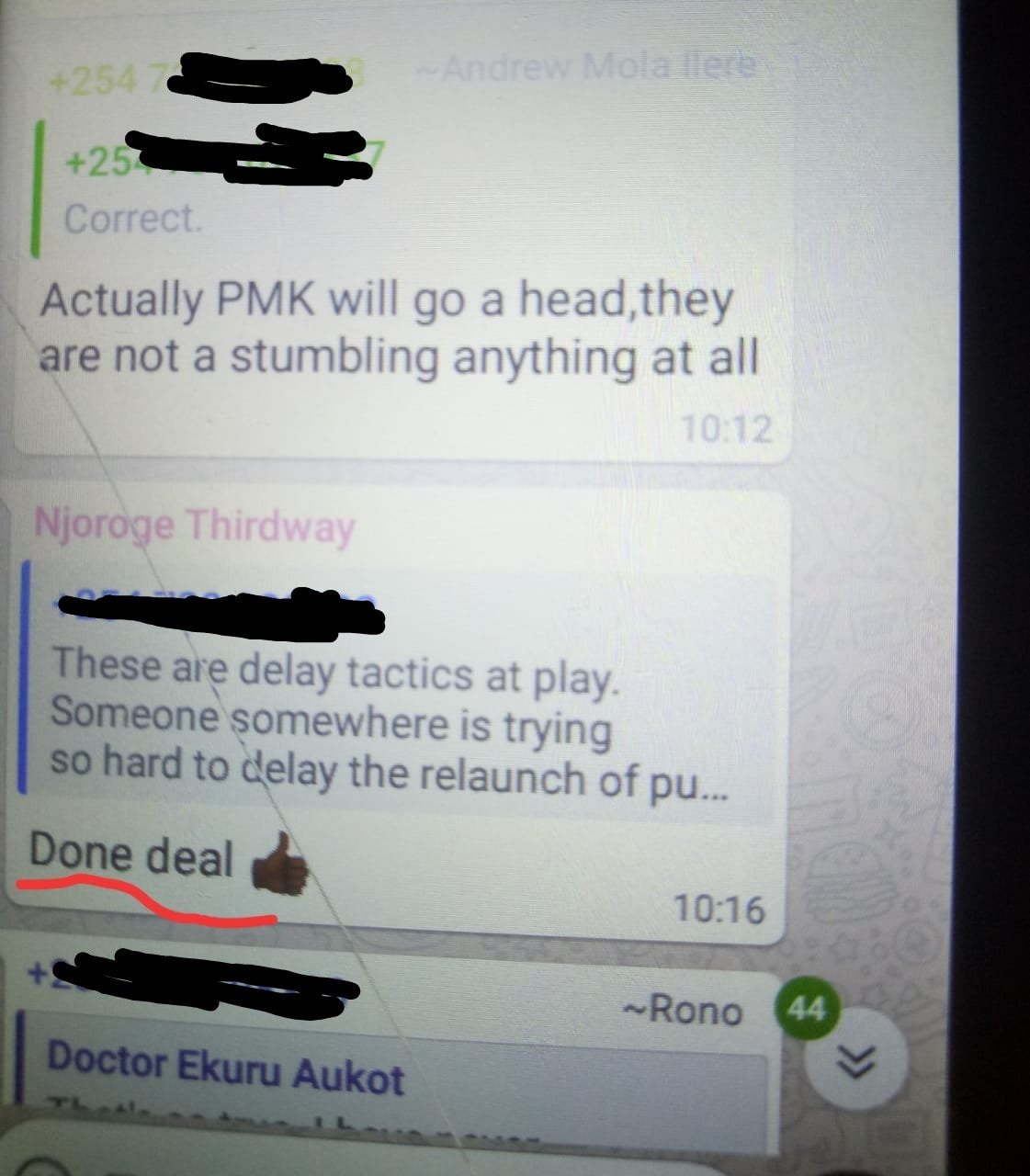 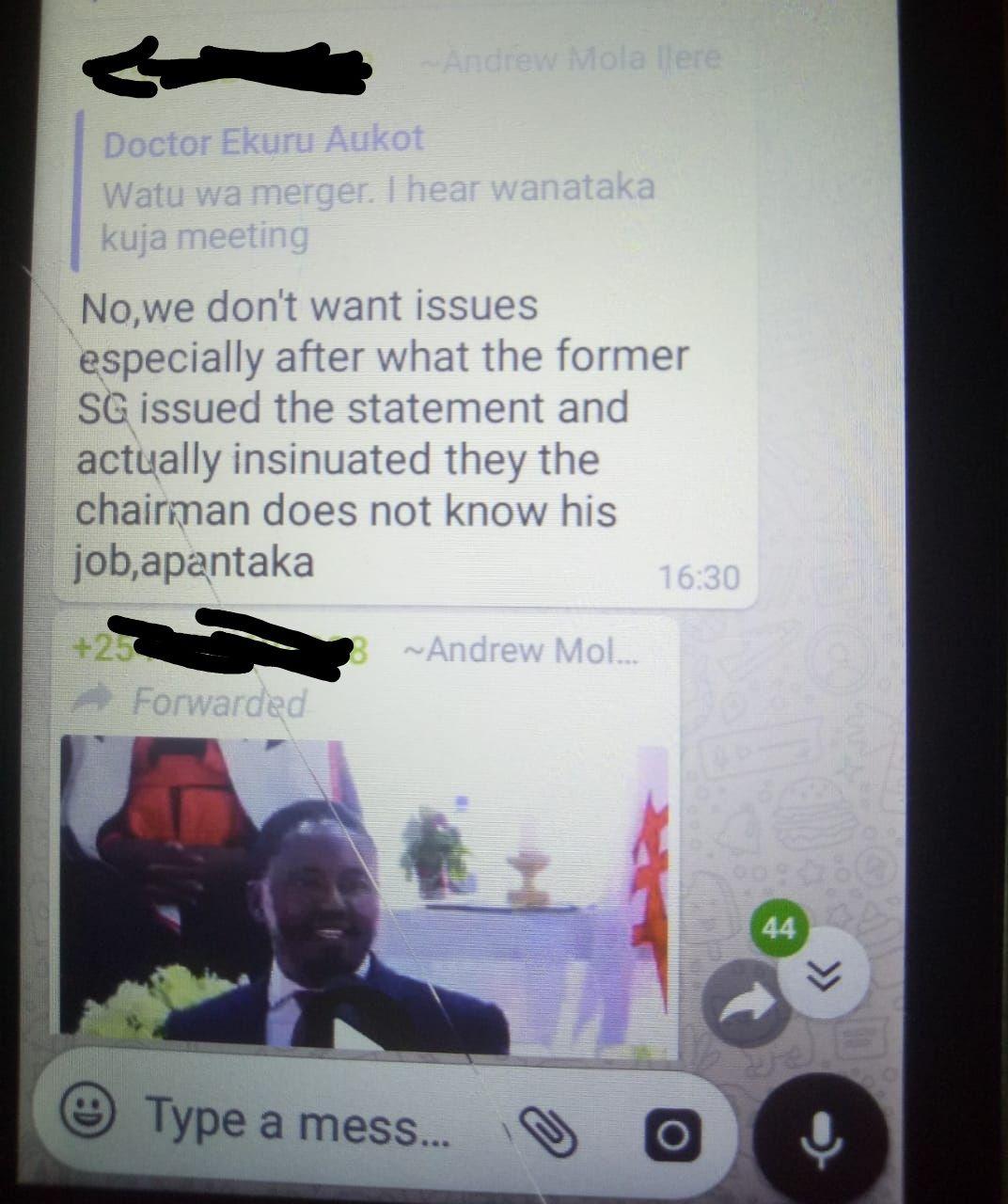