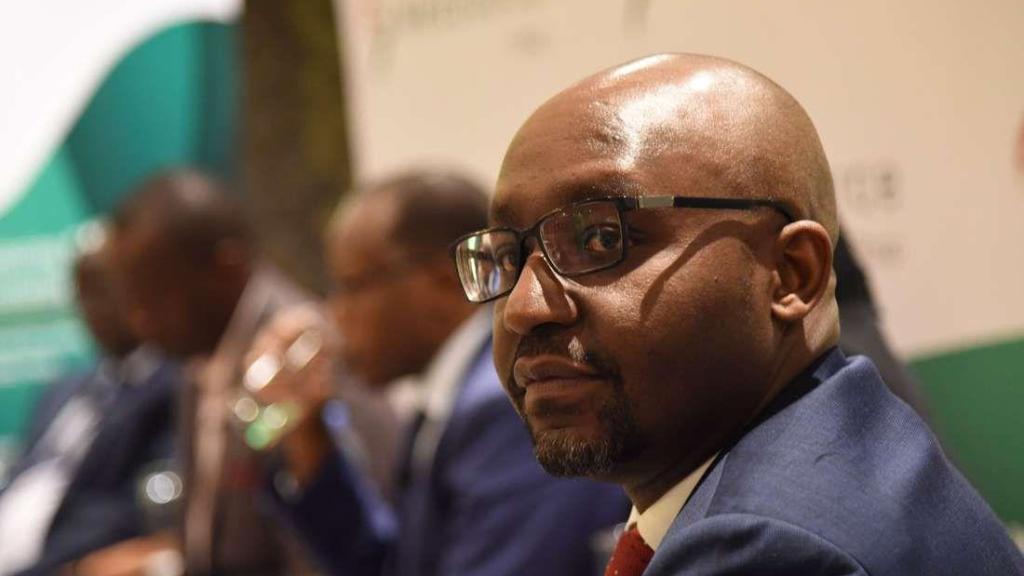 Over the past few months, NHIF has been carrying out changes that are aimed at eventually improving operations in the organization; but this is not to be

Since his fraudulent appointment 9 months ago, he quickly promoted his tribesmate from central Kenya without considering qualification and experience.

It is laughable because he actually picked the laziest.

He is hasty and quick to make decisions thus he is gullible and easily convinced by the busy bodies in the organization. In the first batch as reported by the Sunday Daily Nation, he promoted his kinsmen with some jumping five grades and surpassing six managers in waiting who have credentials for promotion.

Once highlighted in the Nation newspaper, The Board of Management reviewed the promotions due to the embarrassing story and demoted some of those who had been promoted.

An embarrassing second round was highlighted a month later with four people all from Central Kenya specifically from Nyeri County where he comes from were promoted outside the normal procedure in a day.

One of those promoted has been struggling with to complete a degree for years; that staffer bypassed colleagues, jumping five grades to become a manager.

The CEO is a shameless person, who threatens members of staff if they complain about. The mode of operation is to transferring those complainants to far flung areas. He even transfers people from other regions to branches to make sure their positions are occupied with his close allies and tribesmen.

To ridicule the company, the CEO further promoted people who had scored D in KCSE. Now we have close to 5 people in the top management with Ds. Most of them have degrees yet they got Ds.

There is no clear growth plan indicating how they came to be top management. The blind to the fact CEO still wrote them appointment letters of promotion to top management to deliver Universal Healthcare (UHC) under UhuRuto’s agenda 4. This is laughable.

Going against the HR manual

The CEO has also promoted people who have never managed anything/anyone. Many senior staff members who have been in acting positions for years were bypassed; these flaunts the labour laws and the NHIF HR manual.

They were left out since they are not part of the CEOs cartel, thus, favourism and nepotism. Further to create positions for his cronies, some are being given positions that do not exist in the structure that was passed by State Corporations Advisory Committee ( SCAC) .

A staff suitability process is ongoing, but the CEO is oblivious of the process and secretly promoted people with god-fathers without following the procedure.

Promotions are like peanuts in NHIF being handed to tribesmen and girlfriends.

The juiciest part is that his two siblings are both are his Personal assistants. They speak loud Kikuyu in his office which is uncouth and against the laws of any office since this is a public office.

The CEO was cautioned about working with siblings in his office who are positioned to block anyone who wants to see the CEO but this fell on deaf ears.

The NHIF manual states that when promotion a staff member, where a vacancy occurs, or is likely to occur, the Head of the department will notify the Head of Human Resource function within three months of the position falling vacant. In addition he shall advice whether, in his/her opinion, the vacancy should be filled by promotion of an employee serving in the department, transfer of an employee from another department, competitive sourcing through internal or external advertisement then interview.

The above procedure as stipulated by the HR manual and career progression guidelines was not followed in all the 20 promotions CEO has made; thus indicating that the CEO is operating like he is above the law or NHIF is a private entity that he owns.

Dr. Kamunyo refuses to learn from his predecessors that he is being used and he will be dumped the minute he is done aligning his people to the favour of whoever he serves. He clearly does not serve the interest of Kenyans who are members of NHIF.

Then HR manual further stipulates that as far as it will be practical, all job openings in the Fund shall be expeditiously filled by promotion of serving employees. Consideration of employees for promotion shall be in accordance with the provisions of the career progression guidelines for each cadre, which shall specify the minimum requirements in terms of recognized qualifications, proven merit, ability, seniority and work experience and results. In selecting candidates for promotion, due regard will be given to merit and ability as reflected in work performance and results, as well as seniority, experience and recognized qualification.

This was disregarded since the members of staff promoted superseded those who were next in line thus dictating nepotism, tribalism and favourism. This has made NHIF staff disgruntled thus the agenda 4 vision on delivery of the UHC dream is a facade which might not be delivered by NHIF if the tribal CEO is allowed to continue.