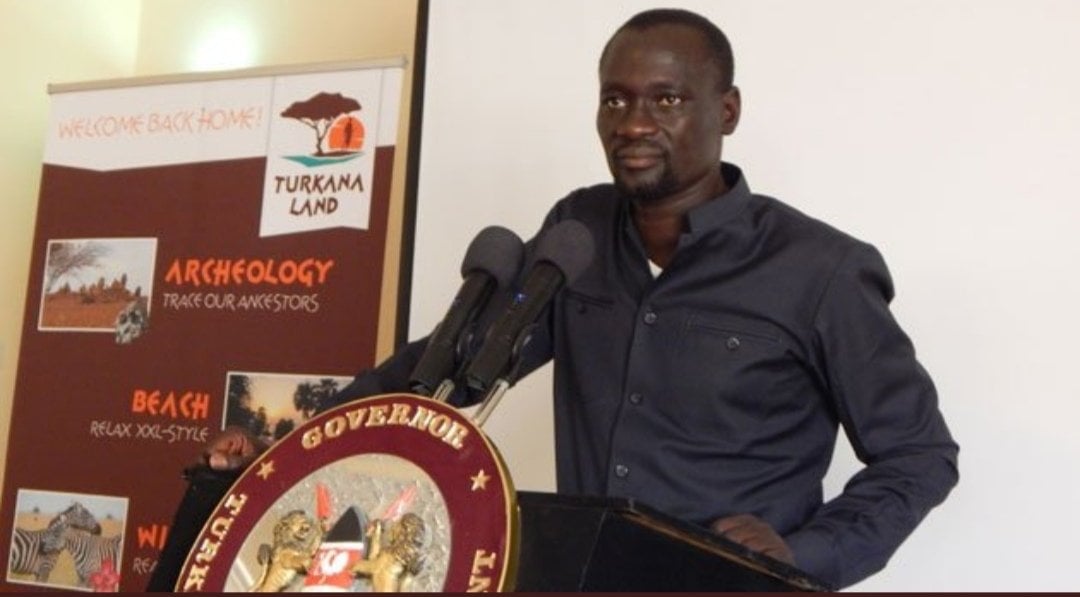 The Ministry of Lands in Turkana County has something fishy going on.

I bumped on an Local Purchase Order (LPO) where payments we done to procure chairs for the offices. The cost of an armchair costing Kshs. 10,000 is overquoted at Kshs. 40,000.

The Chief Officer, Mark Ewesit, whose contract was not renewed, is the one who was in charge and authorised payments. 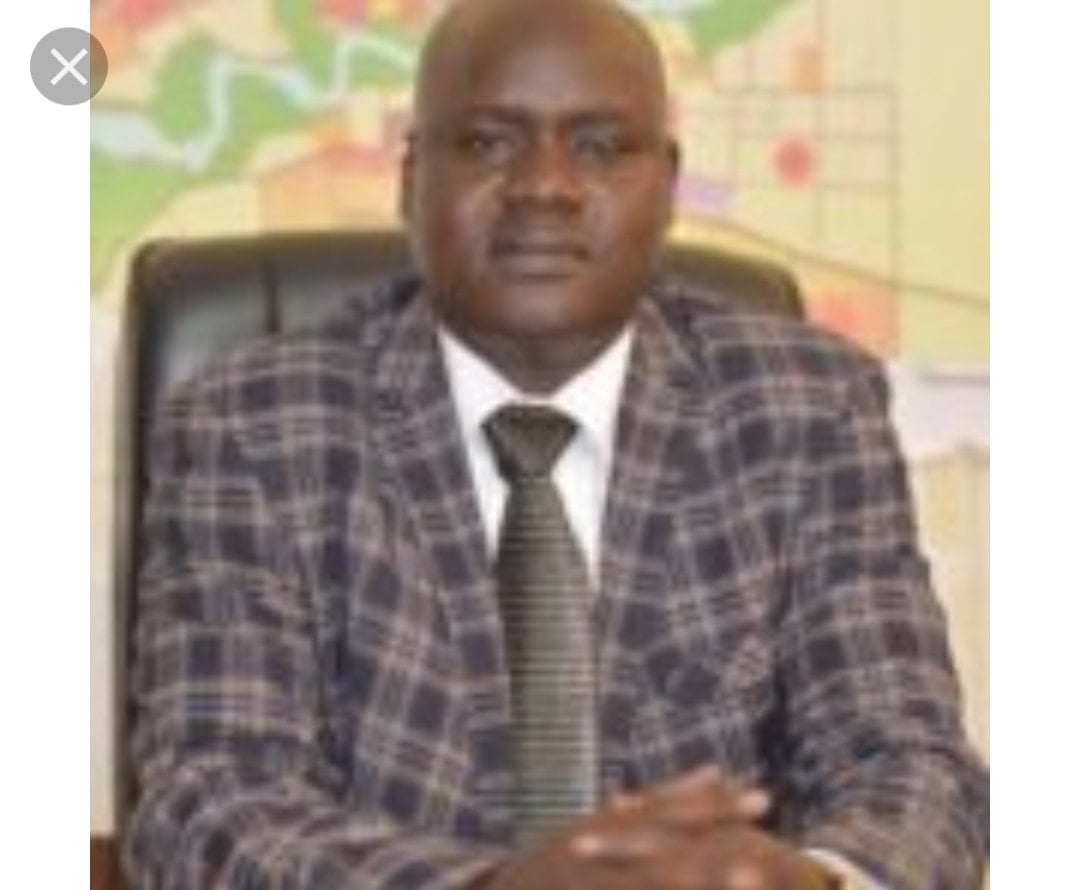 In our scrutiny, the company which was given the tender to supply, Jovi Services Limited seems to be a non-existent company.

Mark Ewesit’s 5 years contract with the county government of Turkana elapsed in March and it was not renewed, he is currently out of office.

They colluded with the procurement officer, to authorise payments, overquoting prices. 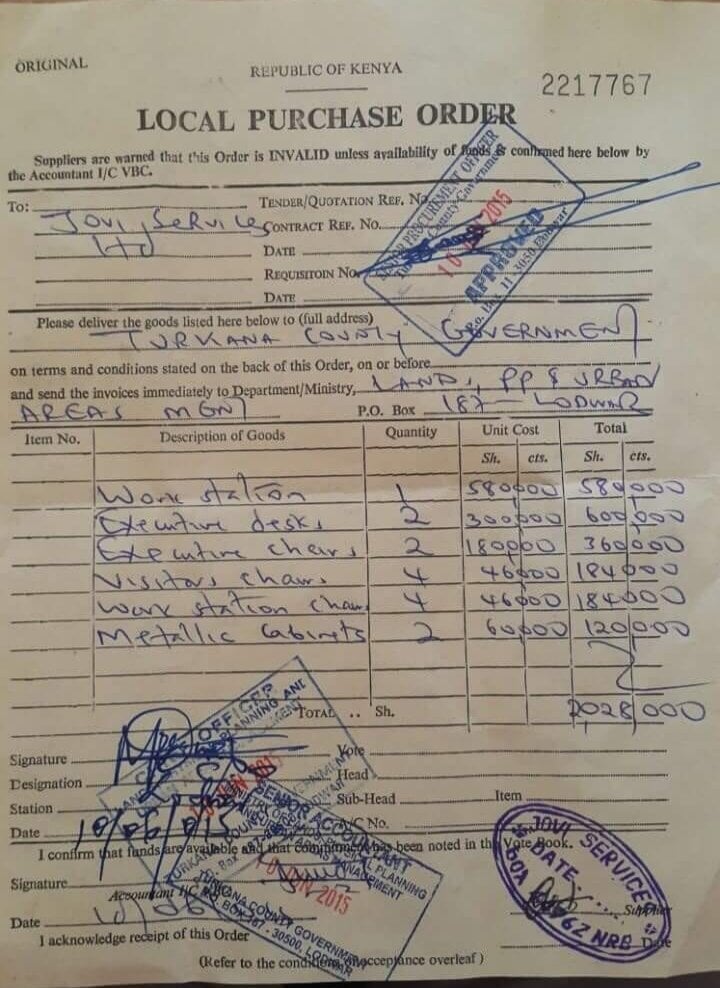 The LPO that is evidence of collusion between Mark Ewesit and ghost company Jovi Services Limited.

We made comparison of the armchairs, metallic cabinet tables (workstation) with the current market price and found the above information to be true.

We call on DCI and EACC to probe this corruption and impunity since the company looting the county coffers may be a front for the corrupt Turkana county governor to steal from the poor Turkanas.

In this article:Tcg, Turkana County Government