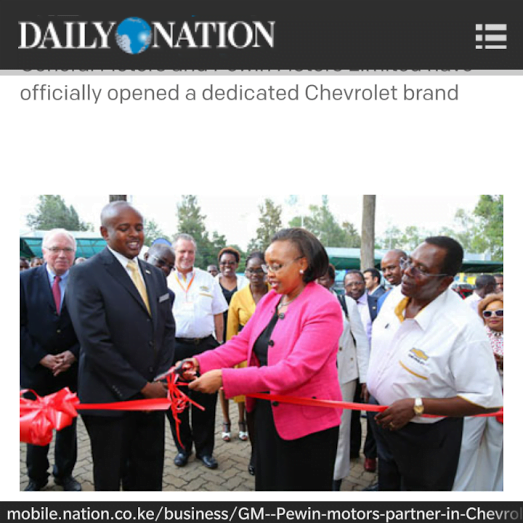 The most incompetent Cabinet Secretary has been named in fresh revelations surrounding a football tender that was being advertised as a formality to ensure that a consortium involving a golf-marketer and a vehicle dealer won.

Phyllis Kandie who has overseen the death of Kenya’s tourism, while all the time is spending taxpayers money on shopping trips in London, has also been linked with this developing scandal.

Phyllis Kandie was the guest of honor at the grand opening of the Pewin Motors new showroom at the leafy suburbs of Karen.

The tender to create a special purpose vehicle for the organization of the Magic Cup Tournament also includes tourism components and was conceptualized as a joint project between the Ministries of Tourism and Sports.

In fact during the botched Kenya House London project which ran parallel with the Olympics 2012, both ministries synergized, even though the expensive undertaking cost the Government over Kshs. 250 million, with no meaningful benefits, accruing.

The money was used to pay the likes of Julie Gichuru to market Kenya to Kenyans, which was essentially a self-defeatist strategy.

It seems that Pewin Motors owner Peter Kirigua has most Government officials in his pocket, and it remains to be seen if he will survive the stormy football politics, or they may end up bringing down an empire he has taken long to build.

Because Kirigua is not a poor man by any means. It is greed that’s pushing him to tender for anything under the sun, for as long as he knows the only formula of winning a tender is to bribe Government officials.

However, this football tender, which is negligible compared to his other businesses, may be the beginning of his end.
I also did an article Questioning Kandie’s corruption deals. See here