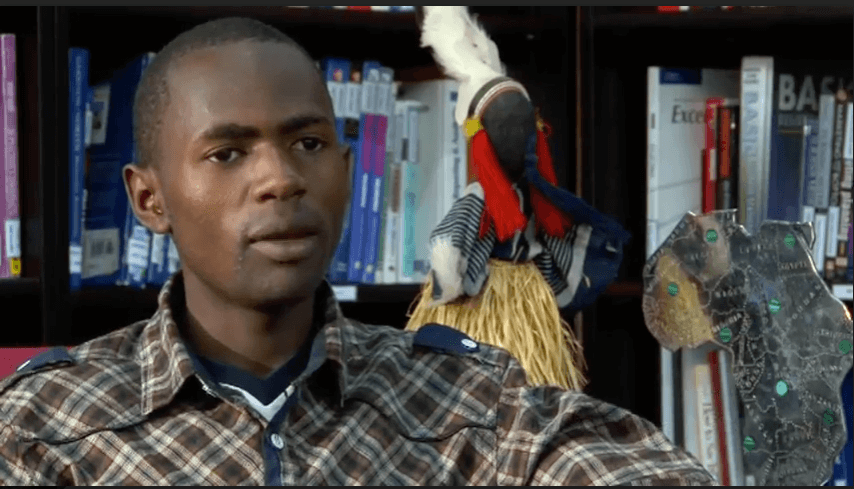 Hi Cyprian,
I would like to expose this scam enterpreneur and con called Joel Mwale. This guy contracted us to market for him an app called Olla and has never paid us.
Whenever you call him he doesn’t pick his calls on 0729329630. When I started following up on payment and doing background checks on him i discovered very crazy things.This guy is literally a scam conning people money in the name that he was successful in the past
If you check this video(https://www.youtube.com/watch?v=Uw8Fsy1Z5_I) someone wrote a comment questioning his stories. Then it also happens someone else wrote another comment on https://www.sde.co.ke/article/2000113767/how-a-19-year-old-from-kitale-made-over-sh40-million about his descrepancies . if you check his stories deeper they don’t make sense at all.This guy is another heshan. He has won some awards then goes around lying to people about numbers and inconsistent stories
He gives interviews about his success stories with different numbers and theories which do not add up.He came up with stories about his company Skydrop and selling the company which do not add up. He goes round giving interviews with different numbers and theories to each media station.The guy has won many awards but his stories do not add up. I think he has lied his way to this awards considering the facts and evidence.
1. He has a contradictory story of starting his company Skydrop across different media. each interview a different story and a different version.

so in the first story on howwemadeitinafrica.com he says he bought a purifying machine with money from first investors and then in other interviews on cnn and standard he says he sold land to buy a purifying machine.so which story is correct??? .This guy’s story has a lot of inconsistencies. Even heshan had contradictory stories in different interviews everywhere and stupid kenyans just bought them
On Howwemadeitinafrica.com –   he said “Three months later (someone visiting his home)he contacted us and introduced us to our first investors.” Mwale subsequently acquired a purifying machine and started bottling water.”
(https://www.howwemadeitinafrica.com/after-selling-company-for-us500k-joel-mwale-now-wants-to-change-the-way-we-learn/)
On Cnn- he said “With the help of a financial loan from a local farmer, Mwale began investing in the necessary equipment and business infrastructure to put his idea into action.”
( https://edition.cnn.com/2011/11/14/business/skydrop-kenya-water/index.html)
On Standardmedia –  he said He turned to his 20-acre piece of family land, which had been lying fallow for years. He approached his mother about selling it, an idea she was initially opposed to. Eventually, however, he convinced her. With the proceeds from the sale, Mwale bought a water purification machine for Sh430,000, and paid for the cost of operation to produce drinking water.
(https://www.sde.co.ke/article/2000113767/how-a-19-year-old-from-kitale-made-over-sh40-million)
so which is which?

2. Then suddenly, he sells his company with contradictory numbers and theories that do not add up if you base on references online only.

in 2012 August in an interview with business daily  he said his  company skydrop has annual turnover of (2.5million shillings) by august…. (https://www.businessdailyafrica.com/magazines/1248928-1478296-cvval3z/index.html)
then in november 2013 he told standardmedia that “That idea later blossomed into a company that, by the time he sold it at the end of 2012, was employing about 70 people and annual revenues of $515,000 and he sold 60% of the company for ksh 42million.(https://www.standardmedia.co.ke/business/article/2000097459/from-being-a-school-dropout-to-forbes-magazine-listing“)
so how is it possible that within a single year a company has an annual turnover of sh2.5million by august 2012 and then  in the same year the same company has an annual turnover of $515,000.  (in just 4 months )This is magical considering the company has no tenders anywhere or records.
Even with company records at the company registrar where the company is registered as CPR/2012/68913 . There is no record of anything like this. even if it was private how is all this possible without records or paper trail

3. A deeper look into the company shows numbers and stories that nothing existed of this kind

He said he sold his water company to israeli investors that literally do not exist.There is no israeli investor is mentioned anywhere nor any israeli company in kenya with water interests in Kitale. the claims are just false.
Then again there are no tax records anywhere of 74 employees……or sales of $515,000 which he claimed on standardmedia and howwemadeitinaafrica
Kenyans are so stupid to be buying into such nonsense.There is not a single tax record of any sales of items considering there is
— tax on products sold
— tax for employee payments
— tax returns for the company
there is no record anywhere of such things. so how is it possible to sell water with this amount of sales without tax records. how can someone run a company this big for years without paying taxes or even records of the same
33,000 water bottles and 74 employees without tax records of any kind. A standard check of the company you can be surprised that there is literally noting going on, considering this is a product consumed by people

4.Each interview he gives different numbers

Then again his story of gigavia.com is a story of contradiction and things that don’t add up.His website gigavia.com which he said has raised $1 million from investors and has 10 universities is nowhere to be seen
According to bbc (https://www.bbc.com/news/world-africa-25095037) his website has 47 countries are represented, 493 instituitions, more than 1000 teachers and 352 mentors
now the website is nowhere to be seen with all these numbers and investors

5. This is even the craziest of them all. This guy told business daily on ( https://www.businessdailyafrica.com/magazines/1248928-1478296-cvval3z/index.html). that Mastercard foundation invested $2.5million into his water project. A call or inquiry to mastercard office confirms they have never invested in his project except only a different award which he got from African leadership Academy. There are claims that he provided a fake title deed of 55 acres which is a criminal offence, and mastercard pulled out
6. These are the sources and you can investigate and confirm this for yourself

You should expose this guy because he keeps lying about selling water and then not paying people who market his app olla for him which is probably another scam.