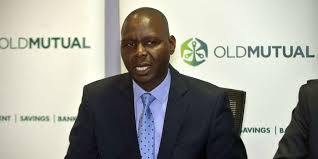 We continue trying to unmask this man, John Mutua Mwaka and his partner Boniface Musumbi. This is a CEO who doesn’t mean any good for SASRA. He frustrated the Internal Audit Manager until he had to resign.

The auditor was forced to stay in a very tiny office which didn’t even have the right furniture, that is, it had a dining table and old chairs and didn’t have filing cabinets; while the peers at the same level had very spacious comfortable offices with all the necessary facilities. Musumbi was in charge of the new office and the allocations hence ensured that he made the auditor extremely uncomfortable.

Mwaka had transferred the auditor to another parastatal on secondment, a staff who reports to the board!!!! This amounts to insubordination but because Mwaka had pocketed Ole Lenku, the board could not do a thing.

He had appointed another auditor after illegally transferring the one who was exposing him but later the board reversed the anomaly.

The Auditor questioned the procurement process where the new office partitioning was exaggerated to Kshs. 170 million and procured as a restricted tender. The process was marred by uncountable malpractices and illegalities including Mwaka giving out a letter of offer before the authority could secure funds, thereby contravening the law. The auditor had exposed how Mwaka had procured items outside of the approved procurement plan for 2016/17 budget.

Another issue was that the auditor had questioned a 24.5% variation on medical insurance without any performance evaluation report to support. He has been frustrating efforts for the board to employ an auditor while he continues to loot. We feel that the SACCOs should stop paying levies if the board refuses to do something. Mwaka is on a looting spree now that there is no auditor.

Mwaka’s wife owes Lamu teachers SACCO and Imarika SACCO money where she took a loan and refused to pay because where can the SACCOs take her and the husband is the regulator? Someone should tell this family that the money belongs to the SACCO members and she should pay back with interest.

Mwaka ensures that there’s a trip to Canada every year to visit the daughter funded by SASRA, while Commissioner Mary Mungai goes to USA but sometimes she joins Mwaka in Canada. All this is funded by SASRA. Why should SACCOs continue to pay levy to fund Mwaka’s responsibilities? Mwaka continues to earn commuter allowance while he uses an official vehicle. For how long shall we misuse money meant for SACCO supervision with personal escapades? Senior staff goes for unnecesary trainings every now and then so that they don’t question Mwaka’s many international trips. We also call upon any industry stakeholder of goodwill to rally behind SACCOs and ensure that the levy that they pay is used prudently for their own good.

As staff we are tired of the SASRA Chairman, John Munuve who cannot listen to anything which touches on Mwaka even when we have provided glaring evidence that all is not well. He’s wondering atakuwa akikula wapi? Nowadays they even hold meetings in Kikamba, three wakambas(Musumbi, Mwaka and Munuve) who have conspired not to hear anything that we are loudly saying. We need an external person to help before the authority is run down completely. Kindly Inspector General of state corporations, Treasury, EACC, DCI, DPP where are you?