This is the plight of our brothers and sisters who used to work for Safaricom and after falling ill due to work related illness, they were illegally laid off. Most of them are fighting the injustices committed to them by this corporate.

The fellas I spoke to used to be Safaricom call center employees along Mombasa road. They were illegally relieved after they started suffering from a condition called Acoustic shock syndrome. This is a very serious condition which is usually an involuntarily response to sound perceived as traumatic ( mostly loud uneven sound near the ear ) . There are myriad symptoms of this disease which include numbness or burning sensation around the ear * snip **

When Safaricom fired them, they gave them a salary of 2 months . I have attached the letters Safaricom used to fire them .  I have hidden some info for security and confidentiality purposes 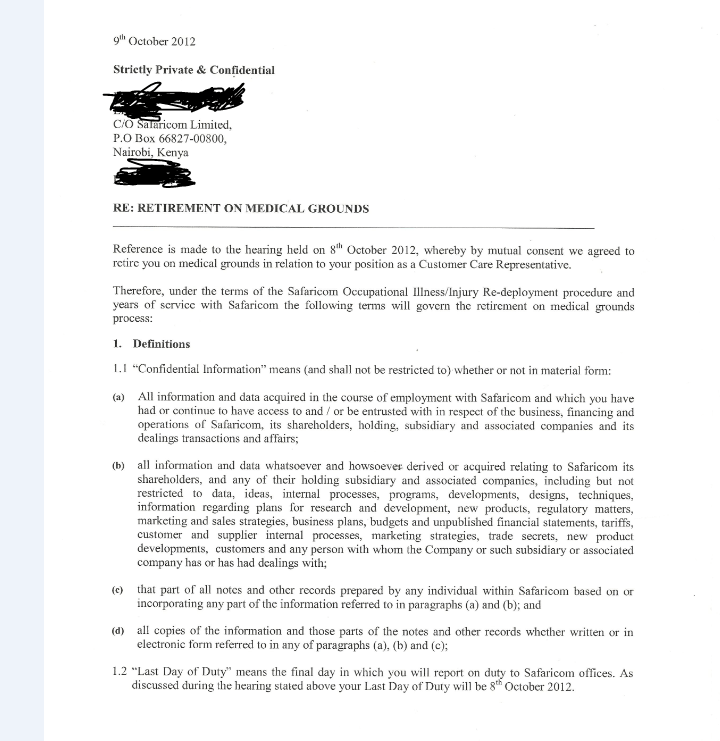 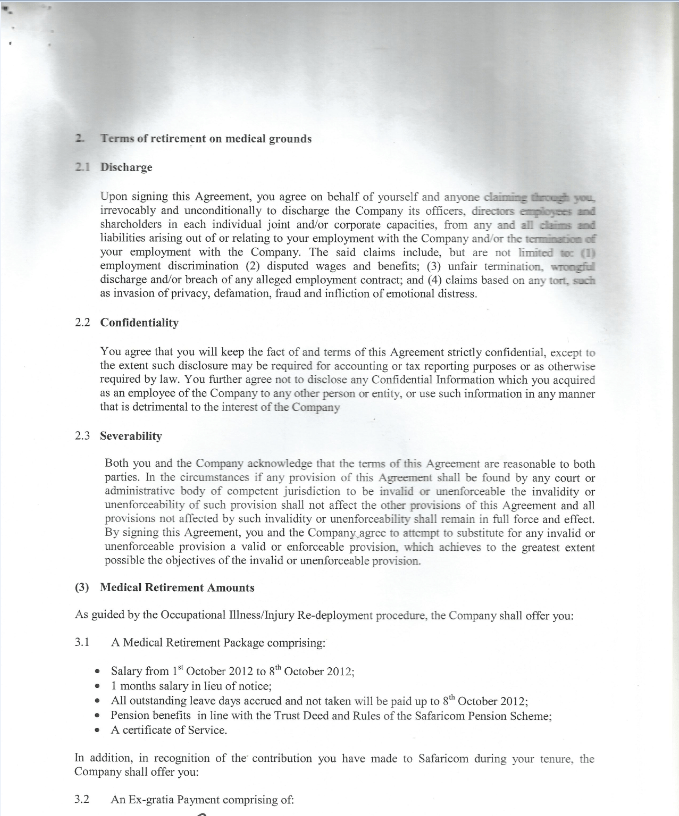 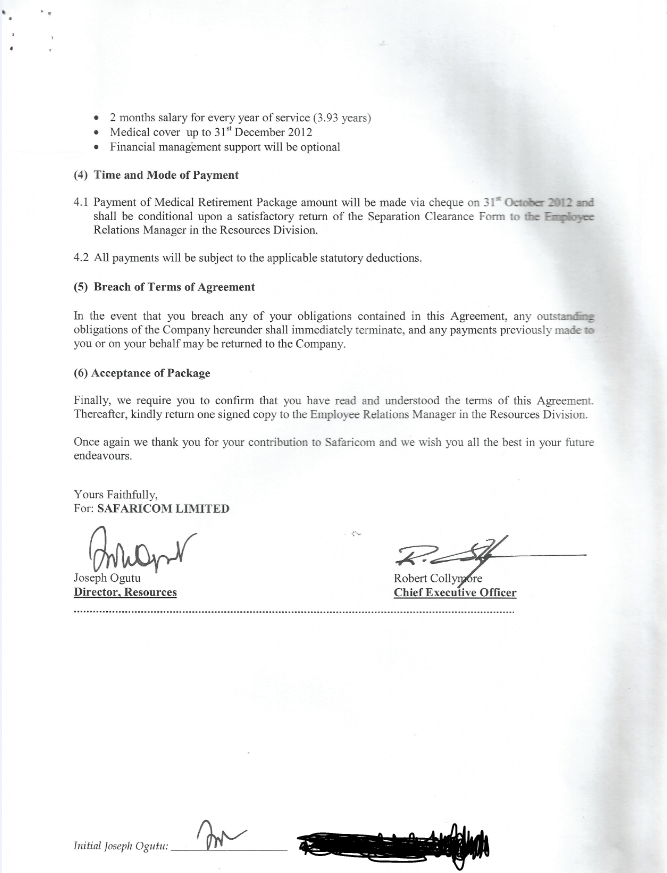