The value of unclaimed  Bonga points (Safaricom’s customer loyalty awards) has hit Sh3.94 billion in the year to March 2020, offering a great reprieve for customers who redeem for food and household items.

This year’s figure represents a rise from last year’s Sh3.85 billion due to the operators increased options for customers to use the resource to pay for air tickets, shopping, fueling cars and even repaying education loans.

Nearly one billion points valued at Sh301 million were redeemed in in April and May through the Bonga for Good initiative.

The initiative was launched on April 3 to help customers purchase goods and services amid economic disruption occasioned by the Covid-19 pandemic and the measures introduced to slow down the spread.

In the initiative, one point converts 30cents.

The giant telecommunication company has been pushing their clients to redeem bonga points since they are accounted for as a liability or deferred income in the telco’s books and only recognised as revenue once they are utilized by respective customers.

“Management defers revenue for every point accumulated and recognises the revenue relating to the points earned on redemption,” Safaricom said in their latest annual report. 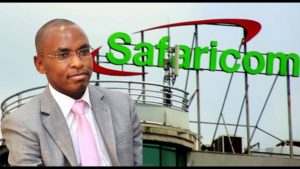 The scheme was introduced in January 2007 to give subscribers one Bonga point for every Sh10 spent.

Bonga points build up and tie up revenues for the telco when redeemed for both individual subscribers and enterprises.

Enterprise business customers earn loyalty points when they achieve their revenue targets and only redeem the points after revenue contracts with the Safaricom.

Safaricom is applying the same concept to recognise airtime revenue. In this case, prepaid airtime sold to customers is held as deferred revenue until the customer uses it.

Prepaid customers unused airtime and data bundles was at Sh2.5 billion at the end of March, similar to how it was in 2019.

The largest mobile provider had 35.61 million customers by the end of March. It’s net profit shot by 17.9% to Sh73.66 billion in the year under review.

In this article:Bonga Points, Coronavirus In Kenya, Safaricom