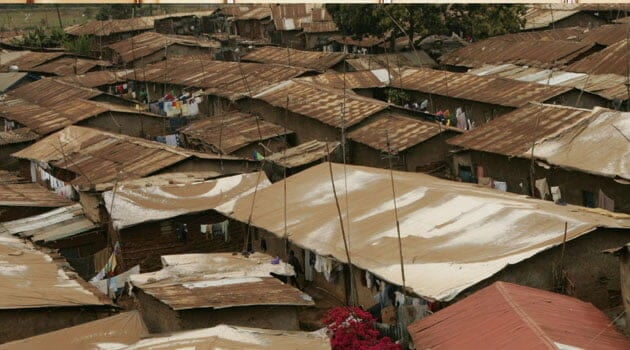 A mother and her three children were burnt to death on Thursday morning after fire broke out in their house in Nairobi’s Kibera slum.
Six other people were seriously wounded in the incident that occurred at Gatwekera area, destroying several houses.

Police believe the fire was caused by illegal electricity connections which are rampant in city slums.

“We are investigating to establish the exact cause of the fire incident,” Lang’ata Deputy Administration Police chief Gabriel Wanjala said.

The injured were taken to the Kenyatta National Hospital while the bodies of the four are at the City Mortuary.